SANAA: Sitting by her son’s hospital bed, Houdaid Masbah looks at her 5-year-old boy’s skeletal body and sunken cheeks, helplessness engulfing her like a thick cloud – a desperation she shares with many other mothers in Hodeidah.

Even before the war, Hodeidah was one of the poorest cities in Yemen, the Arab world’s most impoverished nation. Now, the destruction of the port city’s fishing boats and infrastructure by the Saudi-led coalition’s airstrikes over the past 18 months of war has deprived the townspeople of their prime livelihood.

The UN estimates that about 100,000 children under the age of five in the city and the surrounding province, also called Hodeidah, are at risk of severe malnutrition. Life became harder for the people in this Red Sea city after March 2015, when the coalition of nine Arab Sunni countries began bombing Yemen’s Shiite Houthi rebels to help the internationally recognized government of President Abed Rabbo Mansour Hadi return to power. The Houthis had pushed Hadi into self-imposed exile in Saudi Arabia and captured large chunks of the country, including the capital, Sanaa.

The coalition suspected the Houthis were using Hodeidah fishermen to smuggle weapons across the sea from Iran. The airstrikes destroyed most of the wooden boats along with fish storage facilities, markets, roads and bridges – leaving the fishermen jobless and fearful after seeing some of their colleagues were killed in the strikes.

Scarce resources
As Yemen’s conflict dragged on, food prices soared and gasoline ran out. At Hodeidah’s central hospital, the 12-bed unit for children with severe malnutrition has been fully occupied for months. Children reduced to skin and bone cry tearlessly as their mothers watch by their bedsides, unable to help.

Masbah, the mother of 5-year-old Salem Ali Salem, says her boy remembers only hunger. “From the day I gave birth to him … till now, we are suffering,” said the mother of eight. “He got better for a short period of time and then he relapsed.” Salem’s father is a fisherman and the family lives in Baqea, a village nearly an hour’s drive from Hodeidah. That’s where Ibrahim al-Kaali, a social worker, first saw him and helped bring him to the hospital in early September.

“When I first carried him, I was afraid of crushing his bones under the weight of my hands,” said al-Kaali. Salem’s family is just one of about 600 impoverished and desperate families in villages along Hodeidah’s western coastline, he added.

Before the war, a fisherman could support his family on about 700 rials a day (about 2 dollars), feeding them fish, bread and rice. But with no fish and no money, the villagers’ meals were mostly reduced to bread and tea for breakfast and a plate of rice for lunch, said al-Kaali. “We have 20 Salems, this (situation) is prevalent all over Hodeidah,” Ossan al-Abbsi, a pediatrician at the hospital, told The Associated Press, speaking over the phone like others interviewed for this story.

“There is an accelerating increase in the number of children suffering malnutrition,” he said. “We used to have five cases while the rest of the beds were empty on any given day. Now, you can never find an empty bed in our unit.”

Al-Abbsi says that even after the children improved enough to be discharged from hospital, their condition often deteriorated rapidly as their family struggled once more to feed them. International agencies have classified Hodeidah among nine of Yemen’s 22 provinces that are a step away from famine. A UN report in June said that in Yemen, “the highest malnutrition prevalence” is in Hodeidah.

The war’s results
More than 10,000 people have been killed or wounded in Yemen’s war so far, and 2.8 million have been displaced. The land-and-sea blockade imposed by the coalition and the Houthis’ ground offensives have contributed to the deteriorating situation. UN-mediated peace talks in Kuwait were suspended last month, with no signs of progress.

Over half of the country’s population of 26 million is suffering from food insecurity, according to UN figures. UNICEF said that 2015 nutrition surveys in five of 10 highly affected governorates in Yemen, including Hodeidah, showed that 96,600 children under the age of five are at risk of severe acute malnutrition – compared to 23,000 before the conflict escalated in March that year.

UN figures also show fishing declined by 75 per cent in Hodeidah and the western city of Taiz as the Saudi-led coalition restricted access to the sea and bombed boats. Food prices in Yemen have soared by 60 percent, according to a June-September report by the Integrated Food Security Phase Classification, which is being used by international organizations to measure food security.

Hodeidah used to have public markets with fresh produce and food items three times a week, while now they are only held once weekly because of fuel shortages, al-Abbsi said. At least 12 villages along Hodeidah’s coastline, including the one where Salem’s family is from, have never seen any type of development projects, leaving them marginalized and underdeveloped, al-Kaali said.

When the conflict erupted, they suffered the most. “Here you won’t find a school, a medical center … drinking water is from the wells. They are already deprived of everything,” he said. Sheikh Dawoud Gunid, a village elder in Baqea, said high levels of illiteracy and a shortage of medical centers, coupled with high transport costs, means children often receive no medical treatment until they are severely ill.

Ali Hassan Tanmina, a fisherman and a father of eight, said the airstrikes have made him fear the sea. “We can’t go to work to get food for our children,” he said. “We are besieged by hunger.”-AP 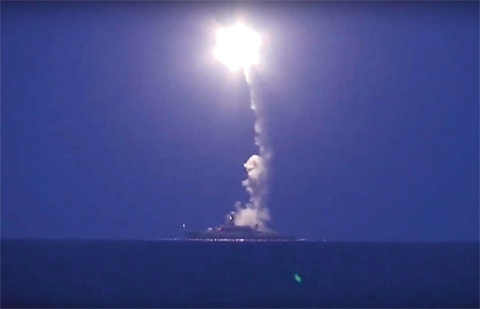 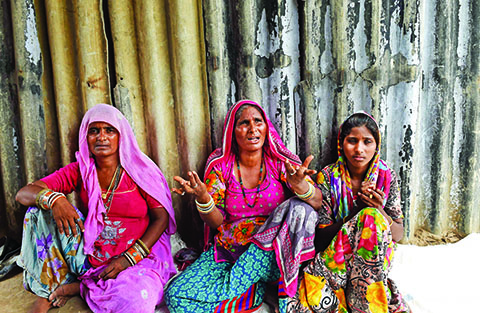 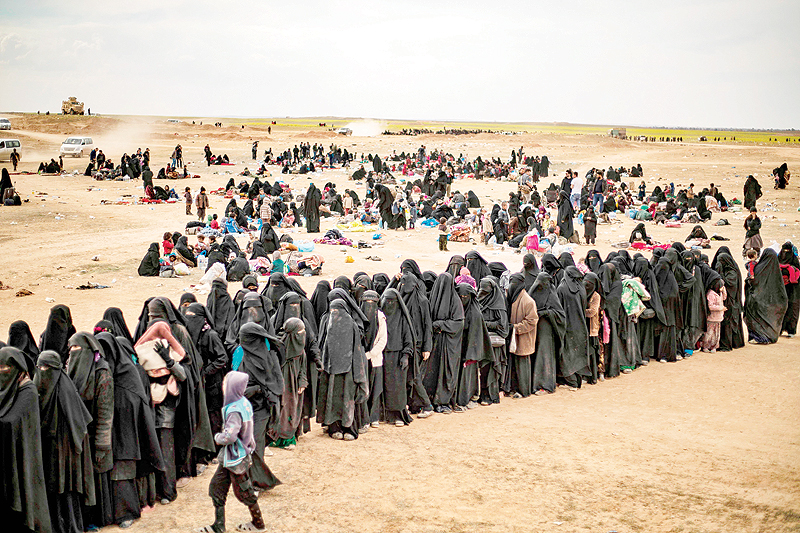 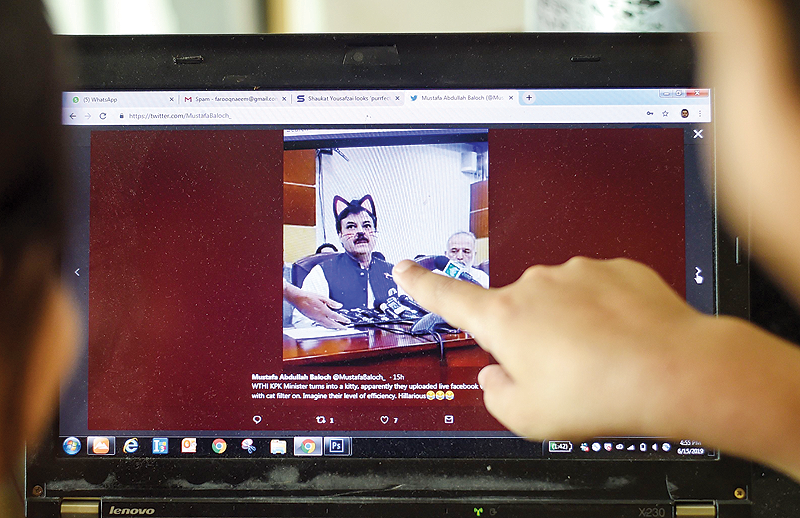