Proving that manliness can come wrapped in a skirt, design duo Sibling on Saturday stamped their style on London Fashion Week with a bold collection inspired by boxing and 1980s pop culture. Queen’s “Another One Bites the Dust” opened the show, held in the basement of the neo-Gothic Victoria House in the heart of the British capital, a fitting soundtrack to the British pair’s punchy but light-hearted designs.

The catwalk became a ringwalk as male models paraded in thick woollen hoodies decorated with medals, inspired by boxers’ robes. Punchbags were fashioned into fabric travel bags while the hand-strapping worn by fighters and martial artists provided the inspiration for a set of mittens. But pop stars as-well as pugilists were a driving force behind the collection, with the dominant royal blue palette a tribute to an album cover by 1980s pop diva Grace Jones, Sibling designer Cozette McCreery told AFP.

“The other person that was a huge influence was (Jean-Michel) Basquiat,” one of contemporary art’s leading stars and graffiti pioneer who died in 1988, she added. The designers encouraged men to shun fashion conventions, showcasing a range of skirts also embellished with medals. “We like legs,” said McCreery. “As a girl, I’d be very happy if lots of guys showed more leg”.

Earlier in the day, Astrid Andersen presented a comfortable and modern wardrobe inspired by urban street-wear, using a variety of materials including quilted nylon, denim and tweed in a collection she said was “focussed on fabric”. The palette ranged from grey to turquoise through to orange, and the young designer offered her own take on the male mitten, stretching all the way to the elbow. Shows for the autumn-winter 2016 season began on Friday and will continue until today. Men’s Fashion Week will then up sticks and head for Milan and Paris before ending in New York. Sales in men’s fashion leapt by 22 percent in Britain to £13.5 billion pounds ($19.6 billion, 18 billion euros) between 2009 to 2014, according to market researcher Mintel.-AFP 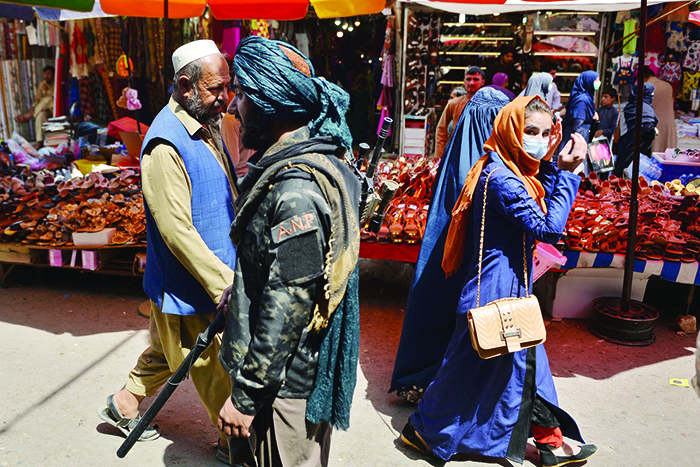 Turning from Afghanistan, US sets focus on China 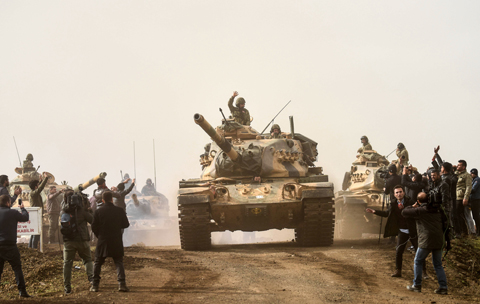 Turkey steps up assault on Kurd militia in Syria 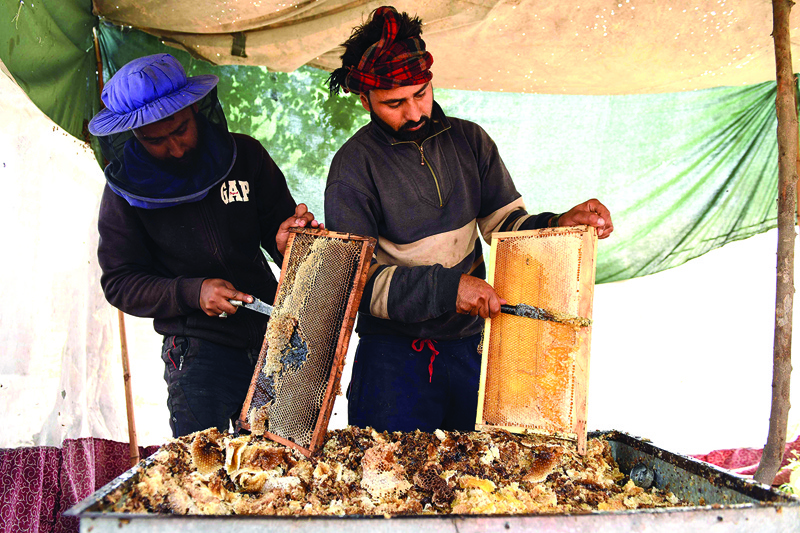