COURTRAI: Paris attacks suspect Salah Abdeslam wants to cooperate with French authorities once he is extradited from Belgium, his lawyer said yesterday, as Belgian police carried out a raid linked to a foiled French terror plot.

Soldiers and police combed through a wooded area by a busy motorway near Courtrai in northwestern Belgium, the latest in a series of raids since the Paris and Brussels terror attacks exposed a tangled web of cross-border jihadist cells. The sole surviving suspect of the November 13 Paris attacks in which 130 people were killed, Salah Abdeslam was arrested in Brussels on March 18 after four months on the run.

The arrest was considered a rare success in Belgium’s anti-terror fight, although he was found just meters from his family home and has refused to talk since the Brussels attacks despite having links to the attackers. “I can confirm that Salah Abdeslam wants to be handed over to the French authorities,” lawyer Cedric Moisse told reporters at a court hearing in Brussels. “I can also confirm that he wants to cooperate with the French authorities.”

A prosecutor was set to travel to the prison in the Belgian city of Bruges where Abdeslam is being held to discuss his extradition under a European arrest warrant. Belgian federal prosecutors “do not object” to handing the suspect over to France, said spokesman Eric Van der Sypt. A judge is set to rule on the extradition by today at the latest. Belgium has increasingly found itself at the centre of Europe’s battle against terrorism and authorities have faced strong criticism for not doing enough to keep tabs on suspected extremists.

The latest raid was linked to a thwarted plot in France, in which the main suspect, Reda Kriket, was charged in France on Wednesday with membership of a terrorist organisation after police found an arsenal of weapons and explosives at his home. “A raid is under way in connection with the (Reda) Kriket case,” Van der Sypt he siad.

He said it was taking place in Marke near the town of Courtrai, also known as Kortrijk, close to the French border. An AFP photographer at the scene said masked police and armed soldiers-some carrying metal detectors, others accompanied by sniffer dogs-appeared to be focussing on a sealed-off wooded area near a house and a petrol station along the E17 motorway.
In what could signal improved security cooperation, several European countries have made arrests in recent days over the thwarted plot linked to 34-year-old Kriket. Kriket was detained near Paris last week and a raid on his apartment netted a cache of assault rifles, handguns and TATP, the highly volatile homemade explosive favored by IS jihadists.
Another French suspect, 32-year-old Anis Bahri, was arrested in Rotterdam in the Netherlands at the weekend. And two other suspects-Abderrahmane A., 38, and Rabah M., 34 — have been charged in Belgium accused of involvement in the same plot.

Abdeslam 26, has asserted his right to remain silent since the day after his arrest, having been questioned for three hours only about the Paris attacks and not about possible further activity. The Belgian-born French citizen, who was caught unarmed after being shot in the leg in a dramatic police raid in Brussels, told interrogators he had intended to blow himself up at the Stade de France stadium in Paris but backed out at the last minute.

He refused to speak to investigators after Brussels was hit on March 22 by suicide attacks at the airport and a metro station that were claimed by the Islamic State group in which 32 people died. Abdeslam has been linked to at least two of the Brussels bombers. Khalid El Bakraoui, who blew himself up at the metro, rented a flat in Brussels where Abdeslam’s fingerprints were found.

One of the two airport bombers, Najim Laachraoui, once drove to Hungary with Abdeslam. Belgium is still searching desperately for a suspected third attacker, the so-called “man in the hat” seen in surveillance images next to the two airport bombers. With no suspects in custody over the attacks, police yesterday appealed for CCTV footage from members of the public.

In a statement, they asked all residents and business owners in the Brussels region who have surveillance cameras pointed at public roads not to delete any footage from March 15 onwards in case it could help the inquiry. – AFP

Under fire on abortion policy Trump fights to court women - 'Every issue is a women's issue.' 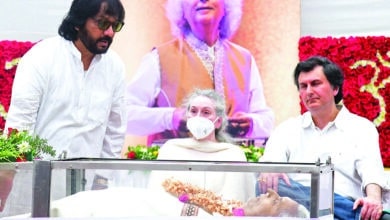 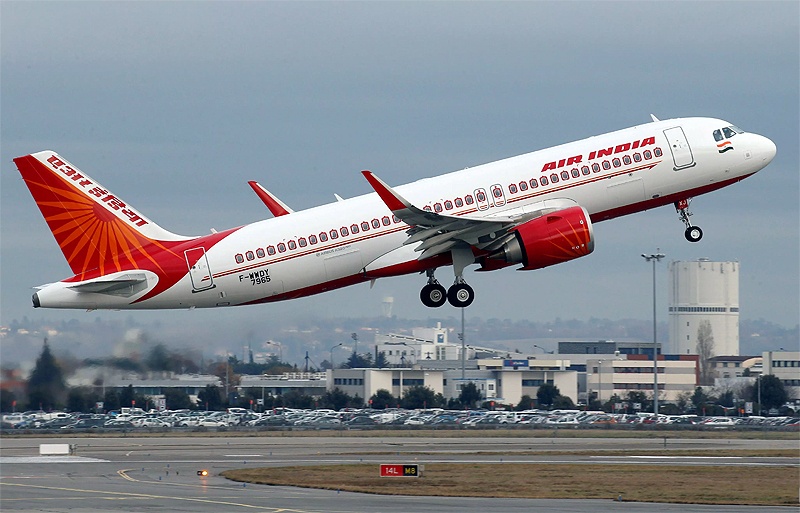 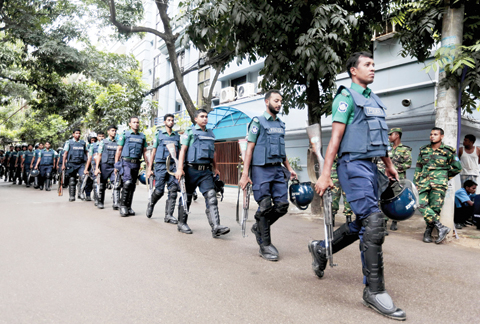 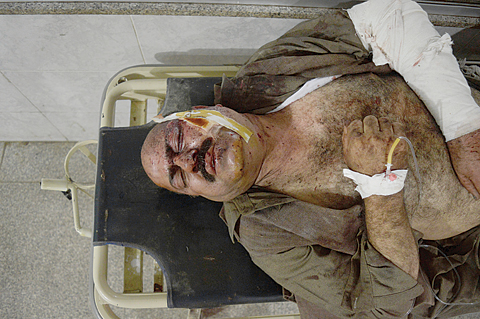