KUWAIT: The Cabinet yesterday warned again that there would be no tolerance for those who deliberately disrupt work at vital facilities or cause damage or loss to state interests, as a walkout by thousands of Kuwaiti oil workers entered its second day, slashing production by over 60 percent. The oil workers’ union however insisted it will not back down unless all its demands were met. It called for abolishing plans to cut the workers’ benefits and scrap plans to include oil workers under a new payroll scheme. The union added the response of the strike has so far been very impressive.

Meanwhile, 10 lawmakers yesterday filed a motion requesting a special session on Thursday to debate the consequences of the open-ended strike by the oil workers and its potential damage to the national economy. The lawmakers said in their request that the total strike could cause extreme harm to the country’s national interests and utilities and result in huge financial losses for the country that will rise day by day.

They said the special session was necessary to debate the legitimacy of the strike and the interests of the workers and the nation. They also said the debate will allow MPs to hear the views of the government. There was no immediate reaction from the Assembly speakership or the government over the request which was signed by MPs Saleh Ashour, Jamal Al-Omar, Hamdan Al-Azemi, Ahmad Al-Azemi, Abdullah Al-Turaiji, Humoud Al-Hamdan, Talal Al-Jallal, Fares Al-Otaibi, Saud Al-Huraiji and Abdullah Maayouf.

Thousands of Kuwaiti oil workers began an open-ended strike on Sunday to protest measures by the oil ministry to cut financial benefits of the workers as part of austerity measures. The government also wants to include oil workers under a new payroll scheme that would cut their salaries and incentives. The strike has slashed the country’s crude production to 1.1 million barrels per day from the normal 3.0 million barrels and also reduced refining and gas production operations.

Kuwait Petroleum Corp (KPC) officials have insisted that production will rise gradually over the coming few days as KPC was asked by the Cabinet to recruit manpower from Kuwait and abroad to help operate oil facilities. The council of ministers is also taking legal measures against workers who have joined the strike.

In their weekly meeting, the ministers were offered a detailed explanation on the efforts by KPC and affiliate companies to handle the situation. An account was offered by Minister of Finance and acting oil minister Anas Al-Saleh and a team from KPC and Kuwait National Petroleum Company (KNPC) and Kuwait Oil Company (KOC). The efforts mainly focused on activating a contingency plan to honor KPC’s commitments, providing fuel for the stations of the ministry of electricity and water and oil products for the local and global markets.

The Cabinet lauded the efforts and the national role played by workers in oilfields and refineries, and the “spirit of responsibility” manifested by retired ones and volunteers who offered to work and fill the gap, State Minister for Cabinet Affairs Sheikh Mohammad Al-Abdullah said. The Cabinet also reviewed the legal steps and procedures KPC and subsidiaries are taking in line with their regulations against strike inciters and those who caused damage to the state’s potentials and public funds, for maintaining state interests.

KPC to Boost Oil Production
Khaled Al-Asousi, KNPC’s deputy chief executive for support services, said output was now 1.1 million barrels per day but would reach normal levels in coming days. “We have several alternative plans – today some of the staff returned to their places of work. Partner companies are participating in the increase in production. The situation is reassuring.” Non-Kuwaiti workers in the industry are not on strike.

Before the strike, Kuwaiti oil production was running at about 2.8 million bpd, Reuters data show. “We expect a big increase in crude inventory in the coming days and we have enough stocks for export and we have no fears of a stoppage of any shipment,” Asousi said. He also said, “Supplies of petroleum derivatives for the local market are enough for a whole month.”

MP Abdullah Al-Turaiji meanwhile called for the need to appoint a fulltime oil minister from within the oil sector, which has many highly-qualified officials who are fit for the job. The lawmaker also called for the dismissal of the board of directors of KPC for failing to deal with the legitimate demands of the workers to convince them not to strike. Turaiji called for resorting to reason over the strike which has cost the country massive losses and said he was confident that the issue will be resolved quickly.

Liberal MP Rakan Al-Nasef said that the strike is a grave mistake which has caused massive losses and harmed the country’s supreme interests, adding that accepting the workers demand in a manner that could undermine national security is totally rejected. He said the right to strike is legitimate but warned that there are mechanisms that must be followed before the strike which could achieve workers’ rights.

Unions Vow to Continue Strike
Speaking at a press conference held yesterday, heads of the oil sector employees’ syndicates insisted on their demands and stressed that the strike would continue until these demands are met in full. They also said that they are not demanding any pay raises and only seek to maintain and protect the gains they already have.

“Hear from us and not about us, listen to your children in the oil sector!” said the head of KNPC employees’ syndicate Mohammed Faleh Al-Hajri, addressing the prime minister. Hajri also addressed the Kuwaiti people, noting that what was happening in the oil sector would happen to them later. “We have and will defend you and the protestors are still holding out for your sake,” he added.

Head of the KIPCO employees’ syndicate Farhan Al-Ajmi said that the demands made by the oil union and syndicates all revolve around protecting the rights those employees already have and that they were not demanding anything new for the time being. “Our strike is to protect our rights and not to get more,” he remarked.

Head of KOC employees’ syndicate Salah Al-Marzouq pointed out that employees support the government in its rationalization plans but they refuse to let it take away any incentives they are already getting according to the private labor law number 6/2010 and the oil sector law number 28/69. “Officials have been misinformed about our demands and were told we are demanding raises, but we refuted this and the truth will surely reach them,” he said, urging protesters to be patient because previous strikes that mostly lasted for a week did not get them anywhere.

At the workers’ union headquarters in Ahmadi, strikers gathered in tents despite rising temperatures that kept most of the public inside. Protest banners reading “we will not compromise” and “no to a strategic alternative, the country is not for sale” were hung by workers who vowed to continue pickets, even if they were fewer in number than on Sunday.

“Workers in Kuwait Oil Company are determined … We are convinced of all that we do, the workers have a legal right to strike,” said Eman, an employee in KOC’s administrative department. She said her colleagues who were not participating in the strike were supportive of it but feared the consequences of walking out. Abu Abdullah, another worker, questioned government threats to take legal action against organizers of the strike. “I don’t believe that Kuwait would do such a thing or turn into a police state,” he said. (Material from agencies used in this report) 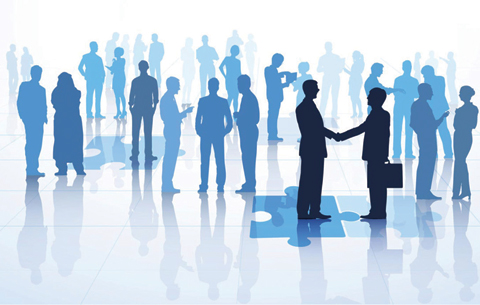