KUWAIT: On June 30, 1946, late Amir Sheikh Ahmad Al-Jaber Al-Sabah turned a silver wheel to begin the process of Kuwait’s first crude oil export aboard the tanker ‘British Fusilier.’ Today marks the 70th anniversary of exporting the first Kuwaiti oil shipment. This enabled the State of Kuwait to join the ranks of the world’s major oil producers.

At seven o’clock in the morning of the 30th of June, 1946, a grand celebration was occasioned by exporting the first Kuwaiti oil shipment. The celebration, held under the auspices of the late Sheikh Ahmad Al-Jaber A-Sabah, then the Amir of Kuwait, was attended by the country’s senior officials, the Political Resident in the Gulf area, the Political Agent in Kuwait and a distinguished audience of guests.

Southwell, Director of Kuwait Oil Company Ltd, London, started the event by receiving Sheikh Ahmad Al-Jaber A-Sabah and his companions and escorting them to the ceremony site, where the silver wheel had been placed to herald the occasion.
Sheikh Ahmad turned the wheel to start the first Kuwaiti crude oil shipment flowing smoothly through an off-shore pipeline to the British tanker Fusilier. A total of 10,567 tons of crude oil were loaded in 11 hours and 13 minutes, an average of 950 tons per hour.

In response, Sheikh Ahmad Al-Jaber A-Sabah said: “Every one of my people and my friends will rejoice with me in this happy event, which by the Grace of God is for our future and welfare. I thank God for such an opportunity as this which will help us carry on with the various improvement which we desire for the happiness and welfare of the Kuwaiti people.

“I would like to further mention the assistance offered by the Company during their operations in our country. My thanks are also due to Her Majesty’s Government for their help in making such operations a success, and to my personal friends the British and American members of the Board as well as to all the Company’s staff for their valuable assistance. I am sure the friendship relation existing between us and the Company will continue to exist in a spirit of cordiality and good will,” he added. Following the event was a ceremonial war dance (Al-Ardha) held in Kuwait city. At night, fireworks ended the activities of the occasion.

Nationalization
A new era of historic importance began on December 6, 1975 with the nationalization of Kuwait’s oil industry. In line with all the other Arab oil producing states, Kuwait began negotiations in the early 1970s to restore control over its own natural oil resources.

By mutual agreements with the Company’s two original partners, the State’s shareholding in Kuwait Oil Company was increased progressively until full control was achieved. On March 5, 1975, an agreement was signed by the State of Kuwait and the two oil companies (British Petroleum and Gulf) giving Kuwait complete control of its oil resources.

The development of Kuwait’s early oil industry to its prominence in the world of oil today is of course due to the abundance of the God-given gift; however, much of it depended on the wise direction of Kuwait’s rulers and the business acumen of the Kuwaiti people.

On the 50th anniversary of the first shipment of crude oil from Kuwait, the late Amir Sheikh Jaber Al-Ahmad Al-Jaber Al-Sabah unveiled a memorial monument in Ahmadi on June 30, 1996. The late Amir also turned a symbolic golden wheel in memory of the original ceremony.

KOC has dedicated a memorial monument on the 50th anniversary of exporting Kuwait’s first crude oil shipment. The monument highlights the importance of the event in bringing together Kuwait’s glorious past with its bright and promising future. – KUNA 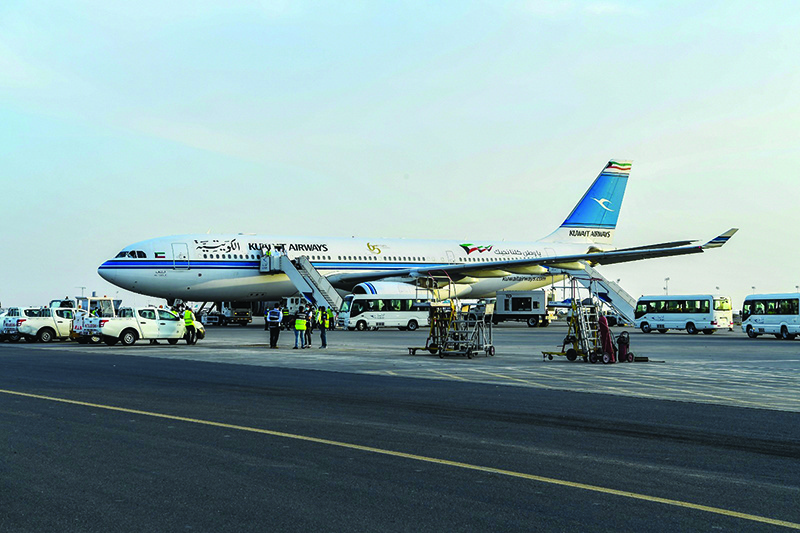 611 expatriates return to their home countries from Kuwait

Duo sentenced to jail for burying 80 dogs in desert 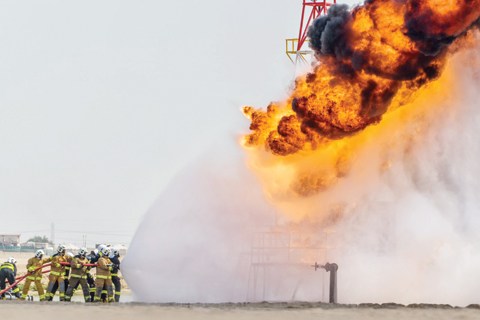