KUWAIT: A female citizen wanted for financial claims was arrested while driving her vehicle under the influence of alcohol in Hawally, said security sources. Case papers indicate that a police patrol noticed that a vehicle was being driven erratically and on stopping it, the driver reeked of alcohol and had three bottles of whiskey. On checking her ID, detectives found that she was wanted. A case was filed and the suspect was referred to relevant authorities. Separately, Jahra detectives arrested four people under the influence of drugs with illicit pills at an Abdaly farm, said security sources.

Bad storage
Doha Port customs inspectors seized a shipment of inedible foodstuff from Iran, said security sources, noting that the shipment of potatoes and truffles arrived onboard three boats. On examining it, the foodstuff had already gone foul due to bad storage conditions.

Security campaigns
In the last raid before the interior minister issued a decision banning raiding private residences or cafes without a search warrant from the public prosecution, Ahmadi detectives stormed a Mangaf apartment that had been reportedly used for vice activities, said security sources. In a separate incident, Ahmadi detectives also inspected an illegal marketplace in Mahboula where 64 peddlers, 10 wanted expats and four others with expired residency visas were arrested, said security sources, noting that Ahmadi security director Brig Abdullah Saffah submitted a memo to MoI undersecretary demanding deporting the 64 peddlers.

Company sentenced
The court of appeal sentenced a local company to compensate its previous operations manager by KD 50,600 for dismissing him without due reason and not paying his indemnity and other allowances.

Student in Jordan shot during fight 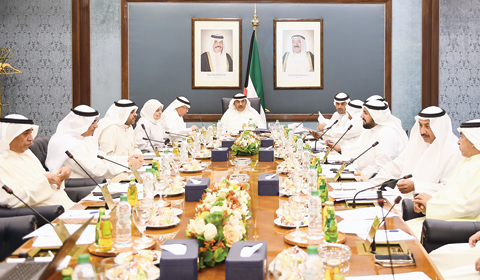