Although it opened five years ago, not many people know about the Kuwait Police Museum in Bneid Al-Gar. The building was the police station of the area before it was turned into a museum on Feb 20, 2014 by the National Council for Culture, Arts and Letters.

Before entering inside the museum, visitors can enjoy the outdoor section of the museum, which has various old Kuwaiti police patrol cars, from the oldest vehicle to later models. A bomb disposal robot can also be seen in front of the museum.
The small museum has only five rooms, which have hundreds of items on display. The main room is in the middle of the building and is the largest. It has been kept in its original setting as the reception area of the police station. The other rooms are divided according to different historical periods, from 1938 till 1960. The items displayed are all related to the history of Kuwait’s police from its foundation in 1938 until the present day.

Documents
Visitors can find old documents, even from the British era. Kuwaiti passports of different generations are on display too. Other documents include identification cards and driving licenses, in addition to archive documents and identification papers. There are also old license plates in different colors. In the early stages of vehicle registration, cars in Kuwait had short three- and four-digit plate numbers. Pictures of various ministers of interior are also found here.

Weapons and uniforms
The museum displays police tools and equipment including guns, pistols, revolvers, swords and the different uniforms worn by policemen in various periods from the 1930s. The first uniforms included the traditional ‘shmagh’ headdress, followed by the ‘ghutra’, which in turn was replaced by the beret. The museum houses a mini-crime lab, including a forensic entomology section and a fingerprinting kit. Visitors can also see various artifacts and electric generators.

The museum welcomes few visitors, despite entrance being free. But according to the museum guide, the museum receives many students during school tours.

Kuwait’s police museum is located in Bneid Al Gar, Block 2 on the corner of AlMuhallab and 83rd Street (next to Assahah restaurant).

The roads of suffering 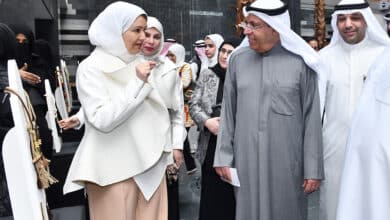 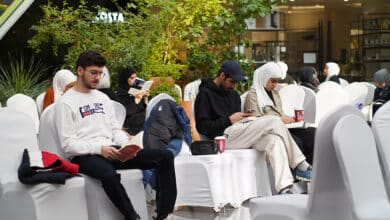