BEIRUT: Three weeks after the catastrophic explosion at Beirut port, Lebanon is drifting towards even more trouble as its politicians fail to agree a new government that can arrest a financial meltdown. As Lebanon grapples with the aftermath of the blast that killed 180 people, its politicians have been locked in fruitless talks to agree on a new prime minister who might be able to restart International Monetary Fund talks and enact reforms.

Even before the Aug. 4 port explosion, caused by unsafely stored chemicals, the financial collapse had devastated lives across Lebanon, fuelling hyperinflation and poverty and demolishing the value of savings in a now zombie banking system. An intervention by French President Emmanuel Macron, who is due to visit again Lebanon on Sept. 1, has been unable to break the impasse among the sectarian leaders responsible for steering Lebanon into crisis.

All-too-familiar personal rivalries and factional interests are getting in the way. Now, barring a course correction, Lebanon is at risk of even deeper chaos, in the assessment of three senior sources from different parties. The central bank has warned it can only subsidize imports of basic goods for three more months, an official source said, raising concern that prices of fuel, wheat and medicine will spiral later this year.

“It is very dangerous now. We were at a crossroads: either the right path or continuing going down the road to no IMF, no international aid, no money. This is pushing Lebanon towards chaos, complete collapse,” said one senior political source. A senior European diplomat said: “The speed of politics does not reflect the urgency of the situation. Does August 4 not show things need to change?” France’s foreign minister said on Tuesday Lebanon’s leaders should not use the explosion as an excuse to hide the reality that the country was on the edge of a precipice.

“We hope that this moment will be the moment which allows the Lebanese authorities, the Lebanese officials, to take the necessary leap for a government with a mission to initiate the essential reforms that everyone knows (are needed),” Jean-Yves Le Drian said. The financial collapse is the biggest threat to Lebanon’s stability since the 1975-90 civil war. Donor states want to see reforms to curb waste and corruption that are the root causes of the collapse. But three cabinets have failed to make progress on reform since donors pledged more than $11 billion to Lebanon in 2018. The currency has sunk by as much as 80% since October.

‘We don’t know who is in charge’
Prime Minister Hassan Diab quit on Aug. 10 over the port blast. Nominated by the Iran-backed Shiite group Hezbollah and its allies in January using their parliamentary majority, Diab stays on as caretaker until a new government is formed. The prime minister must be a Sunni Muslim in Lebanon’s sectarian power-sharing system. Hezbollah and its Shiite ally Amal are pressing for the return of Saad al-Hariri, seeing him as well placed to galvanize foreign support.

But this has hit resistance from several parties, each for their own reasons. The opponents include Hezbollah’s ally the Maronite Christian President Michel Aoun and his son-in-law, Free Patriotic Movement leader Gebran Bassil, who have been at loggerheads with Hariri since last year. At the other end of the spectrum, neither the Christian Lebanese Forces Party, seen as close to Saudi Arabia, nor Druze leader Walid Jumblatt want him back in the job for now.

“If it isn’t Saad Al-Hariri, we will remain with a caretaker government” until the end of Aoun’s term in 2022, said a senior politician familiar with the thinking of Hezbollah and Amal. “We are currently in a state of chaos,” the politician said. Without a deal on a new government, “we will go to even more chaos in the street”. Hariri announced on Tuesday he was not a candidate for the job. He has insisted he will only become prime minister of a cabinet of non-aligned experts with public sector experience able to drive through reform.

The Saudi ambassador to Lebanon, Waleed Bukhari, told Reuters reforming Lebanon was more important than the identity of the next prime minister. “What matters to the international community is the next government’s program and its … policies to meet the expectations of the Lebanese people and restore trust,” he said. Unless a compromise can be reached on Hariri, the choice now for Hezbollah, Aoun and Lebanon’s powerful parliament speaker and head of the Shiite Amal movement Nabih Berri is whether to seek out another Sunni or leave Diab in a caretaker capacity.

Hezbollah and Amal do not want anyone but Hariri, the politician familiar with their thinking said. “Now, after three weeks, there has been nothing; we don’t know who is in charge,” said a former government minister. “Not one of the current elite has moved one inch” in addressing demands for a government that implements political and economic reforms. “No one is asking ‘what is it that we have to do?’ No one is proposing anything.”

The ruling majority in the political establishment could lean on the central bank to access the gold reserves to finance subsidies for a while longer to stave off chaos, said a senior opposition official familiar with the Lebanese Forces’ position, referring to reserves valued at $18 billion as of Aug 15. But he added: “I can’t see any compromise government being able to conduct any reforms and I can’t see them agreeing on an independent government. This is pushing the country into further chaos either way.” – Reuters

'You won't be safe' under Joe Biden, Pence warns US voters 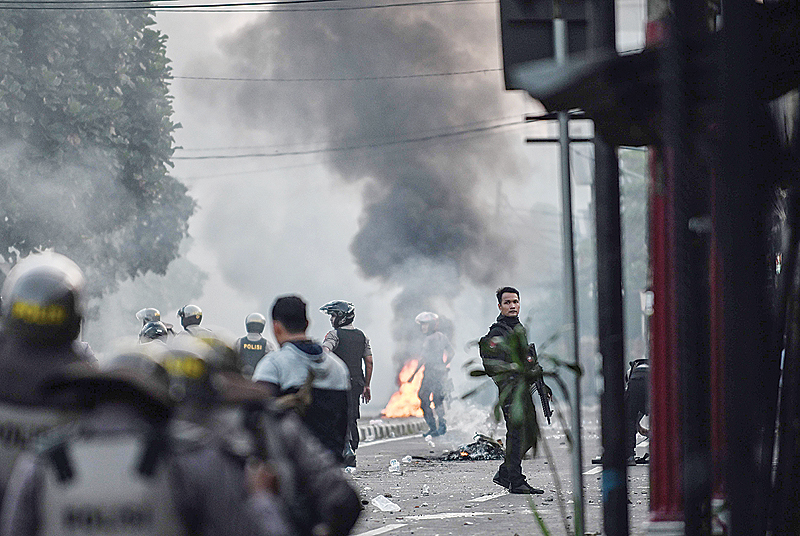 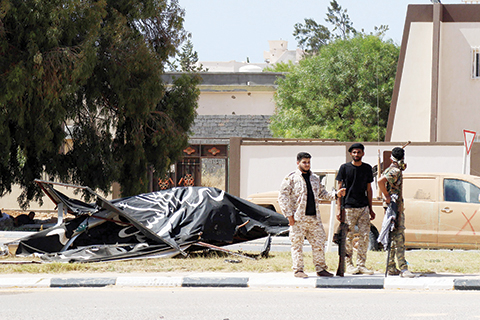 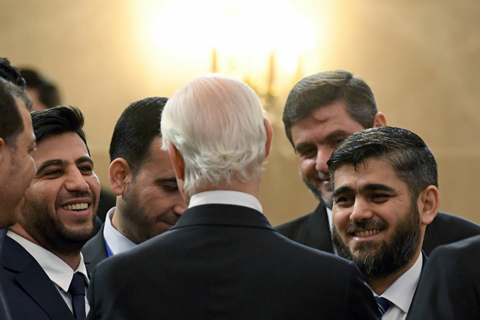 Syria talks off to rocky start 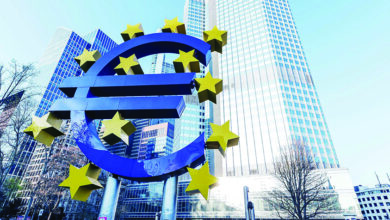