I am extremely grateful that my clients and readers come from all walks of life and that I get to work with companies and individuals. I am also very happy that I can reach out to expats with my legal writings and explain to them my country’s legislation, making their transition to Kuwait easier. Kuwaitis are so blessed to be exposed to the diversity of people in Kuwait and to learn from them and their culture. The diversity of nationalities in Kuwait is just amazing.

Not driving
Question: I was drinking at a party at the weekend, and I know it is not right to drink and drive, therefore I got into a cab. Yet there was a police check and they talked to the cab driver and that’s when I started talking to the police officer. The police officer realized that I had been drinking and he took me to the police station. I don’t understand. I was not driving.
Fajer: This is one of the most common concerns that I receive. Because there is an major emphasis in the West about drinking and driving, many people mistakenly think it is okay to drink in Kuwait, as long as they don’t drive. That is not true. The punishment is as follows:
Article 206(d) of Kuwait Penal Law states that ‘Any person who takes alcoholic or intoxicating beverages to a public place or to a place where he may be seen by others be it a public place or a private club and any person who brings the alcoholic or intoxicating beverage to the said place for another person to consume shall be penalized for a period not exceeding six months and/or fined not more than KD50. Any person who is found drunk will be punished the same.

Worst case scenario
Question: I was at a party and we had a lot to drink, after drinking we went downstairs and got into a car. I was drunk but I was not driving, my friend was. We were driving down the road, and my friend cut another car off. This made the other person lose his temper. So he stopped the car and my friend and this guy got into a fight. The police showed up and obviously we all had to go to the police station. This is when the police officers found out that I was drinking and therefore decided to hold me at the police station and put a case against me.
A.) What can I do?
Fajer: You need to get a lawyer as soon as possible. You will need to give the lawyer a Power of Attorney. Make sure you tell your lawyer the truth, so they can decide what to do.

B.) What could I be punished for? What will happen?
Fajer: Although there is no crime for consuming alcohol in private, being under the influence in public could cause the police to question you or keep you at the police station until you are no longer under the influence. I can’t fully say what will happen as I don’t know the specifics of the story. Were people hurt? Did you talk back to the police? Did you get violent at the fight, and so on. Usually though, these are the steps taken:
1. They will ask for your blood/urine test to see the percentage of alcohol in your body and add it to the investigation.
2. An investigator will ask you to come in and ask you questions about the incident.
3. A case will be opened and forwarded to court from the public prosecutor. Punishment options will be written in the statement.

C.) What is the worst case scenario?
Fajer: Again, I cannot answer the questions as I don’t know the full circumstances, but being under the influence in public as I have stated above there is a punishment and it can be either deportation and/or a fine of up to KD 50 and/or jail time of up to six months. Usually if it is your first offense and no one else was hurt, you will be let off the hook.
I hope the above is helpful, please stay legal and safe.

For any legal questions or queries, email [email protected]
By Attorney Fajer Ahmed

IS ‘on which sun never sets’ 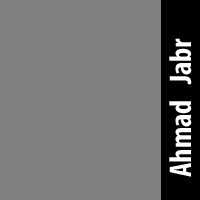 Remembering the diplomatic efforts a key to honoring the Liberation