DENVER: Alex Dickerson had three home runs among his five hits and added six RBIs, and Brandon Crawford and Donovan Solano also drove in six runs each to lead the San Francisco Giants to a 23-5 win over the Colorado Rockies in Denver on Tuesday night. Dickerson tied Willie Mays’ modern-day franchise record for total bases in a game with 16, as he added two doubles to his homer haul.

Crawford finished with three hits, including a homer, and Solano had four hits in the rout. Brandon Belt and Joey Bart had three hits each, and Mauricio Dubon, Evan Longoria and Mike Yastrzemski each had two of the Giants’ 27. San Francisco scored at least one run in the first eight innings, then was shut out in the ninth with Rockies catcher Drew Butera on the mound. Garrett Hampson hit two home runs for Colorado, which has lost four of five on its homestand.

Victor Reyes drove in a career-high five runs, including a two-run homer, and Detroit stretched its winning streak to six games by thrashing host Milwaukee. Christin Stewart smacked a solo homer and Willi Castro supplied two hits, two runs scored and an RBI. Grayson Greiner hit a two-run homer against position player Orlando Arcia, who pitched the ninth. Detroit has won eight of 10 to exceed the .500 mark. Tigers starter Michael Fulmer, who is on an innings limit, held the Brewers scoreless in three innings while striking out a season-high six batters. Daniel Norris (3-1) struck out five in 2 1/3 innings to get the victory.

Starling Marte, making his Miami debut, slugged a solo homer to break a tie in the eighth inning, leading his new team to a victory over visiting Toronto, helping Miami — which still has the worst home record in the majors at 2-8 — get its first win at Marlins Park since Aug. 14. Marte, who was acquired from the Arizona Diamondbacks on Monday, homered on a 91 mph fastball from reliever Shun Yamaguchi (1-3).

The drive traveled 438 feet to left center. James Hoyt (1-0) earned the win in relief for Miami. It was his third career victory and his first since 2017 with the Houston Astros. Marlins standout shortstop Miguel Rojas left the game in the seventh inning due to an apparent leg injury. He was replaced by Jazz Chisholm, who made his major league debut.

Brad Miller homered twice and recorded a career-high seven RBIs as St. Louis didn’t allow ace Sonny Gray to make it out of the first inning in the rout of the host Reds. Miller and Kolten Wong each had four of the Cardinals’ 23 hits en route to their highest-scoring contest since a 17-4 win over Pittsburgh on May 9, 2019. St. Louis scored six times in the first inning off Gray (5-2, 3.19 ERA), who entered with a 1.94 ERA, but allowed five hits and walked three of the 10 batters he faced over 38 pitches and a career-low two-thirds of an inning as a starter. Meanwhile, Cardinals starter Kwang Hyun Kim (2-0, 0.83 ERA) gave up three hits over five scoreless innings. It was the second time this year he did not yield a run against Cincinnati, which has dropped three in a row. St. Louis has won three in a row.

Gio Urshela hit a tiebreaking two-run double and scored another run on an error on the same play with one out in the sixth inning and host New York snapped a six-game losing streak to Tampa Bay. The Yankees beat Tampa Bay for only the second time in nine meetings in the abbreviated 10-game series and posted their first home win over the AL East leaders. DJ LeMahieu homered in his first two at-bats off Trevor Richards, and Masahiro Tanaka (1-1) allowed two runs on three hits in a season-high six innings. Tanaka struck out a season-high seven, walked one and threw 88 pitches.

Zach Plesac returned to action and allowed just one run on four hits in six innings, walking none and striking out six as Cleveland won at Kansas City. Plesac (2-1) had not pitched for the parent club since being optioned to the alternative site Aug. 8 after breaking COVID-19 protocol. He was replaced in the Tuesday game after a 16-minute rain delay in the top of the seventh. Franmil Reyes, who had never had a four-hit game, went 5-for-5 with two doubles and a homer. Francisco Lindor and Reyes homered in the first, and Roberto Perez homered in the second, all off Royals starter Matt Harvey (0-2).

Marcell Ozuna hit three long home runs and rookie right-hander Ian Anderson pitched six strong innings to lead Atlanta over host Boston as Ozuna drove in six. He tallied the first three-homer game of his career — and the first ever by a National League player at Fenway Park — and recorded his second multi-homer game of the season. Anderson (2-0) made his major league debut last week by beating the New York Yankees and followed it by beating the Red Sox, the team he idolized while growing up.

Ian Happ’s RBI single in the 11th inning gave Chicago the win over host Pittsburgh. Nico Hoerner opened at second in the 11th and came home on Happ’s base hit to center off reliever Kyle Crick (0-1) to help the Cubs atone for blowing a 6-1 lead. Kyle Schwarber hit a two-run homer and Happ a solo homer for Chicago. Javy Baez added an RBI double, and Jason Kipnis an RBI single. Ke’Bryan Hayes had a stunning major league debut for Pittsburgh, hitting a tying home run and an RBI double. Jose Osuna added an RBI double, and Adam Frazier hit an RBI single.

Byron Buxton returned from the injured list to go 2-for-4 with the game-winning RBI and also made a homer-saving catch as Minnesota rallied to snap its six-game losing streak with a victory over Chicago in Minneapolis. Buxton, activated earlier Tuesday after recovering from left shoulder soreness, reached above the fence in left-center to rob Edwin Encarnacion of a home run in the sixth inning. An inning later, he drove in Nelson Cruz with a two-out single to break a 2-2 tie. Cruz went 3-for-3 with a double, while Jorge Polanco and Eddie Rosario each added two hits for Minnesota. Caleb Thielbar (1-0) picked up the win with a scoreless inning of relief. Matt Wisler struck out two of the three batters he faced in a perfect ninth for his first save.

Scott Heineman scored on a balk and Isiah Kiner-Falefa followed him home on a throwing error in the top of the 10th inning as Texas capitalized on a trio of mistakes to defeat host Houston. The Rangers, who snapped an eight-game losing streak to the Astros, forced extras when shortstop Elvis Andrus smacked a leadoff home run off Houston closer Ryan Pressly in the ninth. It marked the first home run for Andrus, activated off the injured list on Monday. Jonathan Hernandez (5-0) earned the win for Texas. Rafael Montero notched his seventh save.

Alec Bohm homered, doubled and drove in two runs and Aaron Nola (4-2) threw eight shutout innings to lift host Philadelphia past Washington. Andrew McCutchen hit a three-run home run and Rhys Hoskins walked and added two hits for his fourth consecutive multi-hit game for the Phillies. Bryce Harper reached base four times with a single and three walks. Phillies starter Aaron Nola (4-2) tossed eight shutout innings and gave up only two hits. Nola, who threw 113 pitches, struck out nine and walked three. The skidding Nationals have dropped four in a row to fall to 12-21, in last place in the National League East.

Chris Taylor drove in four runs and Julio Urias threw six innings of one-run ball as Los Angeles downed visiting Arizona. Enrique Hernandez and Edwin Rios each drove in a run with a sacrifice fly in the fifth inning as the Dodgers improved their baseball-best record to 27-10 on the opening day of the final month of the regular season. The Dodgers have won nine of their past 11 and eight consecutive at home. Carson Kelly and Nick Ahmed hit home runs for the Diamondbacks, who had just five hits. Arizona took its 11th loss in the past 12 games.

Renato Nunez recorded his second two-homer performance of the season to lift host Baltimore over New York for its second straight win after losing 11 of 13 games. Nunez belted a three-run homer in the first inning and added a solo shot in the seventh. Nunez launched a pair of solo shots in Baltimore’s 8-7 loss to Miami on Aug. 6. Anthony Santander also went deep and drove in three runs, and Pat Valaika had an RBI double to highlight his first career four-hit performance. Andres Gimenez had a two-run homer and Robinson Cano went deep for the second time in as many days for the Mets, who have lost five in a row. — Reuters

Serena, Murray advance at US Open 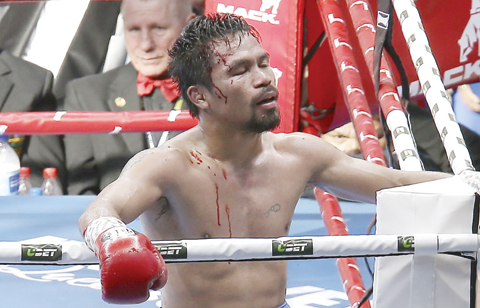 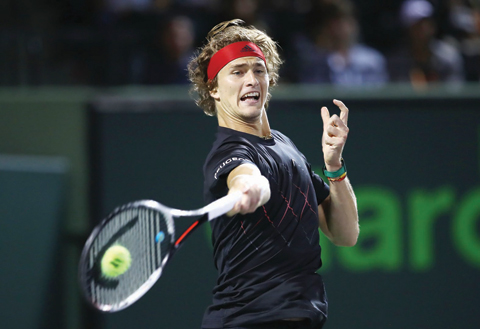 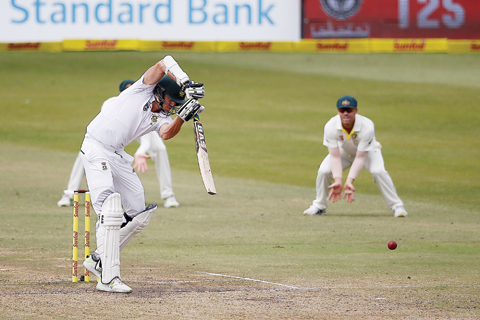