RIYADH: HH the Amir of Kuwait Sheikh Sabah Al-Ahmad Al-Jaber Al-Sabah said yesterday that “malicious media campaigns” will never succeed in unraveling the impenetrable bond shared by the Gulf Cooperation Council (GCC). Such efforts will be rendered futile given the bloc’s unyielding determination to remain united, he said during annual talks bringing together leaders from across the Gulf region.

As the 39th Gulf Cooperation Council (GCC) summit kicked off in the Saudi capital, HH the Amir thanked the host nation for organizing the meeting. This year’s gathering holds much significance given the mounting challenges facing the Gulf region, HH the Amir said in his speech, pointing out that the talks come after a spate of ministerial-level meetings held throughout the year. “We are cognizant of the enormity of the challenges that lie ahead, chief among them the lingering diplomatic crisis, which only behooves us to remain united and work as a cohesive unit,” he said.
On other perennial concerns, Sheikh Sabah said terrorism continues to be a grave threat, urging the international community to do everything in its power to rid the world of the scourge. HH the Amir also spoke of “humanitarian disasters” that are unfolding around the region, naming Yemen and Iraq as examples, hoping for definitive solutions to these conflicts.

He said the continuation of the Yemeni conflict is a direct threat to us all, hoping the ongoing talks in Sweden will be successful. He added Kuwait provided logistical support for the talks in the hope that they reach a political resolution based on the GCC initiative and relevant UN resolutions. Sheikh Sabah also praised Sweden for hosting the talks. Regarding Iraq, the Amir congratulated Baghdad on a successful political transition, wishing the war-torn nation the best of luck as it begins the reconstruction process.
HH the Amir called for an early resumption of Middle East peace talks, hoping that a comprehensive and permanent deal would be reached according to relevant international resolutions and the Arab Peace Initiative. Concerning Iran, the Amir reiterated that relations with Iran are based on UN principles, mainly non-interference in states’ internal affairs, respect of their sovereignty and commitment to rules of good neighborliness.

Meanwhile, Bahrain and Qatar traded barbs over the Qatari amir’s decision not to attend the summit, an absence that suggests a rift between Doha and three Gulf states is unlikely to be resolved soon. Qatar sent its state minister for foreign affairs to the annual one-day summit, which is overshadowed by the economic and diplomatic boycott of Doha since mid-2017 by Saudi Arabia, the United Arab Emirates, Bahrain and Egypt over allegations Doha supports terrorism, which Qatar denies.

“Qatar’s amir should have accepted the fair demands (of the boycotting states) and attended the summit,” Bahraini Foreign Minister Sheikh Khalid bin Ahmed Al-Khalifa said in a tweet. In response, Ahmed bin Saeed Al-Rumaihi, director of the information office at Qatar’s foreign ministry, said: “Qatar can make its own decisions and had attended (last year’s) Kuwait summit while the leaders of the boycotting countries did not.” Saudi Arabia had invited Qatari Amir Sheikh Tamim bin Hamad Al-Thani to attend the summit, but the foreign ministry in Doha said he would not go. Instead Qatar was represented by minister of state for foreign affairs Sultan Al-Muraikhi.

Saudi Arabia’s King Salman opened the gathering, urging fellow member states Kuwait, Oman, Bahrain, the UAE and Qatar to maintain a united front against Iran and terrorism. “This requires all of us to maintain our countries’ gains and to work with our partners to preserve security and stability in the region and the world,” he said in a speech. King Salman defended the intervention by a military coalition led by Riyadh and the UAE in Yemen and called for a “political solution” in the impoverished country.
The closed-door session was expected to focus on oil politics, security issues including the Yemen war and the row with Qatar, which says the trade and transport boycott aims to curtail its sovereignty. GCC Secretary General Abdullatif Al-Zayani had said the summit would review ties with Iran after the US re-imposed an oil embargo and other sanctions on Tehran following Washington’s withdrawal from a landmark 2015 nuclear deal. Saudi Arabia, along with allies the UAE and Bahrain, accuses Tehran of fomenting unrest among Shiites in the Gulf, and has backed the US in piling pressure on Iran. This contrasts with Kuwait and Oman which prefer normalizing ties with the Islamic republic.

A US State Department official yesterday urged Gulf states to mend fences to confront Iran and help enable a proposed new Middle East security alliance that would include the Gulf bloc, Egypt and Jordan. “We’d like to see that unity restored, not on our terms, but on terms of the countries that are involved,” Timothy Lenderking, Deputy Assistant Secretary for Arabian Gulf Affairs, told reporters at a security forum in the UAE capital Abu Dhabi.

While the boycotting states insist the row is not a priority for them and that the GCC remains valid, Doha has said the dispute harms regional security by weakening the bloc. Kuwait’s ties with Riyadh are also strained over control of shared oilfields in the so-called Neutral Zone, further weakening unity of the GCC which was set up in 1980 as a bulwark against larger neighbors Iran and Iraq. – Agencies 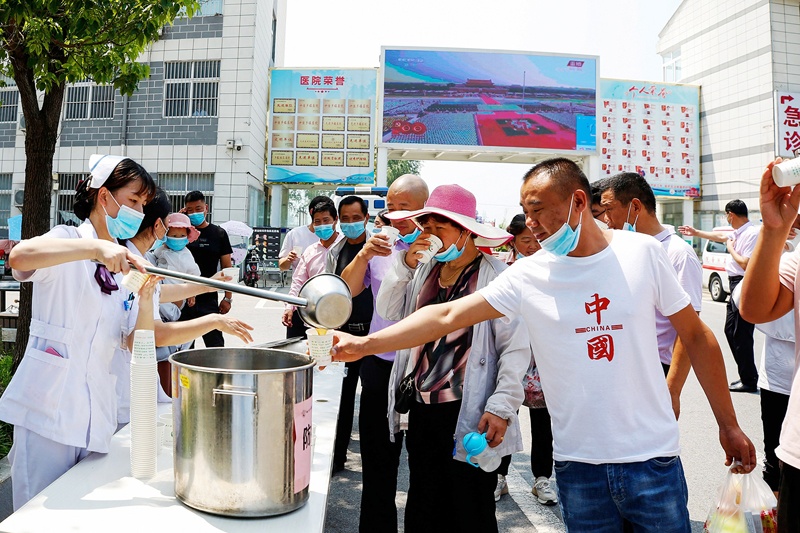 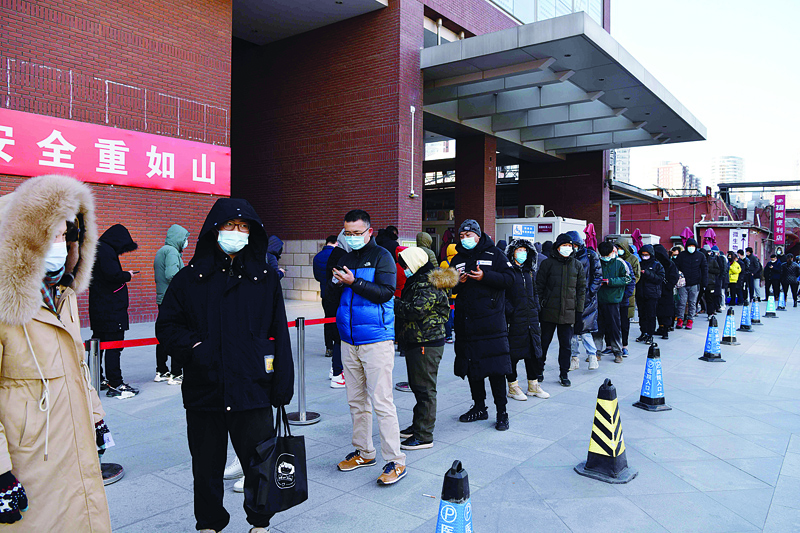 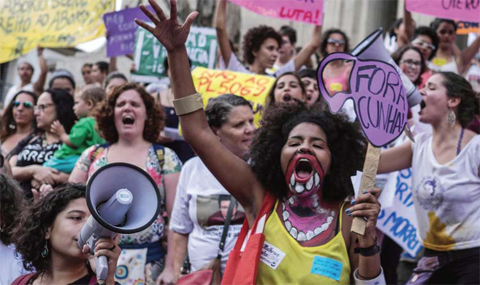 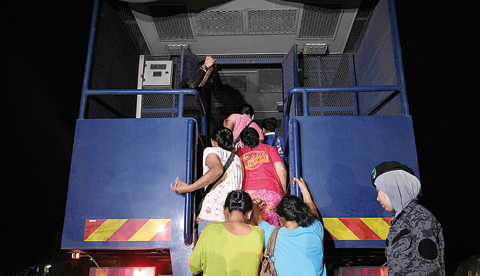