KUWAIT: HH the Amir Sheikh Sabah Al-Ahmad Al-Jaber Al-Sabah yesterday said the Riyadh Declaration is “the gateway to our future”. Speaking during the concluding session of the 40th GCC summit in Riyadh, HH the Amir hoped that the coming meetings will be better than previous ones. The Amir thanked Saudi King Salman bin Abdulaziz Al-Saud and the Saudi government for the declaration and sponsorship of the gathering.

Earlier yesterday, HH the Amir voiced satisfaction with the positive and constructive steps taken so far in the context of efforts to forget the past. Addressing the GCC gathering, the Amir said the 40th summit, held in a favorable atmosphere, reflects resolve to adopt unified positions and commitment to Gulf unity. He voiced optimism that the meeting will come up with resolutions and recommendations that can undoubtedly contribute to promoting the Gulf march and fulfilling ambitions.

He stressed that the recent Gulf sports event in Qatar and the summit are clear-cut signs of common determination to ensure Gulf unity and maintain gains and accomplishments. In this context, HH the Amir congratulated Bahrain on winning the 24th Gulf Cup, wishing it more progress and success. The Amir added that he has always called for addressing recent threats to regional security and stability in a calm and wise mode and through dialogue. “Due to this escalation, the Kingdom of Saudi Arabia has been hit by dreadful attacks which we condemned and denounced. We have also voiced support to our brothers in defending their security and stability,” he said.

He cited Saudi Arabia’s G20 presidency, the UAE’s hosting of Expo 2020 and Qatar’s organizing of the World Cup 2022 as a source of pride to the Gulf people, and a sign of world appreciation and confidence in the GCC countries. At the Arab level, HH the Amir said: “We took note of the agreement signed by the Yemeni government and Transitional Council under the sponsorship and with the praiseworthy effort of the Kingdom of Saudi Arabia.”

He hailed the Riyadh agreement as a gateway to the aspired peace process in Yemen. Concerning Iraq, Lebanon, Libya and Algeria, HH the Amir hoped that they would overcome their current difficult and painful circumstances and restore security and stability. He also congratulated the Tunisian people on their recent successful presidential elections, voicing heartfelt greetings to President Kais Saied. The Amir concluded his speech by thanking Saudi Arabia for organizing the gathering and for its proper reception and hospitality.

Meanwhile, Saudi King Salman congratulated Kuwait’s Nayef Al-Hajraf on being appointed as the next GCC secretary general. Hajraf’s candidacy was unanimously approved at ministerial talks ahead of the leaders’ summit in Riyadh.

Qatar’s Amir yesterday skipped the Gulf summit billed as a potential “reconciliation conference”, but leaders’ calls for integration provided more signs of a thaw between Doha and regional power Saudi Arabia. In a sign of the changing mood, the Doha delegation received a warm welcome in Riyadh, with Saudi Arabia’s King Salman and the Qatari prime minister exchanging smiles and pleasantries. “The people of Qatar, welcome, to your second country,” said the commentator on Saudi state television, in a friendly greeting.

Qatari Amir Sheikh Tamim bin Hamad Al-Thani sent Prime Minister Abdullah bin Nasser bin Khalifa Al-Thani in his place to the annual summit of the GCC. In his speech, King Salman did not address the Qatar dispute directly but called for Gulf unity in the face of threats including “aggressive acts” by Iran. GCC secretary-general Abdullatif Al-Zayani also called on Gulf nations to remain “integrated and intertwined”, stressing the need for “cohesion”.

Hopes for reconciliation have been raised by indications of a detente between Qatar and its former allies, despite Doha’s refusal to meet 13 key demands made by the Riyadh-led bloc, including shutting down Al Jazeera, downgrading ties with Iran and closing a Turkish military base on its territory. Yet, beyond the bonhomie in Riyadh, the event “falls short of achieving the intended reconciliation between Saudi Arabia and Qatar”, said Gulf analyst Ali Bakeer. “My understanding is that unless the blockade on Qatar is removed it will be hard to expect a serious breakthrough,” he told AFP.

However, negotiations to end the impasse are expected to continue, analysts say. “Ending the Gulf rift is an incremental process of engagement and dialogue rather than something resolvable at a single summit meeting alone,” said Kristian Ulrichsen, a fellow at Rice University’s Baker Institute in the United States. For Samuel Ramani, a doctoral researcher at Oxford University, “Saudi Arabia’s normalization with Qatar is likely to occur without major concessions from Doha.

“It is possible that Qatar could scale back its links with the Muslim Brotherhood, but it is certainly not planning on reducing its diplomatic ties with Turkey and Iran as trust between Doha and other GCC countries has been severely damaged.” Analysts say the spat has hurt the blockading countries more than Qatar. Saudi Arabia now appears to be taking a more conciliatory approach after adopting a combative foreign policy that has spooked investors. But some of the other blockading countries are not as eager to step back. Two sources familiar with the negotiations, including an Arab diplomat, told AFP that hardliners in Abu Dhabi – Riyadh’s principal ally – are opposed to a restoration of ties. 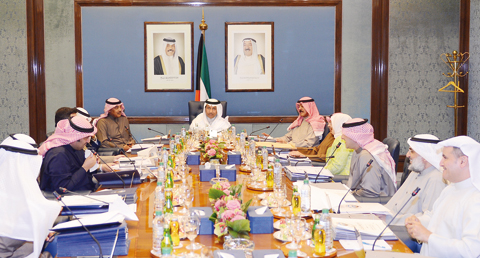 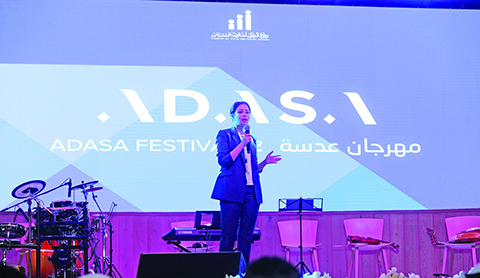 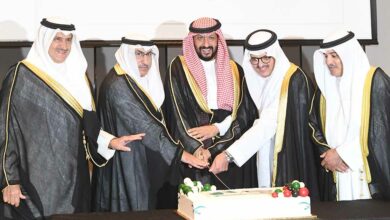