Delivering a speech on behalf of His Highness the Amir, Deputy Amiri Diwan Minister Sheikh Ali Jarrah Al-Sabah said that the Kuwaiti leadership was grateful for the UNESCO honoring of late Sheikh Abdullah Al-Jaber, affirming that it was reflective of the organization’s mission to honor important education and cultural figures.

Kuwait is very pleased to receive this honor due to the late Kuwaiti figure’s relentless efforts to promote education in Kuwait since the mid-1930s, said the minister. Sheikh Abdullah was keen on Kuwait gaining the UNESCO membership in 1958, said Sheikh Ali who took the chance to thank the UN organization for this honoring.

“It is an honor, indeed, to pay tribute to the legacy of a great man and to recall his achievements across the fields of education and culture. His vision and leadership left a profound impact on the development of Kuwait. In more ways than one, he was a pioneer of Kuwait as it stands today,” said the Director.

“He was an educational reformer – as a Minister of Education, he succeeded in modernizing the education system. His focus fell on inclusion in education – opening the way for girls to go to school. He was a great believer in culture and education as forces for innovation and development, supporting heritage as a source of identity and belonging, as well as creativity and innovation. He was first also to encourage cultural exchanges, along with seminars and lectures, to deepen knowledge and mutual understanding, to strengthen bridges of dialogue across borders.”

She went on saying that “All of this helped shape the country, its society, its young women and men, as well as its relationship with the world, on the basis of dignity, equality and mutual respect,” adding that “These principles stand today at the heart of Kuwait’s action on the global stage.”

“The United Nations Secretary General, Ban Ki-moon has commended His Highness Sheikh Sabah for championing a global response to the crisis in Syria, hosting three conferences of donors – and you are on the frontline of the next conference for Syria to be held in London. I was privileged to participate in one of these conferences – I have seen how deeply culture and education matter for Kuwait, how much education and culture are placed at the heart of any sustainable response by the State of Kuwait.”

“This resonates powerfully with UNESCO’s mandate and action. I am deeply grateful for the contribution of 5.5 million US dollars by Kuwait in 2015 to UNESCO’s emergency response to the Syria crisis – helping refugees and internally displaced persons inside Syria, providing quality education, psycho-social support and skills for a better life,” said Bokova.

“I will always remember, when I spoke in 2014 of “cultural cleansing” for the first time, and when I made an appeal to integrate the cultural dimension in security and humanitarian strategies-it was the State of Kuwait that stood up and funded the High Level International Conference on Cultural Heritage at risk in Iraq and Syria, held at UNESCO on December third, 2014. This was three months before the United Nations Security Council resolution. This paved the way for UNESCO’s strategy today,” she said.

“In all this, I believe we can see the spirit and the legacy of Sheikh Abdullah Al-Jaber Al-Sabah, and this is why it is so important that UNESCO is associated with the commemoration of his passing,” said the Director. She indicated that “as we celebrate the 70th anniversary of UNESCO, together, we must renew our commitment to the values and objectives we share, to this “soft power” – this has never been so urgent. In this spirit, I thank the Government of Kuwait for its leadership.”

Speaking on part of the Minister of Education and Minister of Higher Education Dr Hamad Al-Essa, Kuwaiti Ambassador to France Sami Mohammad Al-Suleiman said that UNESCO’s celebration of Sheikh Abdullah’s legacy was an honorable step of recognition. Sheikh Abdullah was one of the pioneers of education in Kuwait and his efforts enabled all Kuwaitis to receive proper education, said the Ambassador, noting that the late Kuwaiti figure had embodied the principle of UNESCO during his career.

Through the establishment of modern public education in Kuwait, allowing women to pursue knowledge, encouraging culture in his country, Sheikh Abdullah had left a strong legacy that Kuwaitis will remember for generations, said the Kuwaiti diplomat who added that today’s celebrations was in continuation of Kuwait’s honoring of Sheikh Abdullah which was also held under the leadership’s auspices last November at the Palace of the late Kuwaiti figure which was transformed into a national museum.

Representing the family of Sheikh Abdullah Al-Jaber Al-Sabah, Sheikha Mona Jaber Al-Abdullah Al-Jaber Al-Sabah thanked UNESCO for honoring her grandfather, saying that she is very proud to be linked to his legacy. Sheikha Mona also took the chance to thank the Kuwaiti leadership and His Highness the Amir Sheikh Sabah for patronizing the event, affirming that it was important to remember the efforts of figures contributing to the development of Kuwait.

After the opening ceremony, representative of His Highness the Amir Sheikh Ali Jarrah Al-Sabah opened a photo gallery featuring the cultural and educational achievements of the late Sheikh Abdullah Al-Jaber Al-Sabah.

Separately, Sheikh Ali Al-Jarrah the ‘success’ of UNESCO’s honoring of late Sheikh Abdullah Al-Jaber Al-Sabah as an international educational and cultural figure for 2014-2015. Sheikh Ali Al-Jarrah told KUNA, on Friday, that the honoring ceremony was “outstanding.” He gave a special thanks to head of the historic documentation at the Amiri Diwan Sheikha Mona Al-Jaber Al-Abdullah Al-Jaber Al-Sabah for exerting tremendous effort, in a short time, to make all the material regarding the achievements of the late Sheikh available and ready for the celebration.

Meanwhile, Sheikha Mona said that the ceremony saw the attendance of an exceptional audience of highly diplomatic calibers, pointing out that Director-General of UNESCO Irina Bokova’s presence at the late Sheikh documentary film added a greater value and appreciation to the late Sheikh’s character. – KUNA 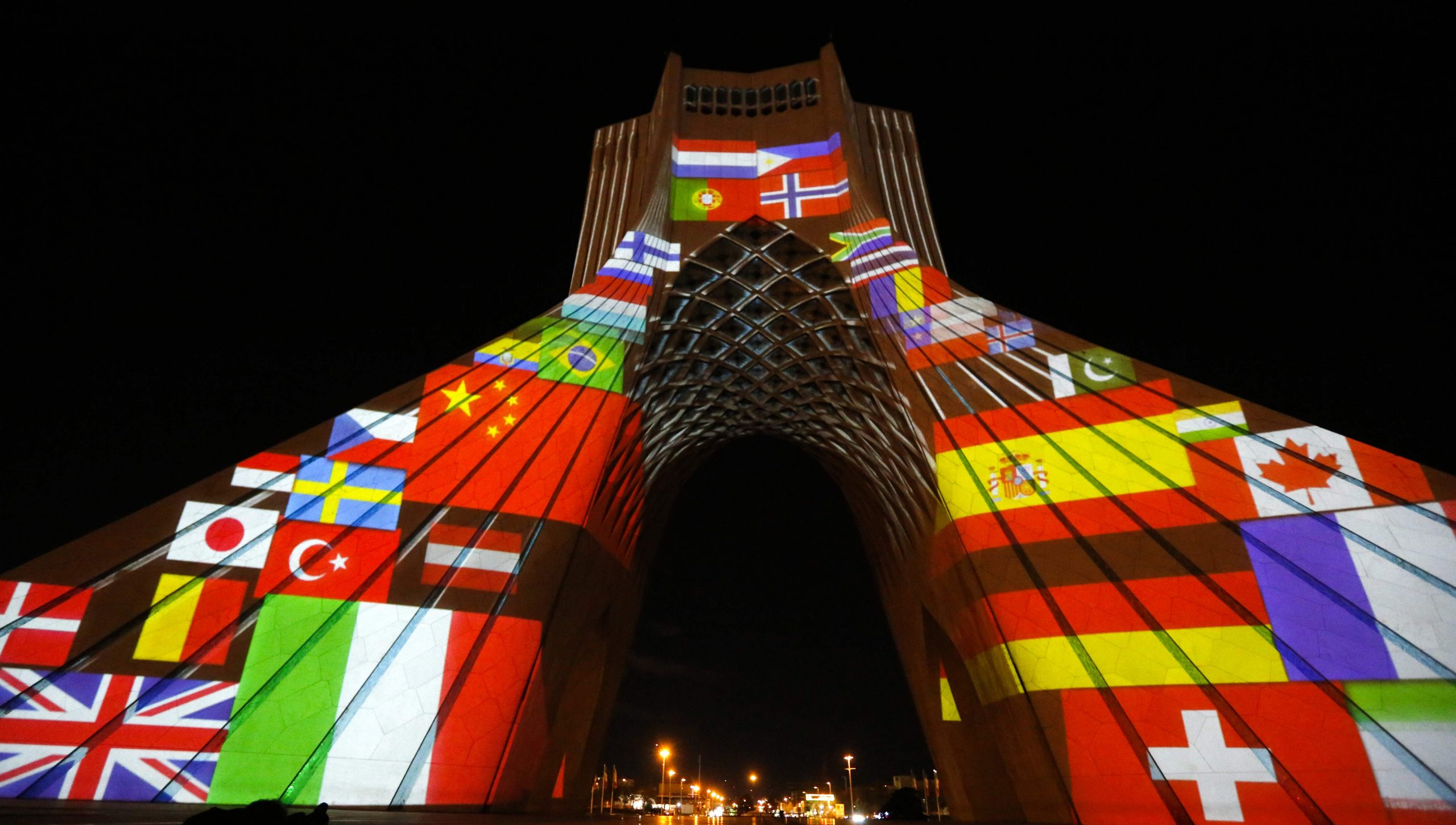 Pandemic pranks off the table on April Fools’ Day 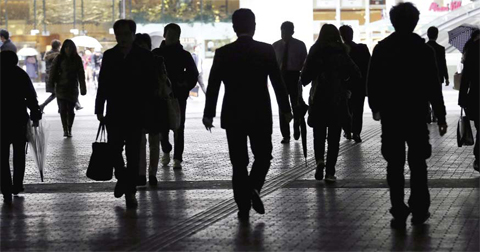 A third of working women were sexually harassed: Japan study 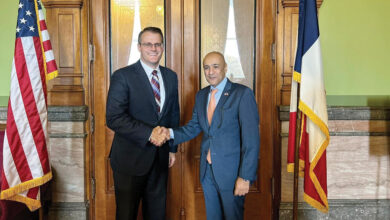 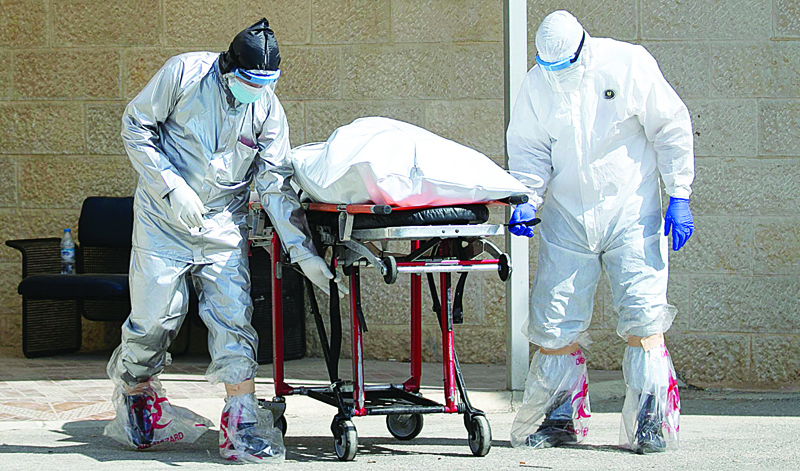