Kuwaiti economist Abdullah Al-Salloum has founded a political platform called Dhammin to serve electoral campaigns and make things easier for candidates. Municipal Council member Hamad Al-Medlij said: “I have witnessed dozens of exhausting election days. With Dhammin, the campaign management had live updates on everything. It could visualize a very detailed live view of the vote tallying process without a single phone call or text message.”

Mohammed Mansour, Board Member of Mishref Cooperative Society, said: “I had a very close look at Dhammin’s analytics. It gave me clear information before anyone else. Live tallying gave us the chance to know how electoral committees are currently performing.”

Abdullah Al-Mudhaf, a political activist, noted: “Dhammin makes it easier to understand how a candidate is performing as it gives accurate analytics and reports. It saves a lot of time and effort, and the interface is easy to use by all age segments.”
Kuwait Times spoke with Salloum to learn more about the Dhammin platform.

Kuwait Times: What is Dhammin?
Salloum: Dhammin in Arabic means “to guarantee” – is a smart political platform that manages a candidate’s electoral campaign for the National Assembly, Municipal Council or cooperative society. The platform, which consists of smart device apps and backend application programming interface (API), aims to help a candidate achieve the best political outcome – winning an election – with the best and least use of resources, such as time, effort and financing.
Dhammin is the first platform of its kind to consider distributed systems methodologies in terms of political campaign management and system programming. In a smart manner, the platform takes care of five main operative components of a candidate’s campaign: (1) Online presence, (2) Guarantees, (3) Social events, (4) Election Day and (5) Analytics.
As for resources, the candidate provides a CD containing spreadsheets (they get it officially from the ministry of interior), containing names, dates of birth, voter IDs, voting districts and residence addresses of all voters in the area. These spreadsheets are converted by the Dhammin team into an SQL database, and fetched by the candidate’s Dhammin API. Once that happens, Dhammin apps do their job in analytics based on the campaign’s user inputs. The platform’s pricing ranges from KD 490 to 8,990 annually.

KT: In Dhammin, what is online presence?
Salloum: Today, it is essential for a candidate to have an online presence. Twitter, Instagram, Snapchat, YouTube, and LinkedIn are mandatory for a candidate to win an election. With Dhammin, a candidate can set up a website of his brand with a click of a button. The website will show his resume, values, goals and vision, in addition to his social media links.
However, this is not the only purpose. The website has the option to enable showing the campaign’s analytical information of the voting district, like the percentage of people who voted, male-female ratio, ranks of candidates, etc. Moreover, the website has a sign-up form for those who would like to join the candidate’s campaign as members. Once they sign up, they’ll be able to use Dhammin smart device apps and contribute to the platform’s guarantees and social events components.

KT: What is the guarantees component?
Salloum: Campaign administrators can create accounts – with different privileges – for campaign members, or allow potential members to sign up for accounts that are created automatically through the sign-up form on the candidate’s website. Members are given the chance to search through a very large list of voters based on first name, last name, gender, age, residence area and residence block. Once a member finds voters that they have a direct relationship with – say family members or friends – and are willing to vote for the campaign’s candidate, they classify them as guaranteed by adding them to their guarantees list. Every one of these guaranteed voters is given a voting error ratio, like “What is the percentage of having this person not voting for the campaign’s candidate?”
Members have continuous access to their lists to update the error ratios and information of their guarantees, and to communicate with them using template messages to ensure a good candidate-voter relationship.
Members also have the privilege to create a list of electoral keys. An electoral key is a person who has an influence on one or more vote(s) within the campaign’s district – however, he/she is not a campaign member but is in a good relationship with a current member. Once a member creates electoral key accounts, the electoral keys receive a direct unique website link for their personal use to add their guarantees, just like a member.
Imagine a campaign with a hundred members, each with a list of tens of guarantees and a list of tens of electoral keys, each with another list of tens of other guarantees! This will definitely create a very rich scheme that can be converted into statistical observations that are ready to be analyzed.

KT: How does the social events component work in the platform?
Salloum: One of the candidate’s mandatory methods to expand their reach is to mostly attend all social events within the district. This includes weekly diwaniyas, weddings, funerals and other related events. The candidate’s challenge is to be aware of those events, their date, time and location. Dhammin takes care of that.
The platform allows campaign members to suggest events by filling up a form with all the information required, such as location, date and time, organizer’s contact name and phone, etc. Other members – with higher privileges – verify the importance of the suggested events, and either disregard or accept them.
Accepted events are scheduled and profiled with all the required information in a way that makes it easier for the campaign’s social team to arrange event visits. Events are then given a feedback rate. The rate shows if a visit has delivered the required impression. This, again, creates a very rich scheme that can be converted into statistical observations that are ready to be analyzed.

KT: How will candidates utilize the app?
Salloum: Every candidate knows that operative tasks on Election Day are hard and time consuming. WhatsApp messages and phone calls are nonstop. The control team, which ensures delivery of guaranteed votes, is always frustrated with manual validations, sorting and the continuous manual communication with campaign members inside the electoral committees.
Here comes Dhammin to make this process way easier. Every campaign member assigned to be present at an electoral committee uses the platform’s smart device app to change the status of a voter. For example, when voter X comes to a committee to vote, the campaign member assigned to that committee sets the status of X as voted. That’s it!
The platform now spreads information to everything related to voter X. For example, the campaign member who has X as a guarantee will immediately be notified that X has voted, and will send him/her a thank you message. It is no longer the control team’s job to ensure every guaranteed voter has voted. Their task now is to ensure that every campaign member is delivering what they have guaranteed. This way, stress is distributed and Dhammin integrates all efforts to achieve a single goal – winning the election.
Tallying of votes is not less important. When voting stations close, tallying begins manually on a whiteboard at every electoral committee. The control team usually receives final results of a committee’s tally at the end of the sorting process. However, Dhammin makes tallying available live to the control team. A campaign member in a committee uses the platform’s app to insert a candidate’s vote immediately without waiting for the final tally result. Corrections are made if the final tally is different than the platform’s.
Instead of spreadsheets, phone calls and WhatsApp messages, the task of the control team now is to only watch the tallying process and enjoy it, without interfering.

KT: What about analytics?
Salloum: Aside from automation, analytics is very essential in Dhammin. The input of campaign members through the platform components has definitely made tasks easier and faster. Simultaneously, their input to the platform is automatically converted to statistical observations to be used for analytics.
Much time was spent in modeling Dhammin’s database for the purpose of maximum utilization. The sophistication of the database allows the processing of very large amount of observations using only very little resources to extract meaningful information for a candidate.
In a matter of milliseconds, the candidate has up-to-date important information. They understand the district and guaranteed voter base much better. They can answer difficult questions like: (1) What is the female-male ratio in the campaign’s voting base in area Y, block Z for ages between 21 and 30? (2) Who are the most influential families – based on number of family members – in area Y, block Z that haven’t voted yet? (3) What are the blocks in area Y with the highest number of voters aged between 31 and 40? (4) Which are the most influential blocks in area Y? (5) What is the candidate’s ranking among female voters in area Y? (6) Who are the best/worst campaign members in delivering votes of guarantee? Etc.
The platform’s analytics component gives the candidate a very clear view of the electoral district. Hence it is made easier for them to act and react to political and social incidents, or in setting up a marketing plan and/or a political strategy.

KT: What sets Dhammin apart from other competitors or platforms providing a similar service?
Salloum: In fact, this market is very niche with a very few – three to six – platforms having the same concept. However, the political outcome is what a candidate is looking for. Dhammin considers campaign managerial details and implements every single candidate’s sufficient requests with modern object-oriented programming, sophisticated database modeling, rich RESTful API and trendy smart device apps. I believe the combination of all this sets Dhammin apart.

KT: Can you tell us about the process, challenges and time spent to launch the platform?
Salloum: Due to being a new concept that relied on trial and error, Dhammin followed a solo-programming progress. In other words, it was being programmed solely by me during my free time for approximately six hours daily for seven months.
Based on my expertise, there were no technical challenges but modeling ones. I had to reach more people within the field who had expertise in campaigning and electoral processes. The challenge was to programmatically satisfy every aspect of their concerns. Besides the six-hour per day programming work, there was a three-hour per day mind-mapping work too.

KT: How did you promote this platform to your target audience? How many candidates do you expect to use this platform? How can candidates purchase this platform?
Salloum: Networking is the only sufficient promoting channel in this niche market. Due to Dhammin’s involvement in politics, trust is a prerequisite to encourage candidates to use the platform. We’ve already established that, and we’re still in the process of making Dhammin’s reputation more valuable.
I don’t have any expectations in terms of the number of campaigns using the platform. However, we received several requests on the launch date, and we’re considering the seasonal factor, as the amount of requests increase dramatically prior to elections. So we are prepared for that.
For a candidate to purchase the platform, they have to visit Dhammin’s official website to fill a contact form. A representative will reach out to them to complete the transaction and delivery.

KT: What is the next step for Dhammin?
Salloum: Aside from technical improvements of the API and apps, I am considering involving some components of Dhammin in the state electoral system in an official way. Since candidates can benefit from such a service, why can’t the government? Media institutions, TV channels and newspapers are no exception, as they can also benefit from those components. Dhammin’s components will definitely cut their costs while delivering even more satisfactory live news to their audiences. 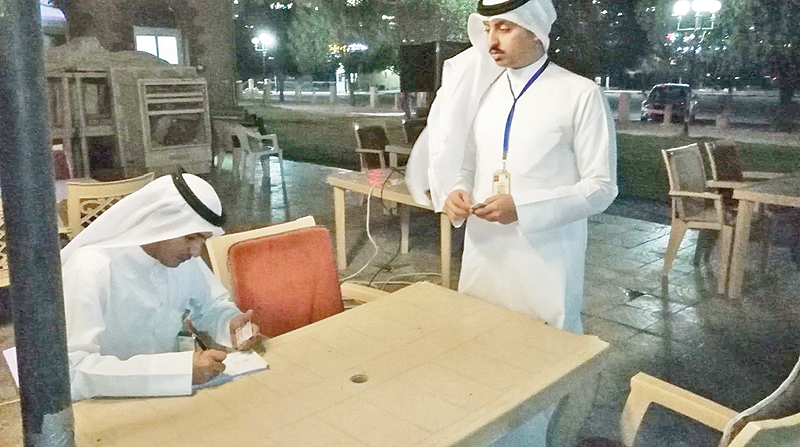 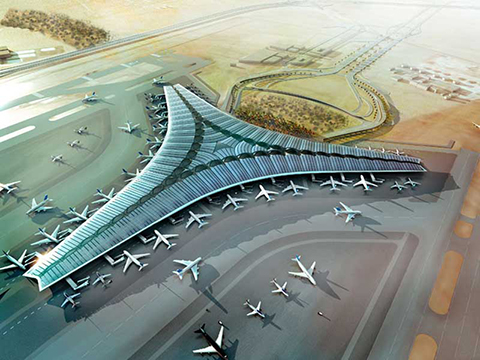 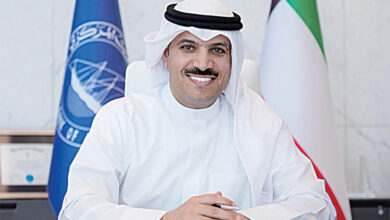