London Fashion Week got an injection of Italian glamour Sunday, with Donatella Versace’s Versus and Emporio Armani joining Britain-based designers including Preen and Topshop on the show schedule. Some highlights from Day 3 of the fashion week:

Armani throws a big party
The 83-year-old Italian design legend, who usually stages his shows in Milan, has returned to London Fashion Week for the first time in years with much fanfare. To mark the reopening of an Emporio Armani flagship store in the British capital, the brand hosted a star-studded catwalk show and an after-party with free-flowing champagne, and it displayed a giant “Emporio Armani” light projection onto a Thames-side building. The designer chose a vast former warehouse for his show Sunday, filling it with cheerful, rainbow-hued summer outfits that evoke carefree vacations in sunnier climes.

It’s a larger collection than most, and while these may not be the most trend-setting clothes there is something here for everyone: Sporty summer macs and loose drawstring cargo pants; whimsical, childlike animal prints; girlish frilly summer dresses; neat cropped blazers with white slacks and casual flat sandals or white sneakers. A few male models sporting the designer’s signature suits were scattered throughout, striking a slightly odd chord in an otherwise casual collection. Standout looks included trouser suits with candy stripes and oversized, multi-colored checks, and there was a large array of outfits in sheer pastel tones of lilac, mint and candy pink. One Direction’s Liam Payne and singer Ellie Goulding were among those spotted in the show’s front row.

Delicate romance at Preen
Wispy slip dresses, dreamy pastels, oriental florals: Preen’s new collection was a master class in romantic femininity. But designers Justin Thornton and Thea Bregazzi opened their show on a completely different note. Stark white, covered-up outfits accented with red knee socks, flat red shoes and little “hats” made with tied white or red handkerchiefs explained the references to Puritanism and “The Scarlet Letter” in the show notes. Then came a series of deconstructed slip dresses and diaphanous one-shouldered sheer silk gowns in nude, black, and pretty shades of pink and lilac. Many were adorned with delicate lace and fine pleating, and some took inspiration from the drape and rich embroidery of the sari.
Ruffles were still big news, as were asymmetrical hemlines that emphasize femininity with every move. Red looks like it will remain keeping reigning next season, with the designers closing their show with a series of strong all-scarlet dress ensembles.

Black, red, silver at Versus
Versace presented designs with all the staples of her trademark rock chick sexiness – tight bell bottom trousers, mesh mini dresses, studded and silver-fringed cowboy boots, and lots of black, white and red ensembles adorned with silver hardware. Check prints featured heavily this season, appearing on men’s and women’s sleeveless long coats and trousers, as well as tiny bikini bottoms emblazoned with the brand name, worn with a matching cowboy jacket. Brand name chokers, heavy black eyeliner and lots of attitude completed the looks. Many of Versace’s clothes seemed destined for the nightclub or looked like they would only suit the young and very fit. But there were a few softer looks: A buttoned-up dark denim shirt dress looked versatile, and a series of mint green printed numbers added a dose of freshness to an otherwise tough color palette.–AP 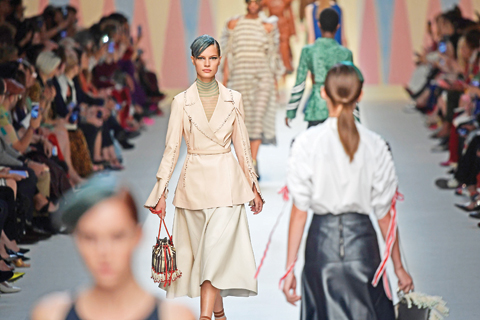 Fly away with Trussardi in Milan 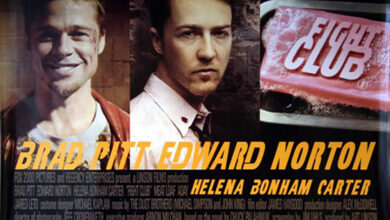 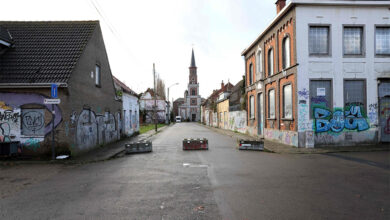 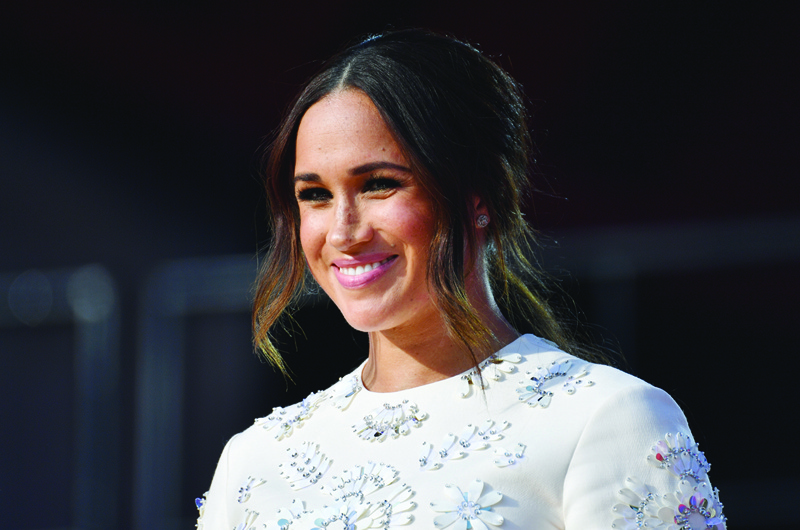