“Corruption is sweet and that is why we like it, but,please do not get used to its sweetness,” said Pope Francis in Nairobi in 2015 as quoted by Robert Rotberg on the interface of his book ‘The Corruption Cure.’ I believe that in Kuwait and in other friendly countries where one can be jailed or fined for expressing an opinion or uttering words of criticism, we suffer from being addicted to the sweetness of corruption. Many of us get used to it and those who reject such sweetness suffer from psychological pain.

If you wish to do a transaction at any government facility, the majority of which are dominated by corruption, you need to think of a relative or a friend who is capable of facilitating the process for you. For instance, if you want to renew your passport and avoid long queues or waiting for hours just to be rejected, those with connections have their transactions quickly tended to without waiting.

A low-ranking officer might also scold you for wearing wrong attire to a public facility. It is better to have connections to avoid such unjustified sufferings because of minor forms of corruption which is painful for one’s dignity and undermines the law. Such corrupt clerks may unlawfully accept or reject transactions or custom-tailored billions-worth tenders to fit certain groups.

The key to combating corruption lies in the hands of decision-makers, their will and realization of its danger. The continuation of corruption at the current pace will accelerate the end of the state’s age, drain out its assets and financial resources, promote a sense of bitterness, lack of justice and create despair within a community that has realized the futility of fighting the powers of corruption. This will all pave the way for terrorism and the states’ doom’s day; something that reminds me of Somalia.

An independent judiciary is also one of the most important counter-corruption measures. Like many African countries, Kenya has also suffered from a lot of corruption. Yet, the Kenyan supreme court deemed the recent presidential elections void, which was a very bold step by the judges who refused to yield before the dominating powers. Judiciary independence is not achieved by idle legislations. It is a tough task in many developing countries to protect the judiciary from being affected by politics.-Translated by Kuwait Times from Al-Jarida 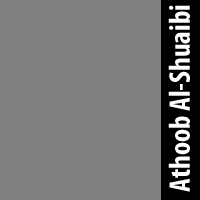