MADRID: Gareth Bale’s thunderous header 10 minutes from time inspired an under-strength Real Madrid to a hard-fought 1-0 win at Real Sociedad yesterday. However, Real remain a point behind Atletico Madrid at the top of La Liga after Antoine Griezmann scored a minute after coming on as a substitute to hand them an equally nervy 1-0 win over Rayo Vallecano. Barcelona are now three points adrift of Atletico, but can reclaim top spot with victory away to Real Betis later.

In the absence of the injured Cristiano Ronaldo and Karim Benzema, Bale stood out with a brilliant individual display capped by the winner to register Madrid’s 10th straight La Liga win. “I am happy for him because he has had problems this season with injury, but when is fit you notice,” Madrid boss Zinedine Zidane said of Bale. “We could have scored earlier in the first-half, but we had to work until the end against a difficult side. “I am happy with the performance and to get three points once again.”

As well as the absent Ronaldo and Benzema, Madrid boss Zinedine Zidane rested Marcelo, Dani Carvajal and Toni Kroos with one eye on the return leg of their Champions League semi-final against Manchester City on Wednesday.

Without the other two members of Madrid’s star ‘BBC’ frontline, Bale was charged with finding the goals and the Welshman did everything but score in a fine first-half display. Bale pulled his first effort wide on his weaker right foot before James Rodriguez wasted the chance to open the scoring on a rare start in recent months as Geronimo Rulli turned away the Colombian’s effort at his near post.

Madrid then began to show their power from set-pieces as captain Sergio Ramos and Bale saw headers fly just wide from corners before another powerful Bale header from Rodriguez’s inch-perfect cross also fell just the wrong side of the post as Madrid completely dominated the hosts before the break. The visitors continued to press after the break, but Rulli looked set to end their title hopes as the Argentine made brilliant save to deny Bale from another fine Rodriguez cross.

EQUALISER
Yet, a week after leading Real back from a twogoal deficit at Rayo Vallecano, Bale made the difference again when he got across his marker to bullet home a header from Lucas Vazquez’s cross. Sociedad had barely offered any threat on goal during the 90 minutes, but nearly snatched an equaliser in stoppage time as David Zurutuza’s header was saved low to his right by Keylor Navas. Atletico boss Diego Simeone also showed his priorities lie with the second leg of their Champions League semi-final against Bayern Munich in midweek as he made seven changes to the side that beat the German champions 1-0 on Wednesday.

Angel Correa was one of those handed a rare start and his low drive forced Juan Carlos into an outstanding save after just six minutes. However, Atletico’s youngsters struggled to create anything more of note before Griezmann rode to the rescue early in the second-half.

Indeed, Rayo could even have gone in front but for fine saves from Jan Oblak to deny Miku and Javi Guerra. Griezmann made a sensational and instant impact after coming off the bench as he controlled a loose ball on the edge of the area before thrashing a volley into the bottom corner for his 30th goal of the season. Fernando Torres was introduced at the same time as the French international and should have sealed the three points form a brilliant Griezmann pass 20 minutes from time, but placed his shot too close to Carlos. Yet, despite a late Rayo onslaught, Atletico held out to record their 34th clean sheet of the season. — AFP

More misery for Hamilton as Rosberg takes pole in Russia 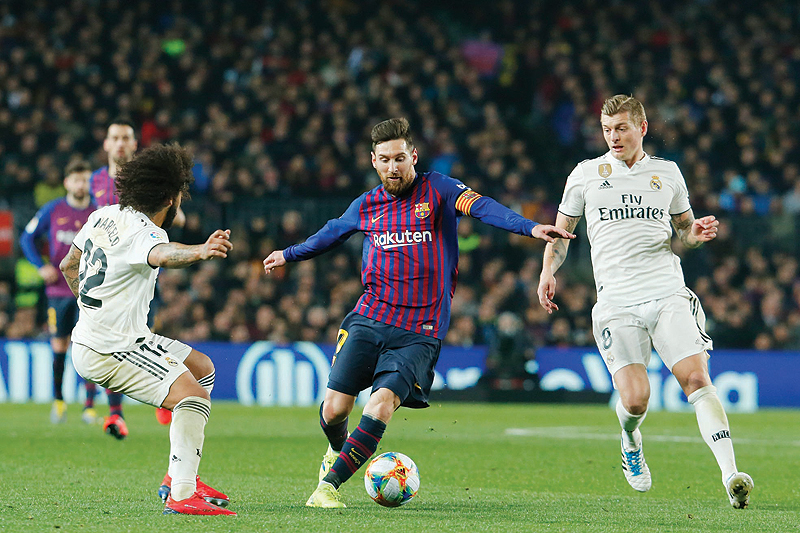 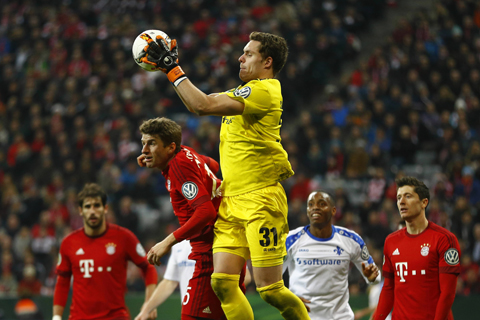 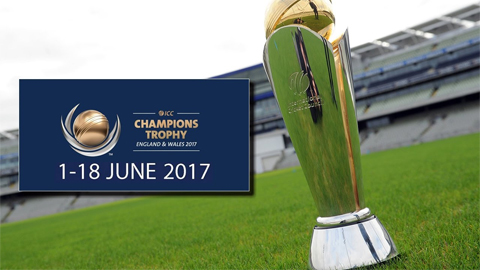 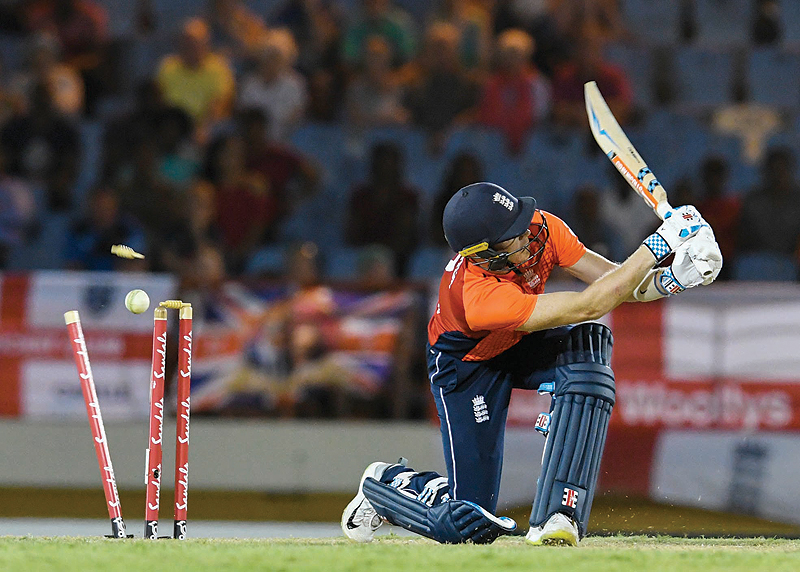