The world is readying for a landmark UN conference on climate change in the French capital this December, and intense efforts are being made to ensure countries around the world commit to reducing emissions to slow global warming. But as the big, industrial developed and developing nations bicker, I believe individual efforts do matter.

Kuwait is a small country with a small population, but figures disproportionately in excessive consumption lists. People living in Kuwait are one of the world’s top per capita users of water and electricity. This despite the fact that Kuwait is an arid country with hardly any sources of freshwater. Desalination plants burn up millions of barrels of oil to produce potable water, which is then wasted without a second thought. Cars, compounds and even streets being hosed with gushing water is a common sight.

The same goes for power plants, which also swallow millions of barrels of oil, yet power consumption is so high, that blackouts occur occasionally as the grid fails to keep up with demand. Despite appeals for rationalization, lights are left blazing and the air conditioning turned down to bone-chilling temperatures 24/7. It does not help that water is practically free and electricity dirt cheap, while heavily-subsidized fuel adds to rising pollution, gridlocked streets and poor public transport.

Kuwait is also not far behind in other excesses. Obesity and diabetes are widespread and food wastage is rampant. The seas and bays are polluted, fish and sea mammals are dying and desertification is a constant menace to the state’s greenification efforts. In the face of these challenges, Kuwait is trying to educate the public and moving to end or reduce subsidies on power and petrol to bring a semblance of sanity to consumption patterns. Falling oil prices and a looming budget deficit are adding a sense of urgency to these efforts.

But each one of us can strive on our own by using less power and water, walking short distances instead of taking the car, carpooling with colleagues to commute to work, shopping smartly for groceries and other perishables and spreading awareness about reducing our carbon footprints.

We may not be able to prevent the glaciers melting, the seas rising or the haze dissipating by our efforts, but at least we will get the satisfaction of having done something for the environment. After all, charity begins at home.

A glimpse into Kuwait's recent pioneering past 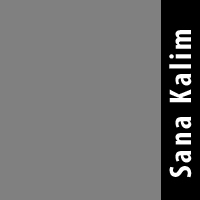 The Hijab In The Western Media