As the interior ministry stresses its zero-tolerance policy towards begging, beggars in turn are devising new means to dodge the crackdown. While some see it as a last resort for subsistence, others use the proceeds to offset their bills as economic hardship bites. According to the rules, foreigners who are caught begging will be deported and will be banned from entering any Gulf Cooperation Council (GCC) country in the future.

Begging in Kuwait is a bit different from what we see in other countries. The establishment of the Social Affairs Department laid the technical and administrative foundations to combat begging – a menace that can do a lot of damage to Kuwait’s image worldwide. More so, it is really hard to beg in a country that is known to be one of the richest oil countries in the world and named by the UN as a ‘Humanitarian Center’. But with the winds of an economic downturn swirling around Kuwait and other Gulf countries, some beggars have developed creative ways to beg despite the threat of deportation. Some beggars pose as helpers, while others pretend to be very ill.

In one of the most creative begging tactics in Kuwait, an Arab woman used a 3D drawing to fake a cancerous growth on her body. The beggar, who pretended to be a cancer patient, made people believe she was in serious pain and needed to undergo urgent surgery. The woman (reportedly from a GCC country) claimed she had one of her legs amputated and needed to treat the other at a hospital in Egypt. A Kuwaiti victim said the woman rang his doorbell and claimed she had lost one leg to cancer and did not want to lose the second one. He said he believed her when he saw the ‘rotten leg’ and gave her KD 190. The woman was later arrested.

The high season for begging in Kuwait is usually in the holy month of Ramadan. Beggars can be seen around mosques to take advantage of people’s sympathy. According to reports, over 50 beggars (women and men) were arrested across Kuwait during Ramadan. “I often see an Arab woman in her late 20s wearing a niqab with a young girl begging for money whenever I come out of the mosque. I do give them money out of pity – at least for the sake of that small girl”, said Kareem, an Indian expat.
In order to evade arrest, some offer to help you – even if you don’t need their help, while others resort to selling various household items on the street. “I see some kids and men selling weird items along the road. I just give them money without taking anything in return. I feel they are not actually selling those things but are indirectly asking for help”, said Rola Ahmed, a 41-year-old Lebanese expat.

However, everyone selling goods on the streets is not a beggar. Kuwait Times sighted an elderly man (a bedoon) selling some items along Airport Road. We offered him KD 5 – but surprisingly, the old man rejected the money and gave us KD 4 back with a pack of towels. “I’m not a beggar – I’m just selling these things to make a living. I’m sorry, I can’t take it. If you want to help me, please buy from me,” he insisted.

“Whenever I see an old man holding towels or tissues, I always buy from him. Some of them are not beggars. On the contrary, I actually respect the fact that they are actually doing something to help themselves. But some beggars are now pretending to be selling stuff too,” said Youssef, a 30-year-old Kuwaiti.

Door-to-door
In another form of begging, some are going door-to-door. “On many occasions, some women dressed in abayas knock at my door asking for financial assistance. They claim to be Syrians who are in urgent need of money for their families in Syria. This seems weird in a conservative society like Kuwait. Initially, I used to give them some money, but these days, I don’t open my door anymore for them,” Lilla, a European teacher, told Kuwait Times.

“I heard someone knocking on my door, but I didn’t answer because I wasn’t expecting anyone. But when I looked through the peephole, I saw a woman going door-to-door begging for money. At first I was very scared, but when I went down, she met me near my car and asked for help. I gave her KD 5. I have never encountered this in Kuwait before. I think this is a new phenomenon,” said Tony Edi, an African expat. Other residents Kuwait Times interviewed also narrated similar experiences.

Executive begging
In another begging tactic, a young man in his early thirties was spotted begging from a flashy sports car in Salmiya. “This is what he does every time. He always claims to have lost his wallet – asking people to help him with some cash. If you come the following day, you will see him telling the same story again. The conman continues to prey on vulnerable victims to feed his habits,” Ibrahim Omar said.

According to lawyer Osama Ameen, begging is illegal in Kuwait. “I strongly advise people not to beg because Kuwaiti law has zero tolerance towards begging. Any foreigner caught begging will be deported. Deported beggars are not allowed back into Kuwait under any circumstances and their sponsors will not be allowed to sponsor anyone regardless of the reasons and they will be blacklisted. Don’t open your door to beggars – it is risky. There are proper channels to assist the needy – through legalized charitable organizations,” Ameen told Kuwait Times.

It may be recalled that the Municipality issued a strong warning recently that it would deport any cleaning worker caught begging or acting contrary to public order. It also warned cleaning firms having contracts with the Municipality to advise their staff to abstain from begging.

By Chidi Emmanuel and Sahar Moussa 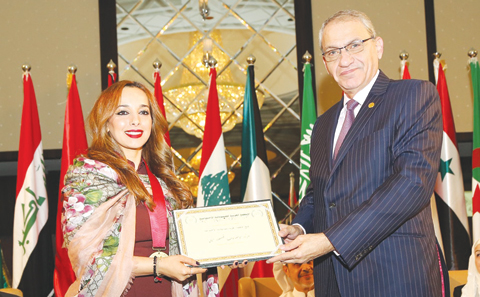 Amnesty to jailed police officers ahead of Ramadan 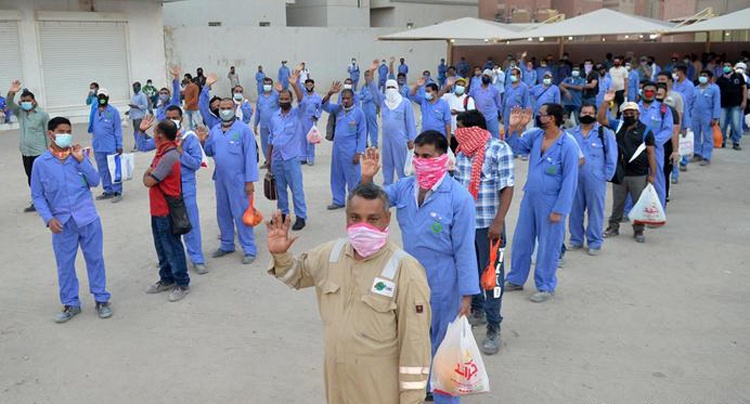 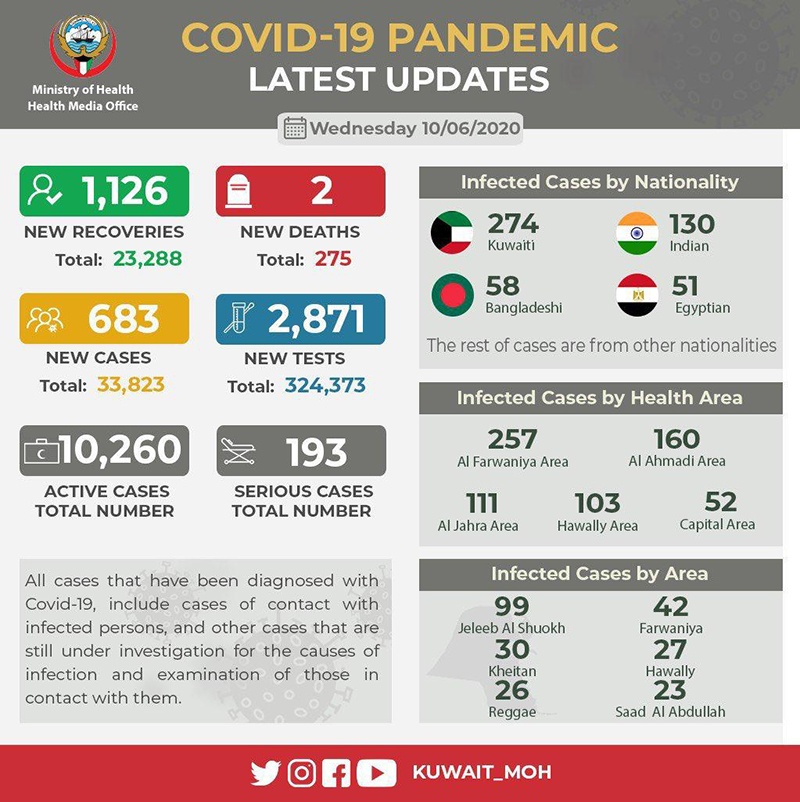