PARIS: Belgium’s approach to immigration and security has again come under fire after the Brussels bombings, but some say the country is being unfairly singled out and the timing of the criticism is crass. Among the more bizarre statements was that of Israeli Intelligence Minister Yisrael Katz. “If in Belgium they continue to eat chocolate, enjoy life and parade as great liberals and democrats while not taking account of the fact that some of the Muslims who are there are organizing acts of terror, they will not be able to fight against them,” Katz told Israeli radio.

But it was criticism closer to home that triggered particular outrage, after French Finance Minister Michel Sapin accused Brussels of “naivety” over the spread of Islamist extremism in their country. “I think there was… a lack of will, on the part of some (Belgian) authorities… perhaps also a kind of naivety,” Sapin said on Tuesday, suggesting they “thought that to encourage good integration, communities should be left to develop on their own”. Speaking to French TV station LCI, he added: “We know… that this is not the right answer. When a neighborhood is in danger of becoming sectarian, we should (implement) a policy of integration.”

Belgium has faced much criticism over its security failings, particularly in the wake of November’s Paris attacks that were largely planned in the Brussels suburb of Molenbeek, considered a hotbed of Islamist radicalism. Some criticisms have been hard to refute, such as revelations from Turkey yesterday that Brussels attacker Ibrahim El Bakraoui was detained and deported back to Europe last year. Turkish President Recep Tayyip Erdogan said Belgian authorities had failed to confirm the suspect’s jihadist links “despite our warnings”.

‘Solidarity not lectures’
But the timing of Sapin’s comments, just hours after the bombings at the Brussels airport and metro station, was considered highly inappropriate. “It is indecent when people are suffering, are in shock. We need solidarity, not lectures,” said Belgian Socialist politician Laurette Onkelinx. A member of Sapin’s own French Socialist party, Francois Lamy, described the finance minister’s statement as “just shameful”. French Prime Minister Manuel Valls also sought to distance himself from his colleague’s words, saying he did not want “to lecture our Belgian friends”.

“We closed our eyes, everywhere in Europe and including France, to the rise of extremist Salafist ideas in neighborhoods where a mix of drug trafficking and radical Islam have led astray… some of the youth,” Valls told Europe 1 radio. Nonetheless, Belgium has spawned more jihadists per capita than any other EU country, with some 500 leaving for Syria and Iraq from a population of only 11 million, officials say. Its political divisions have prevented effective coordination between security services, and have also been blamed for allowing radicalization to fester. A brief moment of elation followed the arrest of Paris suspect Salah Abdeslam last week in Brussels, but that was quickly snuffed out by Tuesday’s carnage.

‘Could happen anywhere’
Despite all this, experts have warned against singling out Belgium for criticism. “I’d caution against focusing too much on Belgium and blaming them,” said Thomas Hegghammer, a terrorism expert at the Norwegian Defense Research Establishment. “This is about networks and where they are strong. Today, it happens to be in Belgium, but a similar situation could be replicated elsewhere,” he said.

Hegghammer noted that savvy militants were increasingly skilled at flying under the radar by using encrypted communications—and that this could happen in other countries. Belgium’s ambassador to Britain, Guy Trouveroy, said it was “not entirely right” to suggest some areas of his country had been abandoned by the authorities. “It is always easy afterwards to say ‘We should have, we should have’,” Trouveroy told the BBC.

“At the time, the threats were not there and this Syria issue is relatively new. We had to move up to the challenge and we went maybe pace-by-pace, haphazardly. It is not easy. “These are professionals and they know how to put up commando operations.” Meanwhile, an aide to Sapin said the minister had not wanted to single out Belgium and was talking more generally about the terrorist threat. The aide said Sapin had sent a message to his Belgian counterpart, Johan Van Overtveldt, apologising for the “controversy”._ AFP 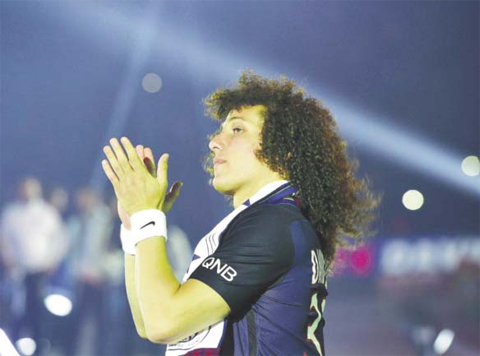 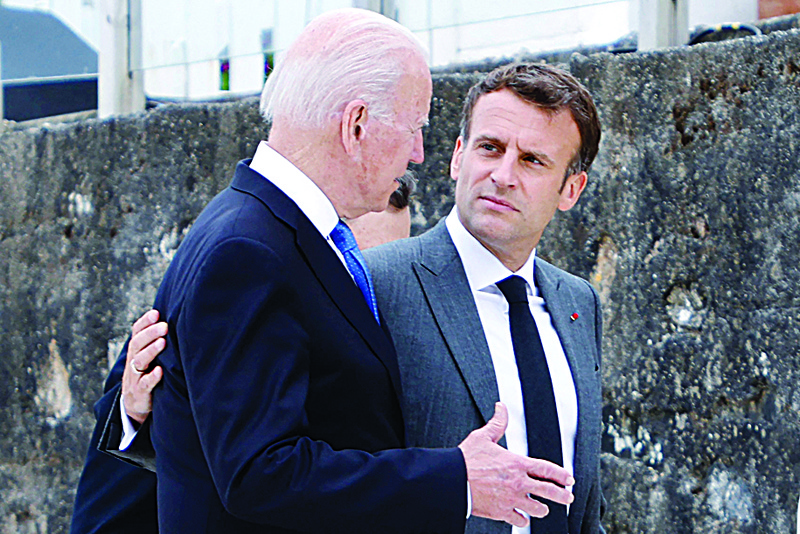 US and France leaders try to defuse submarine row 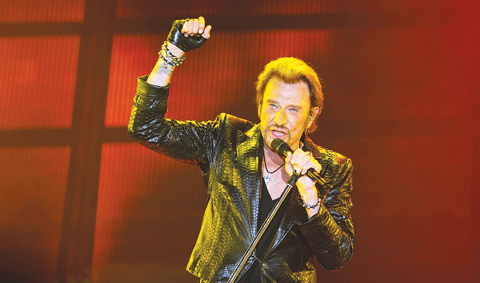 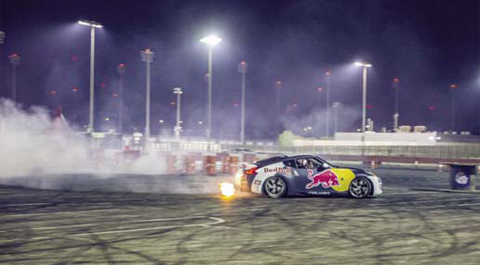