The general directorate of criminal investigation arrested a local gang specialized in forging salary certificates and loan documents. This article seeks to send a warning message to everyone, especially new expatriates to Kuwait who do not know the state’s laws and are in danger of being involved in a forgery crime here, leading to prison, deportation and of course losing more money. I think expat victims assume citizens may be protected by law and wasta, but the whole thing is a dangerous ride and not worth it.

News of fraud has become widespread, even though these crimes are very perilous and the punishment is great. When a gang falls, everyone falls – those who deceived others and those who were involved in the crime.

The arrest operation began when the Criminal Investigation Department received information about a Kuwaiti falsifying salary certificates of a government institution and major airlines, and also facilitating loans from banks and companies for money. After obtaining a warrant from the public prosecution, the suspects were arrested. They had 16 salary certificates ready for delivery for KD 1,000 each.

The detectives began the investigation with the ringleader to learn about the people who dealt with them and bought the fake salary certificates, as well as the banks and companies that provided the loans after forged documents were submitted. I think that what is happening today is a lack of awareness of the law. You find the defendant may not know that the offense is a crime of fraud. Those who paid KD 1,000 for each document naturally hoped to get double if not triple this amount from banks and companies in return.
Unfortunately, we are still using paper and manual work instead of switching to digital, which leaves little room for tampering, especially since transactions related to loans, for example, requires paperwork such as copies of salary, identity and possibly other fraudulent documents. The arrested gang knew exactly what was required, because when they were arrested, they had a number of certificates ready for delivery for the agreed amount.

I believe that research into the causes of the spread and rise of these crimes is important, because it is possible that there is a belief that these actions realize quick profits, even as some said they didn’t know it was a crime punishable by law. It is known that fraud is often rampant with regards to university degrees to benefit from job promotions or driving licenses, but this has extended to making false papers to take money from banks. The arrest of the suspects has dashed everyone’s hopes. 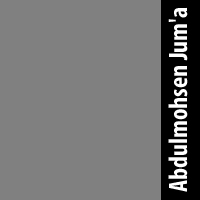