Coldplay and Beyonce went both retro and inspirational on Sunday as they put on a colorful Super Bowl halftime show full of flowers and happy children. While Coldplay was nominally the headliner at the American football championship game, it was Beyonce who made news-moments after the show finished, a brief television advertisement announced that she will head on a world tour. With more than 100 million people estimated to be tuning into the Super Bowl, likely the top US television event of the year, Beyonce was ensured of maximum exposure.

The 40-date tour of stadiums across North America and Europe will open April 27 in Miami and close July 31 in Brussels, Beyonce’s promoters announced shortly afterward. Beyonce, who had been relatively quiet in 2015, on the eve of the Super Bowl released a new song, “Formation,” a hip-hop-driven track with a theme of racial pride. Beyonce put on “Formation” at the Super Bowl, backed by a synchronized squad of dancers in matching black leather bodysuits with golden highlights. She took over the show from Coldplay, who paid tribute to the Super Bowl’s host city of San Francisco with a stage that flashed in the tie-dye of the city’s 1960s counterculture as dancers on the field hoisted giant flower shapes. The show ended with the stars together on stage as spectators in the stands held up colorful cutouts to read out the words, “Believe in Love.”

Indian theme for Coldplay
Coldplay also pursued a fascination with India. The British rockers together with Beyonce recently released an Indian-themed video for “Hymn for the Weekend,” eliciting much negative feedback on social media from Indians who found the imagery cliched. Coldplay decorated the Super Bowl stage with marigolds and wrote the band’s name in Hindi on their amplifiers and drumset. Singer Chris Martin raced onto stage singing the upbeat Coldplay track “Viva La Vida” as the Youth Orchestra Los Angeles, led by Venezuelan maestro Gustavo Dudamel, enthusiastically ran in with him.

Furthering the theme of youth, Martin sang to a crowd full of bouncy youngsters whose screams threatened to drown him out as he reached down from the stage. While Beyonce’s appearance was an open secret, the Super Bowl stage featured one surprise-Mark Ronson. The English artist led his hit “Uptown Funk” as Bruno Mars-who in 2014 had been the Super Bowl halftime headliner — re-emerged to lead an urban-style dance crew. With the game marking the 50th Super Bowl, Mars and Beyonce converged together on stage to a medley of tracks from past halftime performers. One snippet showed Michael Jackson, whose black-and-gold outfit was the clear

inspiration for Beyonce’s attire for the night-although the late King of Pop had worn trousers. Earlier in the Super Bowl, Lady Gaga-best known for her outrageous outfits and hyper-sexual stage persona-delivered a classic and at times jazzy rendition of the national anthem. Sporting a sparkling red pantsuit and heavy red eye makeup, along with blue polish on her long nails, Lady Gaga drew loud applause for her performance of “The Star-Spangled Banner” and appeared to be holding back tears. Lady Gaga has increasingly moved away from her over-the-top performances and distinguished herself by singing pop classics in a duet with 89-year-old Tony Bennett.-AFP 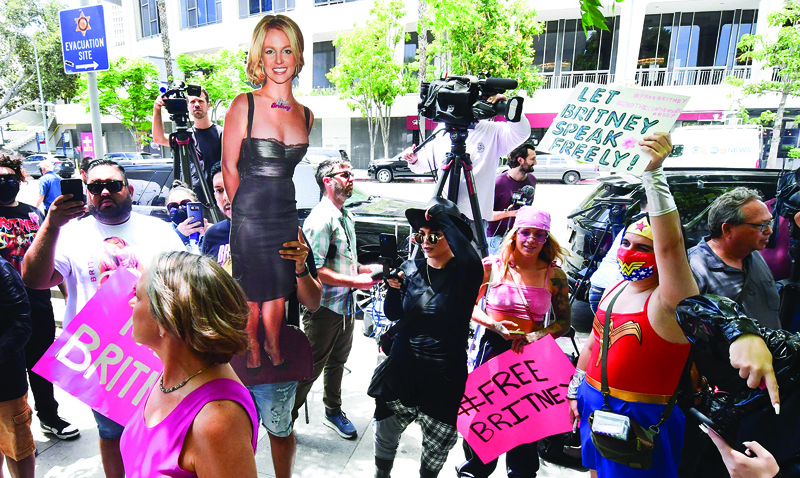 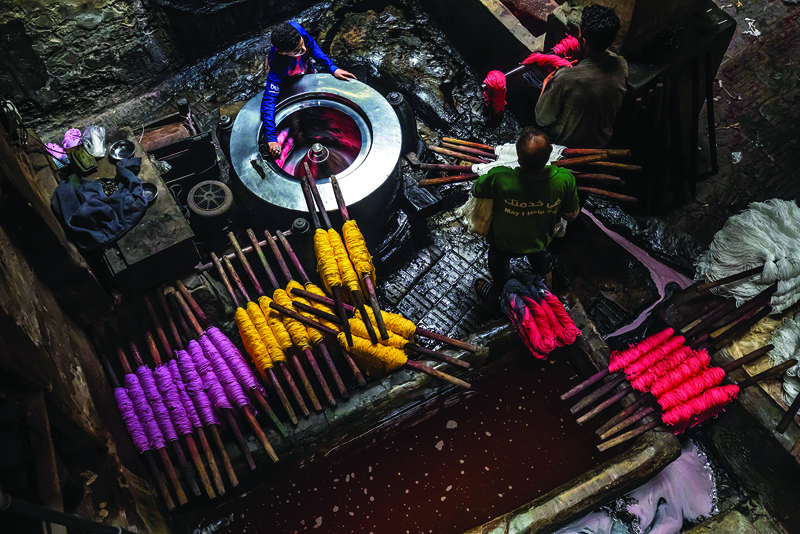 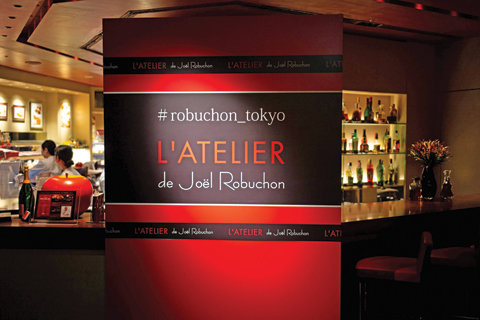 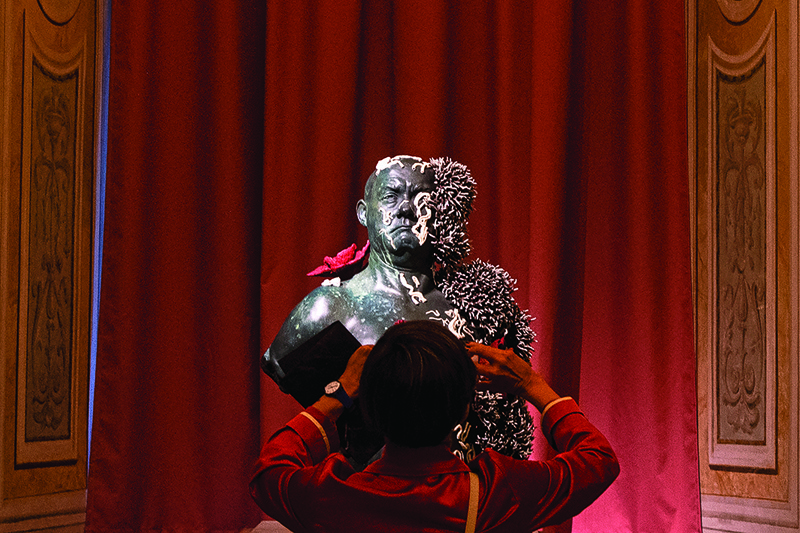