KYIV: A fresh attempt by Ukraine’s besieged port city of Mariupol to evacuate its civilians failed again yesterday as Moscow and Kyiv traded blame for ceasefire breaches for a second consecutive day. Russia’s invasion of Ukraine, now into an eleventh day, has seen more than 1.5 million people flee the country, in what the UN has called “Europe’s fastest growing refugee crisis since World War II”.

Pope Francis yesterday deplored the “rivers of blood and tears” flowing in Ukraine, as Washington cited “very credible reports” that Russia committed war crimes by deliberately attacking civilians. Hundreds of civilians have been killed and thousands wounded, with hundreds of thousands of mostly women and children pouring into neighboring countries such as Poland, Romania or Moldova for refuge.

After the West imposed unprecedented sanctions against businesses, banks and billionaires in a bid to choke off the Russian economy, US-based card payment giants Visa and Mastercard were the latest companies to announce they would suspend operations in Russia. World leaders vowed further punitive action if Vladimir Putin failed to change course but the Russian leader has equated global sanctions with a declaration of war and has warned that Kyiv is “putting in question the future of Ukrainian statehood”.

With a wary eye on Russia’s nuclear stocks, NATO allies have so far rebuffed Ukraine’s calls for a no-fly zone. Putin has threatened “colossal and catastrophic consequences not only for Europe but also the whole world” if a no-fly zone is set up. In the latest sign that sanctions were biting, Moscow said yesterday that retailers in Russia will restrict sales of essential goods including bread, rice and flour to limit black market speculation.

Cracking down on dissent at home, Russia detained around 2,500 people across the country for staging protests against its military assault on Ukraine. The Ukrainian military said yesterday it was engaged in “fierce battles” with Russian forces for the control of borders at the southern city of Mykolaiv and Chernihiv in the north. “The main efforts are focused on defending the city of Mariupol,” it said in a Facebook post, adding an operation by Ukrainian forces was also underway in the eastern part of the Donetsk region.

Efforts Saturday to get people out of Mariupol – one of the most ferocious scenes of war – collapsed almost immediately with both sides accusing each other of breaching a ceasefire agreement. A fresh attempt yesterday again failed. The strategic city of Mariupol on the Azov Sea has for days been under siege and without electricity, food and water, with stop-start ceasefires.

In a telephone call with French President Emmanuel Macron, Putin blamed Kyiv for not keeping to “agreements reached on this acute humanitarian issue”, the Kremlin said. But the governor of the eastern region Donetsk, Pavlo Kirilenko, said “the column to evacuate the population could not leave Mariupol… because the Russians regrouped their forces and started to bombard the city”. “It is extremely dangerous to get people out in these conditions,” he said, adding that humanitarian aid from Zaporozhzhia also could not reach the people.

Very few refugees from the port city made it out on Saturday, but one family – who did not give their names – arrived in the central city of Dnipro and recounted their harrowing experience. “We stayed in the basement for seven days with no heating, electricity or Internet and ran out of food and water. We think we might be the only people to get out,” one said. “On the road, we saw there were bodies everywhere, Russians and Ukrainians. There was so much damage to the city. We saw that people had been buried in their basements.”

Elsewhere, Russian forces have been inching closer to the capital Kyiv in an assault that has become ever-more indiscriminate – and deadly. At Bilogordoka on the outskirts of Kyiv, Ukrainian troops have planted explosives on what they say is the last intact bridge standing in the way of Russian forces advancing down the western flank of the capital. “This is the last bridge, we’re defending it and not letting them break through to Kyiv,” said a fighter who gave his name as “Casper”.

The former paratrooper who joined Ukraine’s volunteer territorial defense said his team will blow up the bridge if the Russians advance and “make sure to sink as many enemy tanks as we can while we do it.” Dozens of civilians have been killed in Chernihiv. Those remaining live in craters or among ruins. “There were corpses all over the ground,” a man who gave his name only as Sergei told AFP, as air raid sirens wailed. “They were queueing here for the pharmacy that’s just there, and they’re all dead.”

AFP reporters saw scenes of devastation – despite Moscow’s insistence it is not targeting civilian areas. Rejecting Moscow’s denials, US Secretary of State Antony Blinken told CNN that “we’ve seen very credible reports of deliberate attacks on civilians, which would constitute a war crime”.

Kyiv has urged the West to boost its military assistance, with Zelensky pleading for Eastern European neighbors to provide Russian-made planes that his pilots are trained to fly. A barrage of Russian missiles destroyed an airport in central Ukraine’s Vinnytsia, said Zelensky, underscoring his appeal for help. Blinken said Washington was “working actively” on a deal with Poland to supply Ukraine with jets.

Several US media earlier reported Washington is working on a deal in which Poland would send Soviet-era aircraft to Ukraine in return for US F-16 fighter jets. Weapons, ammunition and funds have poured into Ukraine from Western allies as they seek to bolster Kyiv against Moscow’s invasion. Washington last week authorized $350 million of military equipment – the largest such package in US history.

Tens of thousands of people have demonstrated this weekend across the West in cities from London to Barcelona to New York in support of Ukraine, demanding an end to Russia’s invasion. Frantic diplomatic talks continued, with Zelensky saying on Sunday he spoke by telephone with US President Joe Biden to discuss further financial support and sanctions against Russia.

Macron and Turkish President Recep Tayyip Erdogan became the latest to speak with Putin in separate phone calls yesterday. Erdogan urged his Russian counterpart to agree to “an urgent general ceasefire”. A day earlier, Zionist Prime Minister Naftali Bennett visited the Kremlin for three hours of talks. Kyiv had asked the Zionist entity – which has strong relations with both Russia and Ukraine – to launch a dialogue with Moscow. “Even if the chance is not great – as soon as there is even a small opening, and we have access to all sides and the capability – I see this as our moral obligation to make every effort,” Bennett said yesterday. – AFP 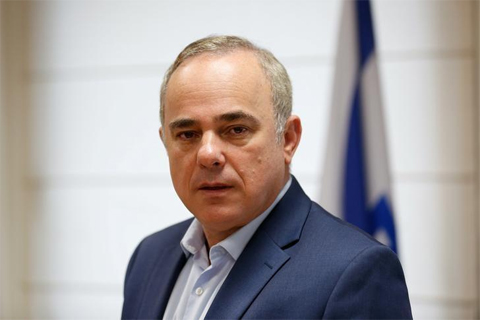 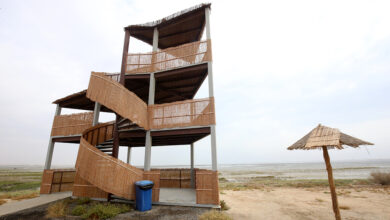 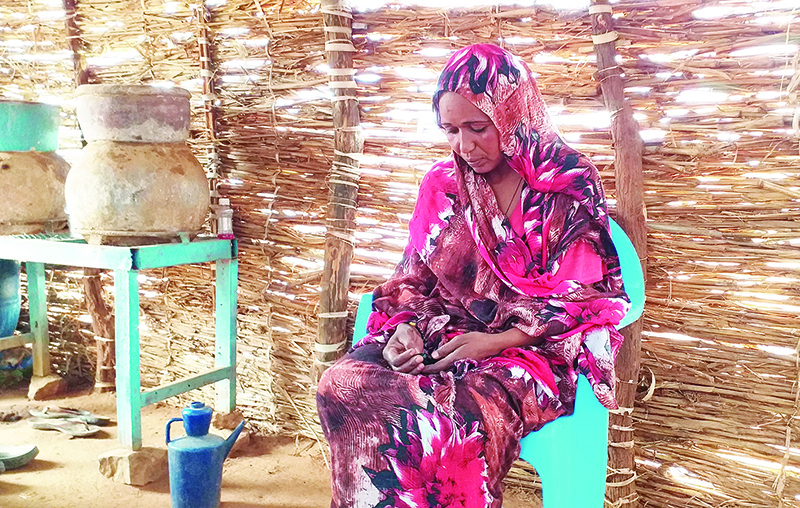 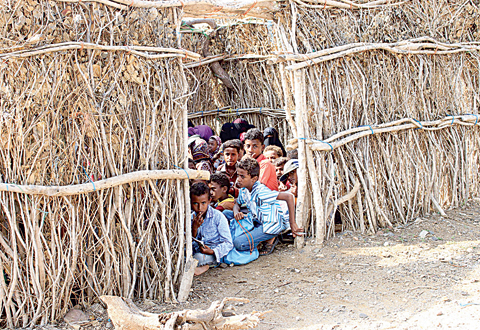 Yemeni teacher turns his home into school for 700 students