WASHINGTON: Presumptive US Democratic presidential nominee Joe Biden is facing growing calls from within and outside his party to respond to a former aide’s allegation that he sexually assaulted her nearly 30 years ago, an assertion Biden’s campaign has denied. Tara Reade, who worked as a staff assistant in Biden’s US Senate office from December 1992 to August 1993, has accused Biden of pinning her against a wall in 1993 and reaching under her shirt and her skirt.

Biden’s campaign has said the incident never occurred. Biden himself has not addressed the allegation, and the former vice president has not been questioned on the matter in recent interviews with national and local media. Two more women corroborated part of Reade’s allegation in interviews with Business Insider. A Biden campaign spokesman declined to comment on Wednesday about the new sources or calls for Biden to respond.

Reuters has not been able to independently confirm Reade’s allegation and was also unable to reach Reade or a representative for comment. The New York Times said in a statement on Wednesday an investigation it conducted of the matter “made no conclusion either way.” US Representative Alexandria Ocasio-Cortez, an influential liberal Democrat, said during an online forum this week that Reade’s accusation deserves a fair examination.

Nina Turner, who was national campaign co-chair for Biden’s former White House rival, Bernie Sanders, told Reuters on Wednesday that Biden has to answer the question. “It can’t appear that she’s being ignored just because it’s an inconvenient truth for certain people in the Democratic Party,” Turner said. The Washington Post editorial board on Wednesday called on Biden, 77, to speak about the allegations and release papers from the relevant period, when he was a senator from Delaware, in case those documents might include a complaint Reade has said she filed over the incident.

Several prominent women on Biden’s vice-presidential short list, such as Senators Kamala Harris and Amy Klobuchar and former Georgia state Representative Stacey Abrams, have stood by Biden. So has Senator Kirsten Gillibrand, another former presidential candidate, who has made aiding victims of sexual assault a centerpiece of her political career.

President Donald Trump’s reelection campaign increasingly has tried to turn the allegations into a liability for Biden. In a memo to the media on Wednesday, Trump campaign spokesman Tim Murtaugh said Biden was seeking to shield himself from criticism by avoiding personally addressing Reade’s allegation. Trump, 73, a Republican who will face Biden in the Nov. 3 general election, has been accused by more than a dozen women of sexual assault and misconduct over the years, allegations which he and his aides have consistently denied.

Reade, 56, was one of eight women who last year came forward to say Biden had hugged, kissed or touched them in ways that made them uncomfortable, though none accused him of sexual assault. She publicly accused him of the assault on a podcast in March. At the time of the women’s statements last year about behavior that made them uncomfortable, Biden, who had yet to launch his presidential bid, released a video promising to be “much more mindful” of people’s personal space.

Trump brushes off polls
Meanwhile, President Donald Trump told Reuters on Wednesday he does not believe opinion polls that show his likely Democratic presidential opponent, Joe Biden, leading in the 2020 race for the White House. During an interview in the Oval Office, the Republican president said he did not expect the election to be a referendum on his handling of the coronavirus pandemic and added he was surprised the former vice president was doing well.

“I don’t believe the polls,” Trump said. “I believe the people of this country are smart. And I don’t think that they will put a man in who’s incompetent.” Trump has criticized Biden’s decades-long record as a US senator and as President Barack Obama’s vice president. “And I don’t mean incompetent because of a condition that he’s got now. I mean he’s incompetent for 30 years. Everything he ever did was bad. His foreign policy was a disaster,” Trump said.

Polls conducted this week by Reuters/Ipsos about a general election matchup showed that 44% of registered voters said they would back Biden in the Nov. 3 election, while 40% said they would support Trump. More critical for Trump, a recent poll by Reuters/Ipsos of the three key battleground states of Michigan, Wisconsin and Pennsylvania had Biden with a 45%-39% edge over the president. Trump’s victories in those states in the 2016 election helped propel him to the White House.

Trump closely questioned his campaign manager, Brad Parscale, and other political advisers after they showed him poll numbers showing him losing the re-election race to Biden, according to a source familiar with the matter. The president was told he was behind Biden in many key battleground states and would have lost the Electoral College if the election had taken place in April. Trump, in a tweet early on Thursday, said he supported Parscale. “Actually, he is doing a great job. I never shouted at him (been with me for years, including the 2016 win), & have no intention to do so,” he said.- Agencies

Bollywood mourns another star as Rishi Kapoor dies at 67

Iran tells US not to 'plot' against it amid tensions 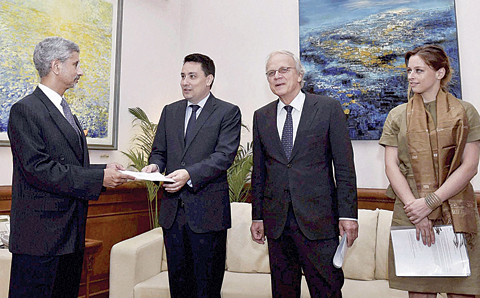 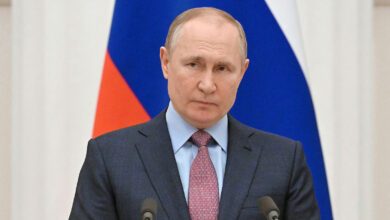 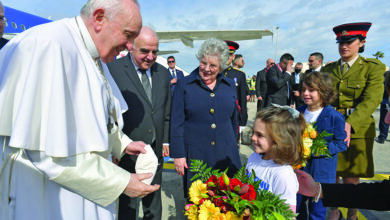 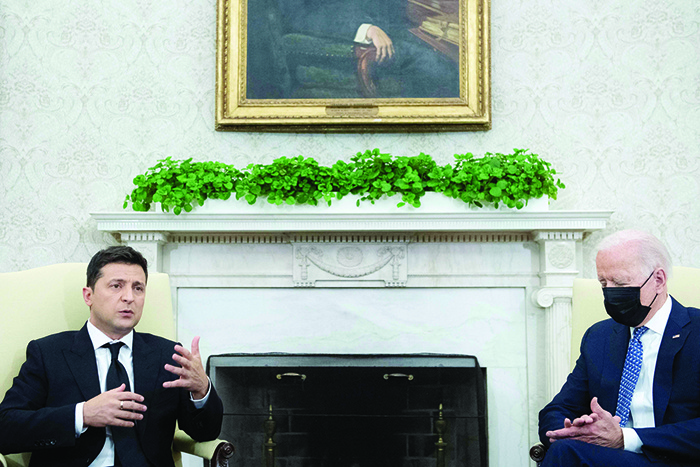