A bone-chilling escalation of the tit-for-tat spy games

HAVANA: Frightening attacks on US personnel in Havana struck the heart of America’s spy network in Cuba, with intelligence operatives among the first and most severely affected victims, The Associated Press has learned. It wasn’t until US spies, posted to the embassy under diplomatic cover, reported hearing bizarre sounds and experiencing even stranger physical effects that the United States realized something was wrong, individuals familiar with the situation said.
While the attacks started within days of President Donald Trump’s surprise election in November, the precise timeline remains unclear, including whether intelligence officers were the first victims hit or merely the first victims to report it. The US has called the situation “ongoing.” To date, the Trump administration largely has described the 21 victims as US embassy personnel or “members of the diplomatic community.”

That description suggested only bona fide diplomats and their family members were struck, with no logical motivation beyond disrupting US-Cuban relations. Behind the scenes, though, investigators immediately started searching for explanations in the darker, rougher world of spycraft and counterespionage, given that so many of the first reported cases involved intelligence workers posted to the US embassy.

Element of mystery
That revelation, confirmed to the AP by a half-dozen officials, adds yet another element of mystery to a year-long saga that the Trump administration says may not be over. The State Department and the CIA declined to comment for this story. The first disturbing reports of piercing, high-pitched noises and inexplicable ailments pointed to someone deliberately targeting the US government’s intelligence network on the communist-run island, in what seemed like a bone-chilling escalation of the tit-for-tat spy games that Washington and Havana have waged over the last half century.

But the US soon discovered that actual diplomats at the embassy had also been hit by similar attacks, officials said, further confounding the search for a culprit and a motive. Of the 21 confirmed cases, American spies suffered some of the most acute damage, including brain injury and hearing loss that has not healed, said several US officials who weren’t authorized to speak publicly on the investigation and demanded anonymity. They heard an unsettling sound inside and in some cases outside their Havana homes, described as similar to loud crickets. Then they fell ill.

Over time, the attacks seemed to evolve. In many of the more recent cases, victims didn’t hear noises and weren’t aware an attack was occurring, identifying the symptoms only later. That has raised concerns among investigators that the attacks may be getting more sophisticated and harder to detect, individuals briefed on the investigation said.

Though the State Department has called all the cases “medically confirmed,” several US officials said it’s unclear whether all of the victims’ symptoms can be conclusively tied to attacks. Considering the deep sense of alarm among Americans working in the embassy, it’s possible some workers attributed unrelated illnesses to attacks. Almost nothing about what has transpired in Havana is perfectly clear. But this is Cuba. For decades, Washington and Havana pushed their rivalry to unprecedented levels of covert action.

Bitter history
The former enemies tracked each other’s personnel, turned each other’s agents and, in the case of the CIA, even mounted a failed attempt to overthrow the Cuban government in the 1961 “Bay of Pigs” invasion. There were hopes, though, that the two nations were starting to put that bitter history behind them after renewing diplomatic relations in 2015. When the attacks first occurred, the US and Cuban governments were hard at work on clinching new commercial and immigration agreements. No new spat among intelligence services was publicly known.

Eleven months on, the US cannot guarantee the threat is over. Last week, the State Department warned Americans to stay away from Cuba and ordered more than half the embassy staff to leave indefinitely. The US had previously given all embassy staff the option to come home, but even most of those struck by the mysterious attacks had opted to stay, individuals familiar with the situation said. For those staying and new arrivals, the US has been giving instructions about what to watch and listen for to identify an attack in progress. They’re also learning steps to take if an attack occurs that could mitigate the risk, officials said.

But the US has not identified whatever device is responsible for the harm. FBI sweeps have turned up nothing. So to better identify patterns, investigators have created a map detailing specific areas of Cuba’s capital where attacks have occurred, several individuals familiar with the matter said. Three “zones,” or geographic clusters of attacks, cover the homes where US diplomats live and several hotels where attacks occurred, including the historic Hotel Capri.

Since first disclosing the situation in August, the United States had generally avoided the word “attacks.” It called them “incidents” instead until last Friday. Now, the State Department deems them “specific attacks” targeting Americans posted in Havana, without saying what new information, if any, prompted the newfound confidence they were indeed deliberate. The most obvious motive for attacking Americans in Havana would be to drive a wedge between the US and Cuba. If that’s the case, the strategy appears to be succeeding.

Heartbroken?
Last week’s embassy drawdown added to the growing friction between the nations. And an accompanying new travel warning deemed Havana’s hotels unsafe for visitors, threatening to drive down tourism, a backbone of Cuba’s economy. In Havana, American diplomats are frantically selling off possessions – from mattresses to canned goods to children’s toys – and hunting for jobs and places to live in the United States. Many have spent years overseas and don’t have homes waiting for them in the United States.

“Heartbroken? Me too, but this will make you feel better,” one seller posted in a chatroom for foreigners in Cuba, under a picture of a Costco artichoke hearts jar selling for $6. For Cubans, it may be no better. The US has been providing 20,000 visas a year to Cubans moving to the United States. It has issued thousands more to Cubans wishing to visit family in America. The reduction in US staff in Havana means visa processing there has been suspended indefinitely.

Cuba has vehemently denied involvement or knowledge of the attacks. Some in the US government believe the Cubans may be telling the truth, officials said. When President Raul Castro denied any culpability in February, he did so on the sidelines a meeting in Havana with five visiting US members of Congress, the AP found. The US had raised complaints about the attacks to Cuba just days earlier through diplomatic channels.

But the visiting lawmakers knew nothing of the attacks taking place in the country they were visiting. Nor did they know that Castro had used the occasion of their meeting to pull aside Jeff DeLaurentis, then the top US diplomat in Cuba, to say privately that his government was equally alarmed and willing to help. The lawmakers all declined to comment. Cuban officials say they’re disappointed in the US retaliatory measures but will continue cooperating with the investigation.- AP 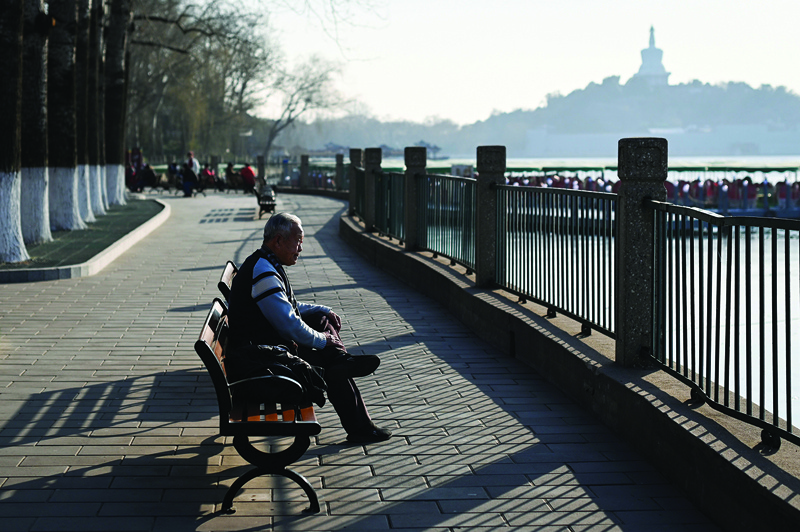 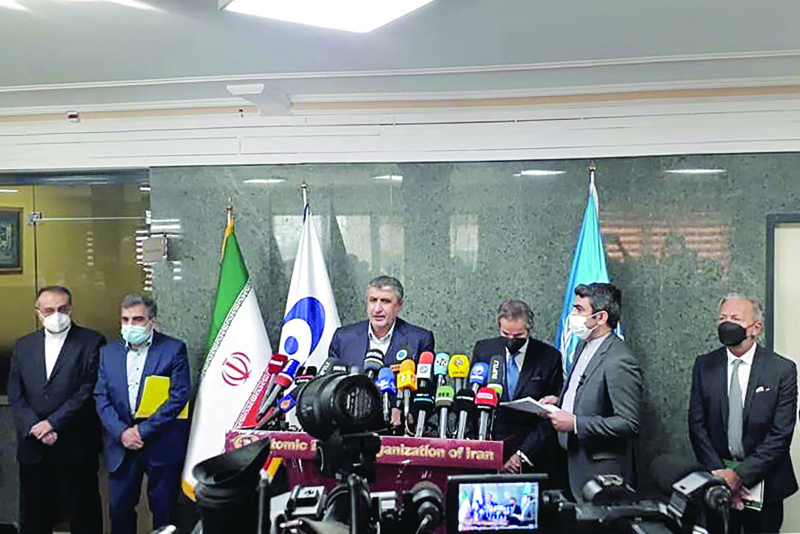 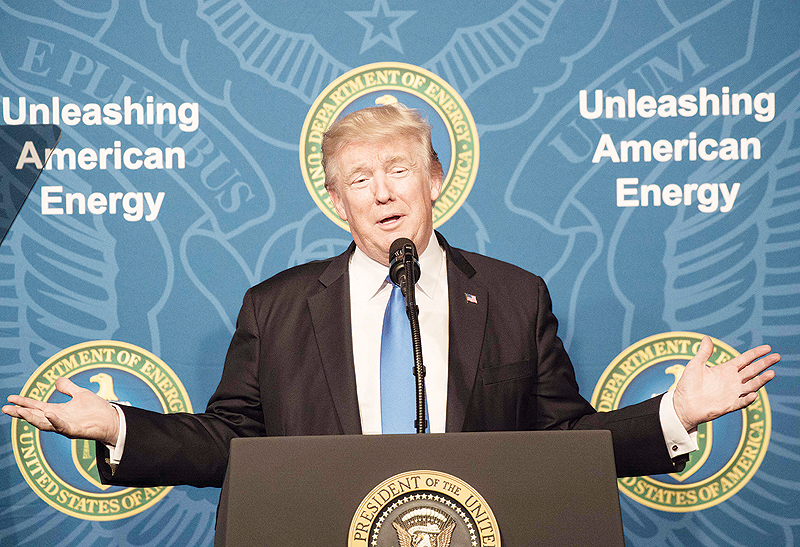 Trump says he would take foreign info on 2020 presidential opponent 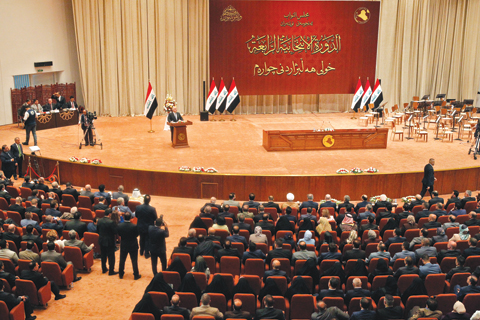