KUWAIT: Global markets managed to recover all of the losses incurred in May, after the US-China trade talks broke down, and resumed the drive upwards in continuation of the trend that persisted since the beginning of the year. Markets were buoyed by renewed hopes that the escalation between the US and China over trade tariffs will be contained and the two countries will go back to the negotiation table. Something which has actually materialized during the G20 meetings in Tokyo where the two Presidents of the US and China met and agreed to hold off on new tariffs and to resume trade talks.

Earlier in the month, the Federal Reserve voted 9-1 to keep the benchmark rate unchanged in a target range of 2.25 percent to 2.50 percent. Although the Fed didn’t formally expect a rate cut until 2020 according to the dot-plot, the market is still expecting a cut that would come as soon as July. The Dot plot shows the median Federal Funds rate at 2.1 percent in 2020 down from 2.6 percent in its March projections. Inflation was seen running below target and projections of the headline PCE inflation numbers were taken down to 1.5 percent for 2019 down from a projection of 1.8 percent in March. Ten-year Treasuries touched the 2.0 percent level for the first time since November 2016 after having dropped from around 2.50 percent since the beginning of May. Concerns about a weakening US economy are still lingering in the background as US Manufacturing remained somewhat weak as the ISM Manufacturing Index edged lower to 51.7 in June from a reading of 52.1 in May.

International Indices had a strong month with the MSCI AC World Index rallying 6.36 percent to close the quarter at 2.93 percent and to record a mid-year performance of 14.88 percent. Major US indices recorded robust returns for the month of June recovering all of their previous month’s losses and getting closer to new records. The S&P 500 and the Down Jones Industrial Average were up 6.89 percent and 7.19 percent recording returns for the first six months of the year of 17.35 percent and 14.03 percent respectively. The tech-heavy Nasdaq was also on track to break new records. It closed the month of June at 8,006.24 and up 7.42 percent for June, 3.58 percent for the second quarter, and 20.66 percent for the first half of the year.

Over in Europe the picture was largely similar with a broad-based rally across markets. The Stoxx Europe 600 bounced back by 4.28 percent returning to positive territory for the quarter at 1.52 percent. The German DAX was up 5.73 percent, while the French CAC40 added 6.36 percent recording 17.42 percent and 17.09 percent for the first half of the year. Manufacturing activity continued to weaken, however, with the Markit Manufacturing PMI down to 47.6 in June from 47.7 in May and market expectations of 47.8.

In the UK, the FTSE 100 ended the month of June up 3.69 percent reversing last month’s losses and closing the second quarter in the green. The Index is up 10.37 percent for the first half of the year. The Markit manufacturing PMI recorded 48.0 in June down from 49.4 the previous month, continuing its downward trend which started around the end of 2017.

In Japan, revised GDP figures for the first quarter of 2019 showed a growth of 2.2 percent, 0.1 percent better than the 2.1 percent preliminary data showed earlier. As to manufacturing activity, the Nikkei Manufacturing PMI showed a slight decline to 49.3 in June from a previous reading of 49.8. Equity markets, however, joined the global rally as the Nikkei 225 Index added 3.28 percent in June returning to positive territory for the quarter at 0.33 percent, while advancing 6.30 percent during the first half of the year.

Emerging markets also rallied while slightly underperforming. The MSCI EM Index added 5.70 percent in June to recover most of the losses recorded as of the end of May and close the second quarter down marginally at -0.31 percent. For the first six months of 2019, the index is up 9.22 percent. Notable winners include the Borsa Istanbul 100 Index which added 6.51 percent and the Brazil Ibovespa Index with an advance of 4.06 percent. Emerging Asian markets also had a strong month as the MSCI Asia ex-Japan added 6.06 percent. In India, however, the NIFTY 50 succumbed to selling pressure after it hit a record a high at the beginning of June and closed the month down 1.12 percent.

GCC markets had a short trading month this June due to the Eid Al-Fitr holiday as most markets started trading on June 9 and joined the global rally in equities. This momentum, however, was short lived as it lost steam in the wake of geopolitical tensions in the Gulf between the US and Iran. Nonetheless, most markets managed to end the month in the green albeit slightly underperforming the global and emerging markets. The S&P GCC Composite Index added 2.38 percent in June returning to positive territory for the second quarter with a gain of 1.09 percent. The index closed the first half of the year up around 10.8 percent driven by a strong performance in Saudi Arabia and Kuwait. The Tadawul All share Index managed to end the month of June up by 3.58 percent leading the performance of GCC equities. It was followed by Bahrain and Qatar with monthly returns of 2.62 percent and 1.78 percent respectively.

Kuwait closely followed with the Boursa Kuwait All Share Index adding 1.75 percent which pushed the second quarter return higher to 3.81 percent and the total performance for the first half of the year to 14.82 percent which is the highest among GCC peers. On a year-to-date basis, the Saudi market came in second after Kuwait with a performance of 12.71 percent. In the UAE, the Dubai market outperformed with a return of 1.46 percent against a loss of -0.47 percent for Abu Dhabi. On a year-to-date basis, Dubai is now up 5.09 percent, while Abu Dhabi is up 1.32 percent. Oman was the only GCC market that is negative for the year after declining by 1.25 percent in June bringing its total loss for the six month of 2019 to 10.15 percent. 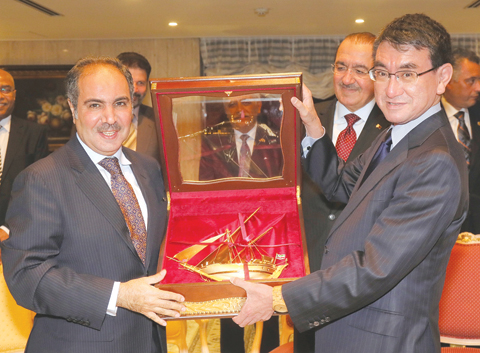 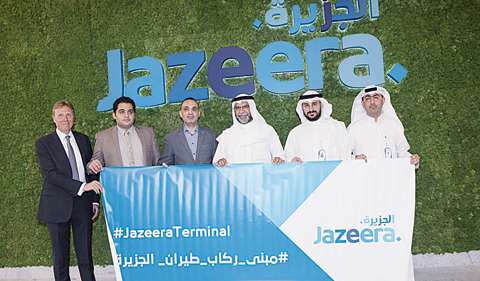 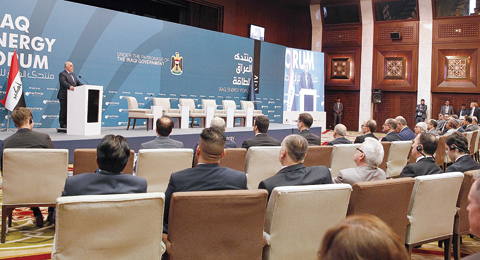 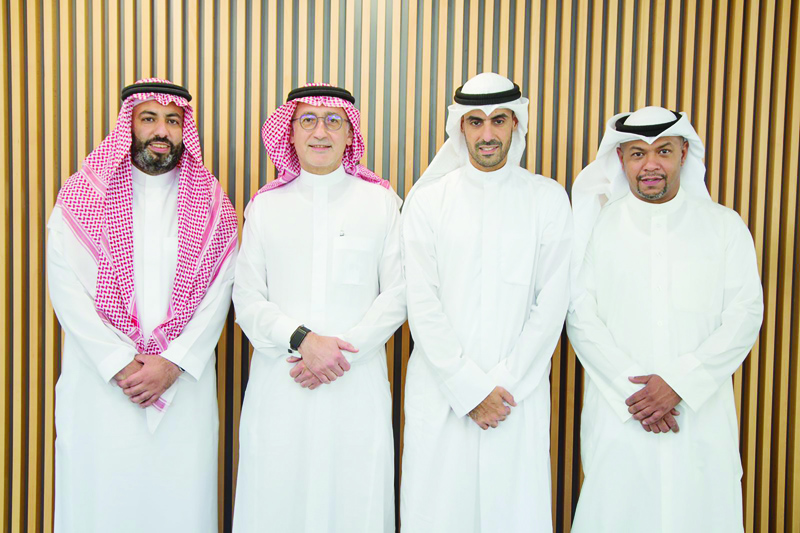