MANCHESTER: British police said they arrested two more people during raids yesterday in connection with the suicide bombing at a Manchester concert, with a “large part” of the network behind the attack now being held. The two men, aged 20 and 22, were arrested in north Manchester early yesterday after police gained entry to an address using a controlled explosion. The arrests bring to 11 the number of suspects held in Britain over Monday’s blast at a concert by US pop idol Ariana Grande, in which 22 people died and 116 were injured, and for which the Islamic State group has claimed responsibility.

Police in Libya have detained the father and brother of 22-year-old bomber Salman Abedi. Mark Rowley, head of Britain’s counter-terrorism police, said on Friday that police had captured “a large part of the network” linked to the atrocity in which seven children aged under 18 were among the 22 dead. “We are very happy we’ve got our hands around some of the key players that we are concerned about but there’s still a little bit more to do,” he said.

Britain’s terror threat assessment has been raised to “critical”, the highest level, meaning an attack is considered imminent. Armed police will be on patrol over the holiday weekend, with security increased at football’s showpiece FA Cup final at Wembley Stadium in London yesterday. “Anyone coming to the FA Cup Final or the other play-off matches over the weekend will see an increase in police numbers in and around the stadium,” said Jon Williams from the Metropolitan Police.

Security to the fore
The bombing was the latest in a series of IS-claimed attacks in Europe that have coincided with an offensive on the jihadist group in Syria and Iraq by US, British and other Western forces. Dozens of IS fighters were killed in US strikes in Syria on Friday, while masked gunmen killed at least 28 people in an attack on Coptic Christians in Egypt. But as campaigning resumed in Britain for a snap June 8 election following a halt called after Monday’s attack, the issue of security, which had not been widely discussed before the attack, was poised to feature highly.

Opposition Labour leader Jeremy Corbyn said it was the “responsibility” of governments to minimise the risk of terror by giving police the funding they need, after cuts made while Conservative Prime Minister Theresa May served as interior minister. The number of police officers fell by 14 percent, or almost 20,000, from 2009 to 2016, according to the independent Institute for Fiscal Studies think tank.

Focus on Internet
At the G7 summit meeting in Sicily on Friday, May faced questions from journalists over the police funding cuts during her six years as the interior minister. “We have protected counter-terrorism police funding, we’ve increased the funding for our security and intelligence agencies and we continue to provide them with the support they need,” May said. She also urged the G7 leaders to demand action from internet providers and social media companies to keep extremist content from getting online. “The fight is moving from the battlefield to the Internet,” she said.

A YouGov poll in The Times newspaper put the Conservatives at 43 percent compared with Labour at 38 percent, far better for Labour than the double-digit margin that had previously separated it from the governing party. But the poll also suggested that 41 percent of respondents believe the Conservatives would handle defense and security best, while just 18 percent said the same of Labour. YouGov polled 2,052 people on Wednesday and Thursday. – AFP 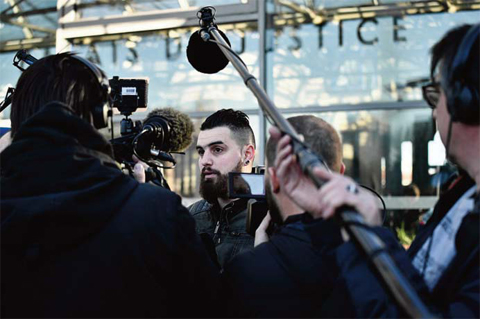 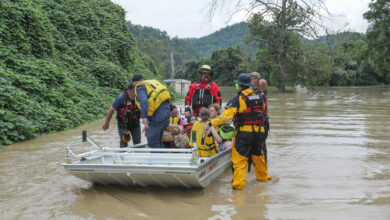 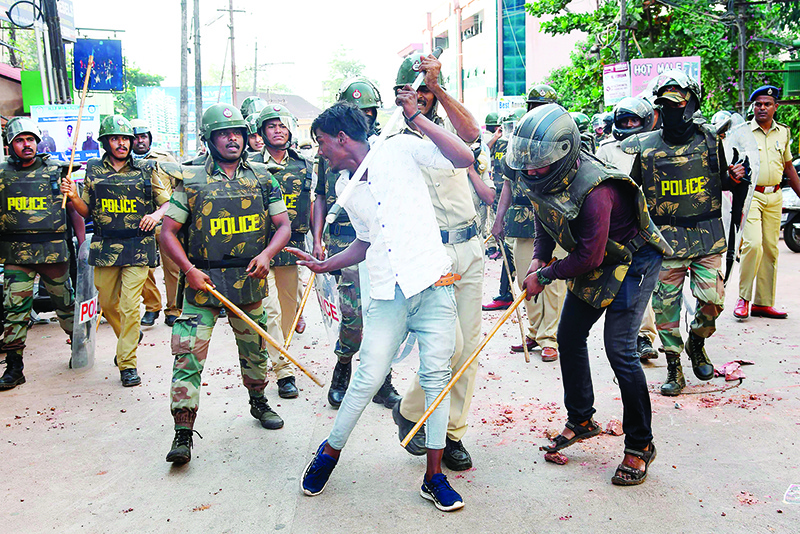 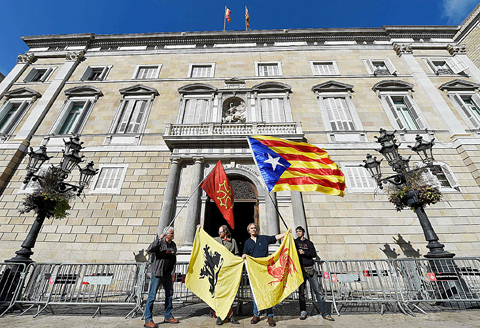 Who is in charge? Catalonians wonder as Spain takes control