KUWAIT: The British Council held a 5-day workshop as part of the Climate Change Champions, where young leaders from throughout Kuwait learned tips and tricks to create meaningful and lasting social action plans to tackle climate change in Kuwait.

The event saw local participation from local companies and teachers and students on behalf of the education ministry on reducing the effects of carbon emissions in Kuwait through workshops that aimed to raise environmental awareness, which concluded with participants explaining their role in the initiative as well as their innovative ideas that could help Kuwait become a more environmentally friendly place.

“The broad theme of this week is around addressing climate change and developing small actions these groups can take that can grow and evolve and become sustainable over the next few years and make a real difference. We take them through a process to understand what they care about and where their energy comes from. Then, they move to working with each other. So, sharing ideas, understanding each other’s needs, understanding their communities and what is it that people want and gets them attracted to get involved – they base their projects around that,” said James Edelsten, consultant facilitator working for the British Council on this program.

“Over the next few weeks, they are going to be testing their ideas and learning from their experience, which they will be adopting before they present their final idea for their project at the end of March. The participants have been fantastic. We have seven project ideas. They are working across students, teachers, private sector and the community in small teams to work very effectively,” he added.

“The entire world is aiming to stand against climate change and take steps to combat it. We need coordinated planning with the change that is occurring and we need to prioritize it in our strategic planning to achieve the highest level of culture locally in ways to handle climate change. It is expected that challenges could lead to disrupting work and changing the way citizens live their lives around the world,” said Jenan Bahzad, member of Kuwait Environment Protection Society’s administrative council as well as its program and activities manager.

“Many countries are already facing these challenges. Every season, we hear and see extreme weather events. Global climate change represents the most urgent issue in developing logical solutions. It is expected that climate change will affect infrastructure. In a previous experience in Kuwait in November 2018, rainfall exceeded the capacity of the sewage network to absorb it,” she said.

“The role of young people today will result in a great contribution in raising awareness and communicating the idea of climate change to several groups. The great and productive interaction with seven participating projects in today’s exhibition is a good omen of what the youth will present after passing the trial period, as cooperation between the participants was motivated by the team of facilitators and mentors who worked in cooperation with experts, thanks to the cooperation and support of the British Council,” Bahzad added.

“The event is the start of our Climate Change Champions project funded by the British Embassy. It brings together participants from different areas in Kuwait, from the education ministry, universities and civil society, so they can develop ideas on how they can raise awareness around climate change and the environment, as well as social action plans where they can put those ideas into practice,” said Tony Skinner, Country Director at the British Council.

“I am absolutely delighted for what they have achieved in just five days. They have come together as individuals who did not know each other, and now they are all coalesced around ideas and projects they are clearly passionate about, and I believe they are going to be doing great things in Kuwait. We will be there to support them all the way along. I look forward to seeing how their projects develop over the coming months or years,” he added.

“We are going to present a volunteer project. We are starting small and working our way up. Our main goal from our campaign is to raise environmental awareness and what we can do for this cause, because we believe if someone does not understand what or why they are doing something, they are simply not going to do it. If we do not know the consequences 20 years from now, no one is going to volunteer, so our job is to raise awareness,” said Mohammed Al-Ali, a high school teacher at the education ministry. 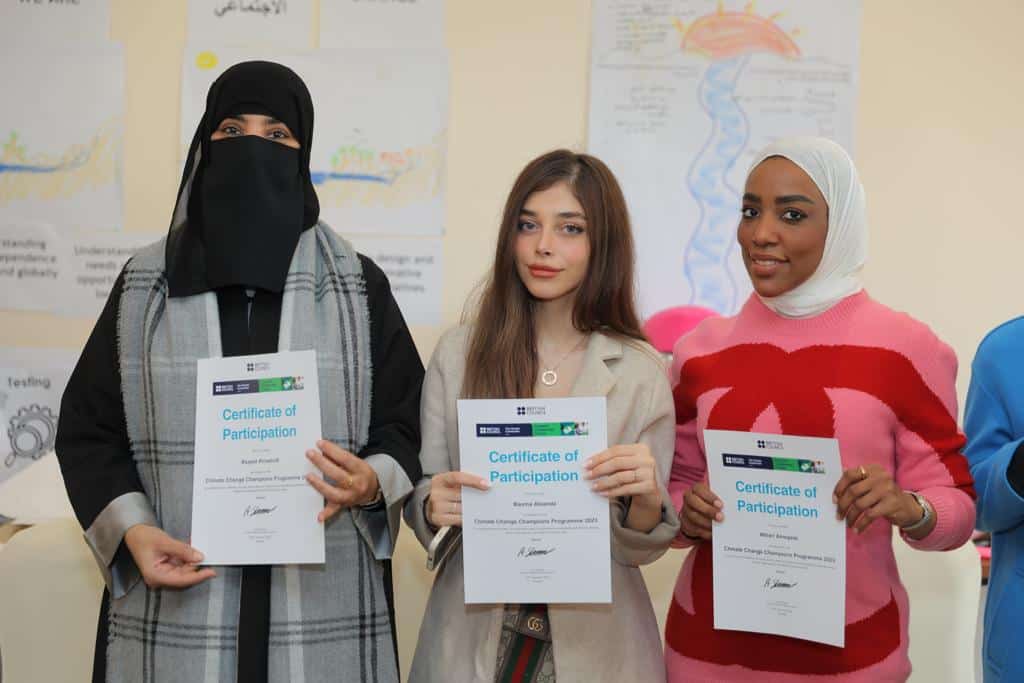 “We are going to cooperate with the environmental authority to organize trips for students where we clean beaches, participate in making Kuwait greener, signifying a day for forestation, as well as an awareness campaign through our own mascot ‘Raihan’ who is an environmentally aware character and will better communicate with younger students in hope for a better future,” Ali said. “Our ambition is that the future generations have complete awareness about the environment, and a better future for the world as well. This is only the start, and I have seen great a response from people.”

“Today we are presenting the projects we worked on throughout the week. We all had different groups and chose different ways to boost awareness. We all came from different places – some are teachers, some from the private sector and some from universities. So, it is a mix of the community who came together for this initiative,” said Ghanima Al-Mutawaa, Marketing Manager of Seeds Company.

“Our company is a sustainable company. We are here to support the initiative. As a monitor, our part is to raise awareness about marine life with the support of the private sector. It was great to see the developments over the week. A lot of people became more aware of the climate problem, and they have also thought of great solutions to combat the problem,” Mutawaa added.

Sahar Al-Fadhli, a mathematics teacher at the education ministry, said: “We are going to present a project about business in the private sector. In Kuwait, businessmen have a large impact, so we aim to encourage them to help with regards to sustaining the environment and for large businesses to help small businesses.”

Mariam Jasim, a K-Tech student, said: “We started on Sunday with activities from facilitators at the British Council, who taught us about climate change and how to work in groups. We aimed at the private sector to help Kuwait become more green and more environmentally friendly. We focused on the problem of greenhouse gases, as we noticed there is not much participation from many companies, so we are here to help them through workshops on how they can help to reduce greenhouse gas emissions.”

The workshop witnessed great excitement by local participants, who are ready to join the British initiative for an eco-friendly Kuwait and a safer world. The Kuwait Climate Change Champions program is designed to develop and amplify support for climate change action and COP27 amongst young people and institutions in Kuwait while building a network of champions across the community.

The program works with young people to develop social leadership skills, skills to build and convene coalitions and to support the development of sustainable plans for social action to address the challenges of climate change. The program is supported by the British Embassy in Kuwait and launched in partnership with the ministry of education. 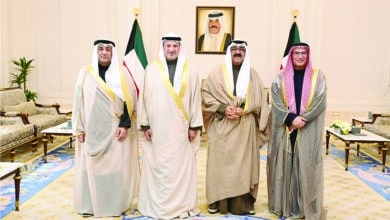 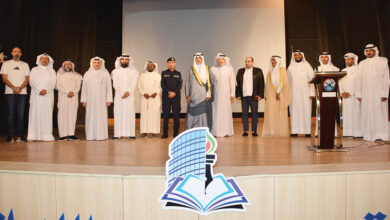 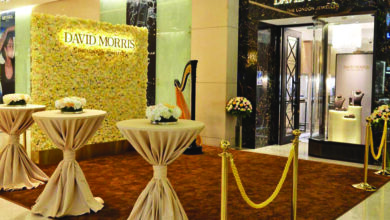 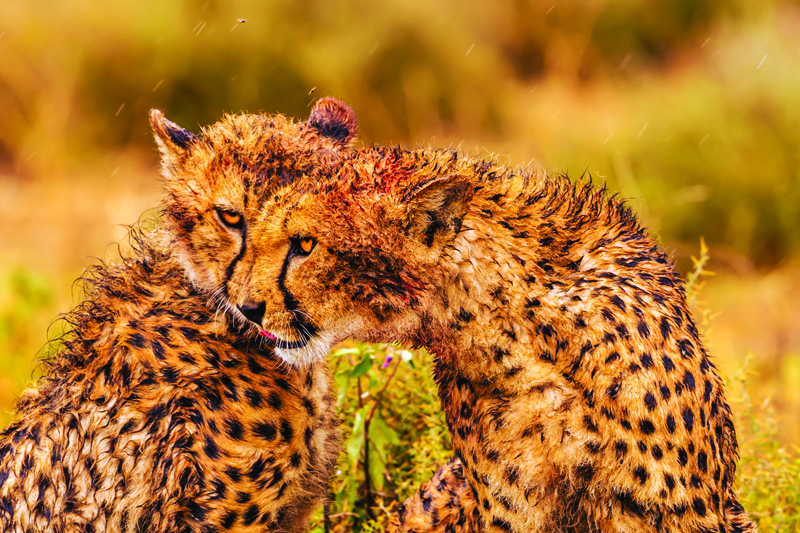