BERLIN: Germany’s mass refugee influx may have abated, but the fears and tensions it stoked loom large as a weakened Chancellor Angela Merkel is expected to lead her party into a tough election year. When her Bavarian allies the CSU kick off the 2017 campaign season with a party congress tomorrow, Merkel, for the first time in her 16 years at the helm of the ruling CDU party, won’t be on the guest list.

Merkel’s absence is a sign of the lingering rancor over her open-door migrant policy that brought almost 900,000 asylum seekers to Europe’s top economy last year, most of them passing through Bavaria. At the height of the influx, Merkel endured a humiliating, almost 15-minute dressing down on the stage of the CSU congress by its leader, Bavarian state premier Horst Seehofer.

While Merkel’s welcome to refugees won her many plaudits, it also stoked deep anxieties and boosted a new party to the right of the arch-conservative CSU-the populist Alternative for Germany (AfD). Railing openly against migrants, Islam and the establishment parties, the AfD is the dark horse in the September 2017 election and currently polling at around 12 percent.
It only narrowly missed Germany’s five-percent hurdle for entry into parliament in 2013 and has since won opposition seats in 10 of Germany’s 16 state assemblies. The CSU, not to be outdone in talking tough on immigration, wants Germany to favor migrants from the “Christian-occidental cultural sphere”, ban full-face Islamic veils and set an upper limit of 200,000 refugees a year-a demand Merkel has consistently rejected.

Merkel has not yet officially declared her candidacy but is expected to do so at a CDU congress in December, after which the CSU is likely to bury the hatchet and throw its weight behind her for a fourth term. The traditional sister parties have “more similarities than differences”, CDU secretary general Peter Tauber insisted Wednesday. “Mutti” (Mummy) Merkel’s long stellar poll ratings took a heavy hit amid the backlash against the refugee influx-especially as sexual crimes committed by North African men and jihadist attacks by Syrians stoked deep popular fears.

However, support for Merkel has nudged back up as migrant numbers have fallen and Germany has tightened asylum rules, with some 300,000 arrivals projected for all of this year. Merkel’s approval rating, which had plummeted to a five-year low in September, this month bounced back nine points to 54 percent, according to a survey by DeutschlandTrend.
“Merkel is weakened but still in front, with no serious challengers in her own conservative ranks” or dangerous rivals in the opposition camp, said Oskar Niedermayer of Berlin’s Free University. On current trends-as the refugee crisis gradually loses its urgency in voters’ minds-her CDU again looks set to be the strongest party, the political scientist said, warning however that a lot can happen in a year.

Among the centre-left Social Democrats (SPD), leading figures still fear that going head-to-head with Merkel is a political suicide mission. The last man who tried, gaffe-prone former finance minister Peer Steinbrueck, suffered a stinging defeat in 2013. He gave his farewell speech to parliament last month, with plans to work as a consultant for a large bank. The next SPD candidate for Germany’s top job is expected to be Sigmar Gabriel, currently Merkel’s vice chancellor and economy minister in a right-left ‘grand coalition’.

Like Merkel, Gabriel is yet to declare his candidacy on behalf of the SPD, which is polling in the low 20-percent range, and European parliament president Martin Schulz has also been mentioned as a possible candidate. The SPD-facing the threat of opposition, or of again playing second fiddle to Merkel’s conservatives in a loveless grand coalition-has started flirting with the idea of joining forces with other leftist parties instead.

Party members of the SPD, far-left Linke and ecologist Greens party have met to sound out a “red-red-green” alliance. The Linke has also signaled it may back an SPD candidate in a separate political contest, for the symbolic but prestigious federal presidency. However, huge policy hurdles remain-the Linke, successors to the East German communists, for example have a eurosceptic and strictly pacifist platform that opposes even peacekeeping missions and Germany’s NATO membership.
So far a left-wing coalition remains theoretical-a recent Emnid poll says red-red-green would garner just 44 percent of the vote. But however unlikely, the scenario has become a useful tool to reunite the estranged CDU-CSU camp. Seehofer warned Monday that the key mission for their union in 2017, as the refugee issue fades, must be to “prevent a leftist front” from taking power in Germany. – AFP

Aid workers 'brace for the worst' from Mosul battle 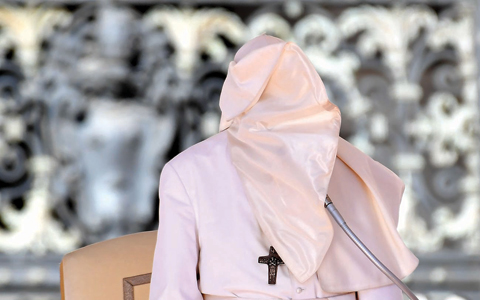 Pope calls on China Catholics to reconcile after bishop deal 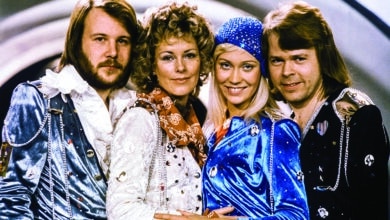 Take a chance on me: ABBA pass the torch on to avatars 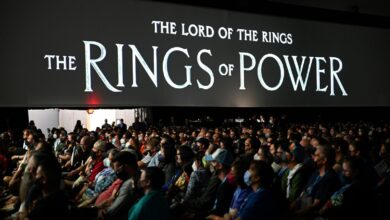 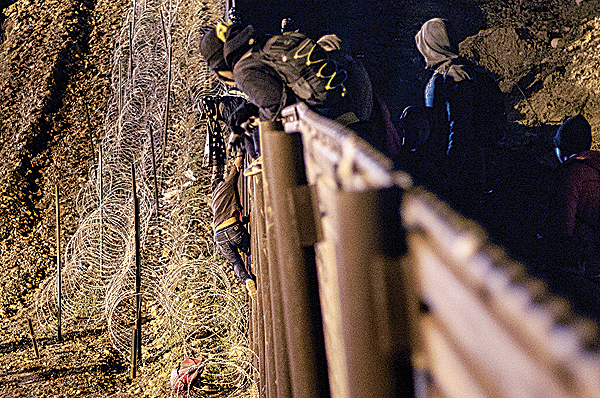 Tear gas fired as migrants try illegal crossing into US