PHOENIX: Powered by 32 points from Giannis Antetokounmpo and late heroics from Jrue Holiday, the Milwaukee Bucks moved within one win of their first title in 50 years by defeating the Phoenix Suns 123-119 on Saturday in the NBA Finals. Khris Middleton added 29 points while Holiday contributed 27 points, 13 assists and a crucial steal from Phoenix star Devin Booker that led to his alley-oop pass to Antetokounmpo for a dunk in the final seconds to shut down a late rally by the host Suns.

The Bucks seized a 3-2 lead in the best-of-seven championship series with game six tomorrow in Milwaukee. A seventh, if needed, would be played Thursday in Phoenix. “One game away,” Holiday said. “We can’t get too high on the horse. We know the last game is the hardest to win. We know they will come out and play desperate. We’ve got to do the same thing.”

With the Suns seeking a go-ahead basket in the dying seconds, Holiday stole the ball from Booker and tossed a high pass to Antetokounmpo for a slam dunk. Middleton added a final free throw to seal the Suns’ fate. “Big time steal by Holiday and great pass,” Antetokounmpo said. “He trusted me, threw the ball up there. It was a great play by Holiday.”

The Bucks could become only the fifth team in NBA Finals history to win the crown after dropping the first two games. “Going home to our fans is a great opportunity for us,” Bucks coach Mike Budenholzer said. “The support of our city, it’s important. It’s going to be meaningful. But you have to go make plays. You have to make things happen. Our guys, I think they’ll be ready to do that.”

Teams winning game five to take a 3-2 edge in the finals have won the title 72 percent of the time, 21 of 29 in all. “Tables are turned. Now we’re the desperate team,” Phoenix’s Deandre Ayton said. “We had our chances of being up and trying to finish the job. They’re up and now we got to go get it.” Middleton, who finished with seven rebounds and five assists, scored 11 points in the third quarter and Antetokounmpo added eight to lift the Bucks ahead 100-90 entering the fourth.

The Bucks, who fell behind by 16 points after the first quarter, stretched their lead as large as 14 points before the Suns rallied. Booker, who scored a game-high 40 points, hit a layup and a 3-pointer and Chris Paul followed with a layup to pull the Suns within 120-119. Booker rebounded a Holiday miss only to have Holiday make the steal and the lob to Greek star Antetokounmpo for the jam.

Holiday, who rebounded from 4-of-20 shooting in game four to hit 12-of-20 in game five, figured Booker would try to take the crucial shot and double teamed him defensively. “We knew he wanted to ball and wanted to take that last shot,” Holiday said. “He turned right to me. I got the steal. Giannis was screaming for it and I threw it as high as I could. I do want to score but that’s not the most important thing. I want to make it hard for them defensively.” The Bucks need only one more win to end a half-century title drought. “We’ve got to keep playing good basketball and hopefully we can get a win,” Antetokounmpo said.

‘Tough loss’
Antetokounmpo, who had nine rebounds and six assists, said it was the game the Bucks had awaited when all three of their big stars had impressive games. “It was the game for us to get going, all three of us,” he said. “It was a great game for us. We went down 16, we kept our composure and we came back to win.” Seeing the Suns squandering the big lead was painful for Booker. “We came out and did what we intended to do and we let it go,” Booker said. “They stayed with it and played resilient. Tough loss.” Paul had 21 points and 11 assists for Phoenix while Bahamas big man Ayton had 20 points and 10 rebounds. – AFP

In Los Angeles, 'tiny homes' spring up for homeless people 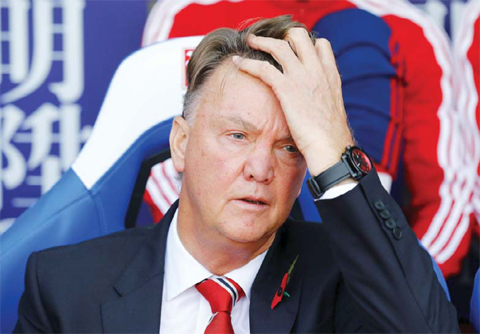 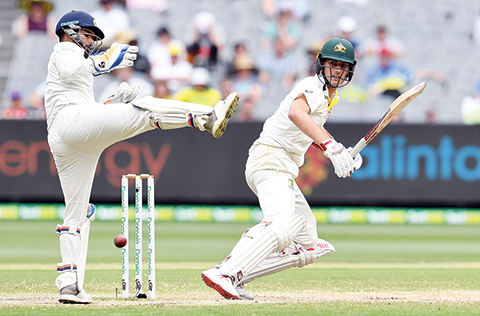 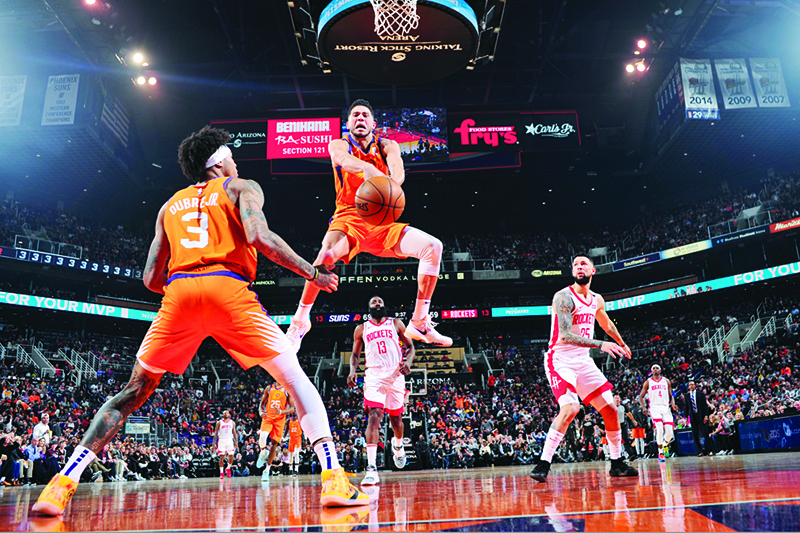 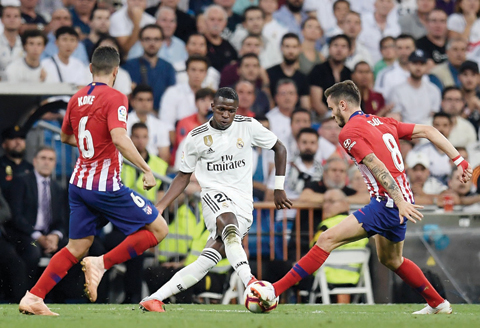