CHICAGO: Matt Carpenter hit three home runs and drove in seven runs to back five strong innings of pitching from Jack Flaherty as the St Louis Cardinals powered their way past the host Chicago Cubs 18-5 on Friday afternoon at Wrigley Field. Carpenter also slugged two doubles as part of his 5-for-5 performance, becoming the second player ever to hit three homers and two doubles in the same game. The Cubs’ Kris Bryant first accomplished the feat in 2016.

Carpenter tied the major league record with five extra-base hits in a game, and he’s the first player to record the feat in the first six innings of a game. He was replaced defensively in the bottom of the sixth with the Cardinals leading 15-1. In an effort to conserve his bullpen for a doubleheader Saturday, Cubs manager Joe Maddon used three position players to pitch the final 3 1/3 innings. Infielder Tommy La Stella (three hits, one run) came to the mound first, followed by catcher Victor Caratini (two hits, two runs) and outfielder Ian Happ (one hit, no runs).

Manny Machado went 2-for-3 with two walks in his team debut, and Los Angeles held on for a win at Milwaukee. Machado, who wore No. 8 and played shortstop, singled in the first inning, walked in the third and fifth and singled in the seventh. The Dodgers acquired the four-time All-Star on Wednesday for five prospects. Enrique Hernandez clubbed a three-run homer for the Dodgers. Christian Yelich went 3-for-5 with two doubles and three RBIs for Milwaukee, which has lost seven straight.

Dallas Keuchel flirted with a no-hitter before settling for a two-hit performance over 7 2/3 innings in Houston’s victory over host Los Angeles. Keuchel (8-8) did not allow a hit until Justin Upton singled off the glove of shortstop Marwin Gonzalez with two out in the seventh inning. The Angels scored a run in the eighth inning off Keuchel on a sacrifice fly by Jabari Blash. Hector Rondon pitched the ninth inning for his ninth save of the season. Josh Reddick led the Astros offensively with two hits, including an RBI triple.

Yoenis Cespedes homered and reached base three times as the New York Mets held on for a victory over the New York Yankees at Yankee Stadium. Cespedes was activated from the disabled list before the game after missing over two months with a right hip flexor strain. He started at designated hitter and batted second, hitting a fastball off the middle of the left field pole in the third inning for his ninth homer of the season. Noah Syndergaard (6-1) lasted five innings in his second start back from the disabled list. He held the Yankees to one run on eight hits, but his velocity appeared to dip in the last two innings. Syndergaard said afterward he had “dead arm,” but he expects to make his next start.

David Price and three relievers silenced Detroit, and visiting Boston made a first-inning run stand up in a shutout win. Price (11-6) allowed four hits and a walk while striking out five in 6 1/3 innings. Craig Kimbrel pitched the ninth for his 31st save. Steve Pearce had two hits and drove in the game’s lone run while Andrew Benintendi added two hits and scored the run. Red Sox second baseman Brock Holt left the game in the fourth inning with a knee contusion.

Sean Rodriguez, just off the disabled list, homered and drove in four runs, Starling Marte hit a grand slam and Corey Dickerson also homered as red-hot Pittsburgh won its seventh straight by beating host Cincinnati. Heavy rain delayed the start of the game by almost three hours. Marte doubled in the third inning to extend his hitting streak to 13 games, matching his career best, before crushing a pitch 421 feet to right-center in the eighth inning for the second slam of his career.

Freddie Freeman drove in three runs while Ronald Acuna Jr and Charlie Culberson both homered as Atlanta defeated host Washington. Freeman (2-for-5) knocked in one run on a grounder and two more on a double. Culberson pinch-hit for Ozzie Albies in the third-Atlanta took him out as a precaution due to right hamstring tightness-and later hit a solo homer. Washington starter Stephen Strasburg (6-7) returned from the disabled list (right shoulder inflammation) to pitch for the first time since June 8. However, the veteran right-hander struggled on his 30th birthday, giving up six runs on eight hits in 4 2/3 innings. After Strasburg was pulled, he was greeted at the dugout by Max Scherzer, where the two exchanged words before both heading down the tunnel toward the locker room.

Carlos Santana homered and five Philadelphia relievers combined to toss 5 2/3 scoreless innings in a win over visiting San Diego. Phillies starter Jake Arrieta struggled mightily as he lasted only 3 1/3 innings while giving up six hits and five runs (four earned). Austin Davis (1-0) earned his first career win with 1 2/3 innings of scoreless relief. Freddy Galvis, playing against his former team for the first time, had three hits and two RBIs while Wil Myers added two hits, an RBI and run scored for the Padres.

Pinch hitter Raimel Tapia hit his first career grand slam to cap a six-run seventh inning and Nolan Arenado hit his 24th and 25th homers to move into a tie for the National League lead as Colorado topped host Arizona in a slugfest. Arenado had two-run homers in the first and fifth innings for the Rockies, who have won six straight and 14 of their last 17 to get within a half-game of the Diamondbacks for second place in the NL West. AJ Pollock set a career-high with five hits and scored three runs, Ketel Marte had a career-high four RBIs and David Peralta had four hits and scored three runs for Arizona, which has lost 11 of 17.

Aledmys Diaz had four hits, including the game-winning single in the bottom of the 10th inning, and Toronto defeated visiting Baltimore. After the Orioles tied the game with a three-run ninth, the Blue Jays won the game in the 10th against rookie left-hander Paul Fry (0-1). Russell Martin hit a two-out infield single on a grounder to shortstop. Randal Grichuk walked and Diaz, who also had a solo homer in the game, singled on a grounder that found a hole through the left side of the infield as Martin ran home.

Edwin Encarnacion hit an RBI single in the top of the 11th inning to snap a tie and lift new-look Cleveland to a win at Texas. Brad Hand and Austin Cimber, added in a trade with the Padres on Thursday, made their debuts and appeared as if they would bridge the Indians to a routine win when they combined to allow a run over 1 2/3 innings in setting up closer Cody Allen. But after retiring the first two batters of the ninth, Allen gave up mammoth homers to Robinson Chirinos and Joey Gallo on consecutive pitches. Jose Ramirez hit his major-league-leading 30th homer in the contest. The Rangers’ Shin-Soo Choo reached base for the 52nd consecutive game, the longest such streak in the majors since Kevin Millar hit that mark in 2007.

Wade LeBlanc allowed one run on four hits in 7 1/3 innings and Nelson Cruz drove in two runs as Seattle snapped a four-game losing streak with a victory against visiting Chicago. LeBlanc (6-1) walked one batter and struck out 10, tying his career high set on Sept 23, 2011, while a member of the Padres. Edwin Diaz worked the ninth for his major-league-leading 37th save of the season.

Derek Dietrich pulled two homers to right field and piled up four RBIs to lead Miami to a win at Tampa Bay. Tampa Bay rallied in the bottom of the ninth on a one-out, three-run triple by Mallex Smith against reliever Drew Steckenrider, who had just entered the game. Steckenrider then allowed a sacrifice fly by C.J. Cron, and Adam Conley got the final out-striking out Daniel Robertson with two runners on-for his first save in eight years as a pro.

Lucas Duda homered and had three hits and three RBIs and Danny Duffy gave up just one run and five hits over seven innings as Kansas City held off visiting Minnesota. Duffy (6-8) struck out four and walked three while yielding five singles as Kansas City won for just the third time in its last 16 games. Salvador Perez had a two-run double, and Alcides Escobar added two hits for the Royals. Brandon Maurer got the final out during a nail-biting three-run ninth by the Twins to earn his first save.

Ryder Jones and Pablo Sandoval homered to back the strong pitching of rookie Dereck Rodriguez, helping San Francisco win at Oakland. The game was tied 1-1 before Jones, recalled from Triple-A earlier in the day when Brandon Belt went on paternity leave, blasted an Edwin Jackson pitch off the right field foul pole leading off the fifth inning. Sandoval made it 3-1 in the seventh with his ninth homer of the season, another solo shot. Rodriguez (5-1), picked to open the Giants’ second half ahead of Madison Bumgarner, limited the A’s to three hits and one run in 6 1/3 innings. He struck out five and did not walk a batter.- Reuters

Forging of a society 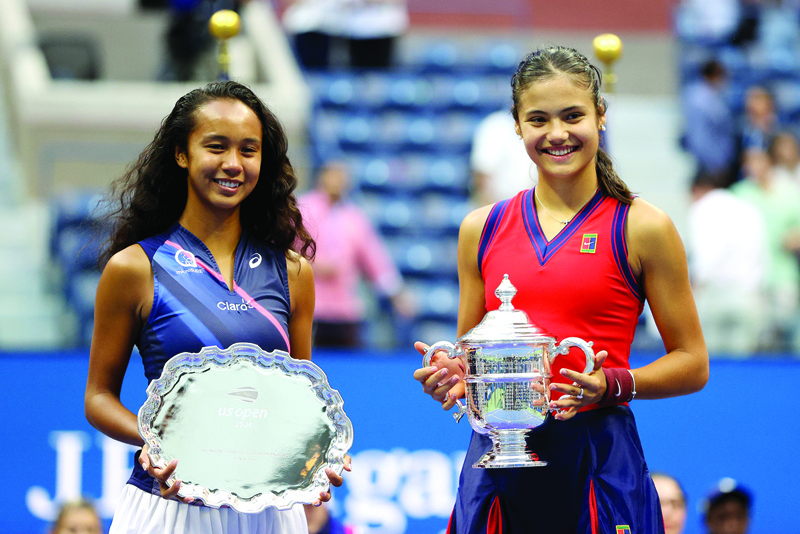 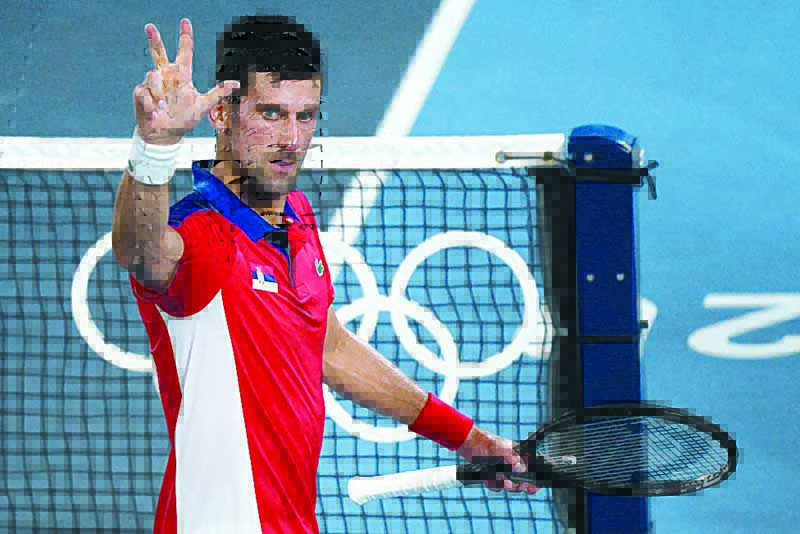 Djokovic says he’s ‘getting better’ after cruising into Olympic semis 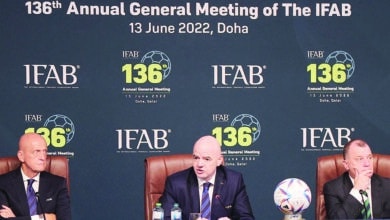 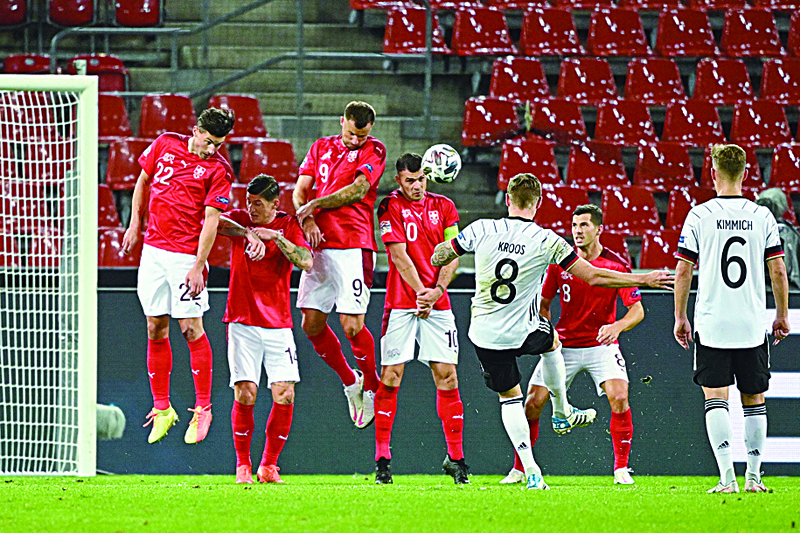 Germany recover twice in a topsy-turvy draw with Swiss