LONDON: With a trumpet fanfare and gun salutes, Charles III was officially proclaimed king at a pomp-filled ceremony on Saturday, at which he pledged to emulate his late mother Queen Elizabeth II and serve for the rest of his life. A court official wearing a feathered bicorn hat declared Charles “our only lawful and rightful” monarch from the balcony of St James’s Palace after a historic Accession Council meeting of senior royals, clergy and government.

The centuries-old tradition of the council was televised live for the first time as it officially announced the 73-year-old Charles as monarch after seven decades as heir apparent. “I am deeply aware of this great inheritance and of the duties and heavy responsibilities of sovereignty, which have now passed to me,” Charles said in a speech before swearing an oath. “In taking up these responsibilities, I shall strive to follow the inspiring example I have been set.”

Eight trumpeters accompanied the proclamation that was followed by a rousing three cheers for the new king by red-jacketed Coldstream Guards soldiers, doffing their distinctive bearskin hats. Ceremonial gun salutes boomed simultaneously across the United Kingdom and the proclamation — a relic from the past where the new monarch needed to be announced to their subjects — was also read publicly in Scotland, Northern Ireland and Wales.

Charles automatically became monarch upon the queen’s death aged 96 on Thursday, but the proclamation is the latest step in the setpiece 10-day program building up to her state funeral. An emotional Charles set the tone for his reign in a televised address on Friday in which he hailed his “darling mama” for her “unswerving devotion” during her record-breaking seven decades on the throne.

The speech dominated the front pages of Britain’s newspapers on Saturday, with his heartfelt tribute to his mother headlining the Daily Telegraph, Daily Express, Daily Mail and The Sun. Charles looking pensive as he arrived at Buckingham Palace for the first time as king made the front page image on The Independent, The Guardian and The Times, which also carried the words “God Save the King”.

The new king also named his elder son and heir Prince William, 40, as the new Prince of Wales, while expressing love for his younger son Harry and daughter-in-law Meghan. The move means William’s wife Kate assumes the Princess of Wales title once held by his mother and Charles’ ex-wife, the late Princess Diana.

‘Have to move on’

Crowds have massed outside Buckingham Palace both to mourn the queen and to wish Charles well, greeting him with cheers and even kisses when he arrived from Scotland on Friday. “I’m sad, but you have to move on. I think the king will be different,” said 53-year-old Londoner Sarah Berdien as Charles was formally proclaimed nearby. “The queen has always been the queen — always the same, no drama.”

Recruitment worker Dany Van Laanen, 36, said Charles has “big shoes to fill” as he replaces his widely venerated mother, who was the only monarch that most in the UK had ever known. “I do hope he will manage to modernize the monarchy,” he said.

Charles — who has seen his popularity recover in recent years from the time of Diana’s death in a 1997 car crash — takes the throne at a moment of deep anxiety in Britain over the spiraling cost of living and international instability caused by the war in Ukraine. The constitutional monarch, who is supposed to remain outside politics, has intimated he will now steer clear of pronouncements on issues that he has previously been outspoken on such as climate change.

British Prime Minister Liz Truss — only appointed by the late monarch on Tuesday — offered the nation’s support to Charles in parliament on Friday as she acknowledged the “awesome responsibility” upon Charles. At their first formal audience at Buckingham Palace, Charles told her his mother’s death was “the moment I’ve been dreading, as I know a lot of people have, but you try and keep everything going”.

The speaker of the House of Commons and selected senior MPs swore allegiance to the new king on Saturday and Charles was meeting Truss again, plus the cabinet and the heads of the opposition parties. Buckingham Palace revealed Charles and other members of the royal family would observe an extended mourning period from now until seven days after her funeral. The date of the funeral, which will be attended by heads of state and government, has yet to be officially announced but is expected to be on Monday, September 19.

British security officials are planning what has been dubbed likely the “biggest policing and protective operation” in UK history as London gears up to host leaders from across the globe. US President Joe Biden has said he will attend. The Kremlin said Russian President Vladimir Putin — at loggerheads with the West over his invasion of Ukraine — will not. But Putin did offer Charles “his sincerest congratulations” on ascending to the throne. “I wish Your Majesty success, robust health and above all the best,” the Kremlin leader said in a telegram.

While the government has said there is no obligation on organizations to suspend business during its 10-day mourning period, many are doing so out of respect. England’s Premier League postponed all matches this weekend, while railway and postal workers called off strikes over pay amid soaring inflation and spiraling energy prices. English cricket however bade farewell to the queen as the Oval ground fell silent when play resumed in the test match against South Africa after being halted following her passing.

Elizabeth’s body has so far remained at her beloved Scottish retreat of Balmoral where she died and is expected to be transported by road to the Palace of Holyroodhouse in Edinburgh on Sunday. Senior royals including the queen’s other children Princess Anne and Princes Andrew and Edward viewed flowers and greeted well-wishers outside Balmoral on Saturday. On Monday, the coffin is due to be taken in procession along the Royal Mile to the magnificent St Giles’ Cathedral, where a service will be held.

From the Scottish capital, it is due to travel to London on Tuesday to lie in state for several days. Officials expect more than one million people to file past the catafalque in Westminster Hall, the oldest part of the UK parliament complex, before the televised funeral service at Westminster Abbey opposite. The funeral for the queen — who came to the throne aged just 25 in 1952 — will be a public holiday in the form of a Day of National Mourning. Charles’s coronation, an elaborate ritual steeped in tradition and history, will take place in the same historic surroundings, as it has for centuries, on a date to be fixed. 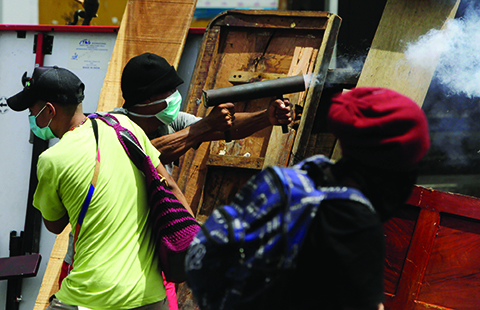 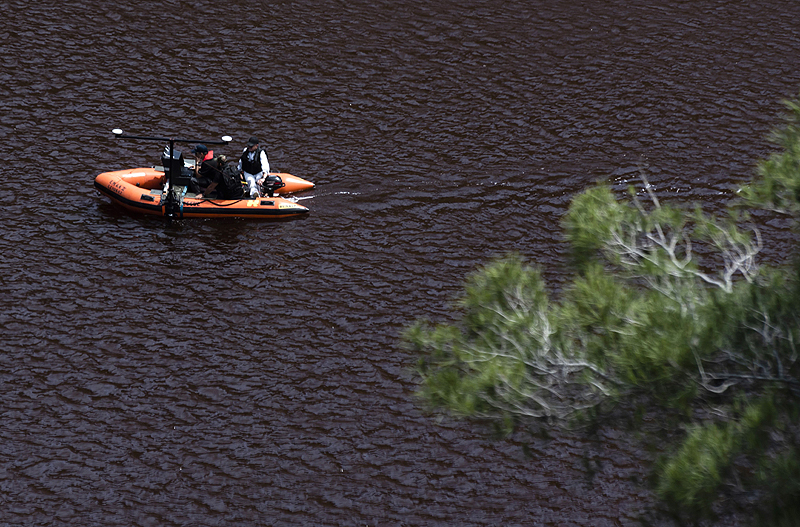 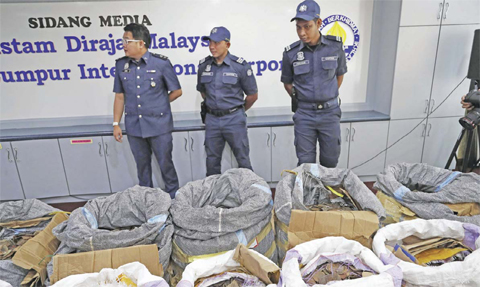 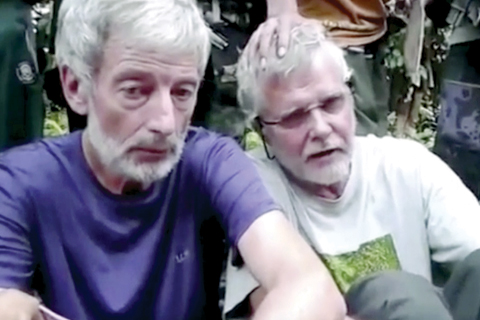