Geography is a very important science and is related to many essential issues of our daily life. The Kuwait Geographical Society (KGS) was established in 1973 and has been serving the community since then as a non-governmental and non-profit organization. KGS is a member of various international organizations including the International Geographical Union.

KGS is one of the first NGOs set up in Kuwait, and it’s a specialized scientific society. It has around 550 members in Kuwait in addition to some members from abroad. “The main reason for establishing KGS is the importance of geography, which is related to the entire community and various sciences. We use it in our daily activities including for traffic directions, qibla direction and others,” KGS Chairman Abdulwahab Al-Rushoud told Kuwait Times.

One of the most important activities of the society is mapmaking. “As the country changes and new cities, areas, bridges and roads are developed, old maps need to be updated. So every year or two, we make new maps. We observe the changes happening and new images are taken by plane or satellite. We also have copies of old maps of Kuwait that were prepared by the Municipality,” he said.

Printing the maps is a costly affair. “The printing of maps is expensive, as experts have to prepare them, and the material is expensive too. We are lucky that the information ministry prints them for us, as we are a nonprofit organization. This year we made three specialized scientific maps including geological and plant maps that are used by scientists. These were made by ArcGIS technology. Our latest maps are a Kuwait map in English and those of Europe and the Islamic world,” Rushoud explained.

Events
KGS holds events in Kuwait and participates in some events abroad. “We hold two to three annual activities. The most important activity is the annual competition held in cooperation with the Kuwait Foundation for the Advancement of Sciences. Students from the intermediate grade, high school and university can participate. Valuable prizes are given to the winners. Students can apply until the end of Feb 2019,” stressed Rushoud.

Community service is part of its activities. “Every year during wintertime, we hold a gathering of members of KGS and fans of geography. Either we set up a camp or we gather at a farm or any other place. We have been holding this activity for over five years. This season we will hold it in the beginning of January,” he noted.

“We also hold celebrations during seasonal occasions such as Ramadan. We give lectures in schools on various topics. For instance, we held a lecture recently on the principles of the geographic information system (GIS). Earlier, we trained students on drawing maps during a workshop at a school. KGS also participates in international events such as conferences in many countries,” he said.

Photo exhibition
“We are now preparing a photo exhibition and competition which will focus on environmental photos from Kuwait. This exhibition will be held in collaboration with the Kuwait Science Club, the ministry of youth and KFAS at The Avenues mall for three days in March 2019,” stated Rushoud.

Production
KGS makes scientific maps too. “We have produced 13 new maps from 2016 till now only on Kuwait. Not only local areas, streets and bridges have changed in Kuwait, but also in other countries. The Arab world is changing too – with South Sudan for instance. Also, Europe changed with the breakup of Yugoslavia and others. So we made a new world map, in addition to a specialized Kuwait map including the nature, geology of land and plants, and fishing spots and locations. This last one is very special, and attracted attention during the latest fair we participated in,” Rushoud pointed out.

KGS products are sold at bookshops, at the KGS premises and also online for buyers outside Kuwait. “Currently, our products are available in Arab countries. We are now working on translating some of our publications to be distributed in Europe,” he added.

Chairman’s message
“We aim to change the opinion of people about geography. Today, they only teach children that geography is about capitals of countries and the currency of each country. In fact, geography is a wide science that includes many types of information and sciences that are essential for our life. We aim to make parents aware to encourage their children to study GIS, as this is the future of science. Ministries have now started applying GIS, and this has changed decision making and provides complete information,” concluded Rushoud.

Tour of the KGS
KGS has an archive of the geographical letters that it publishes, as it evaluates scientific periodicals from all Arab countries. A GIS lab is available at the society, which is one of the best labs in Kuwait. Participants of courses that KGS holds use this lab. Events and some meetings are held at KGS’ diwaniya too. A press club at KGS includes the list of the names of all members of the board, in addition to the pictures of all its chairmen since its establishment. 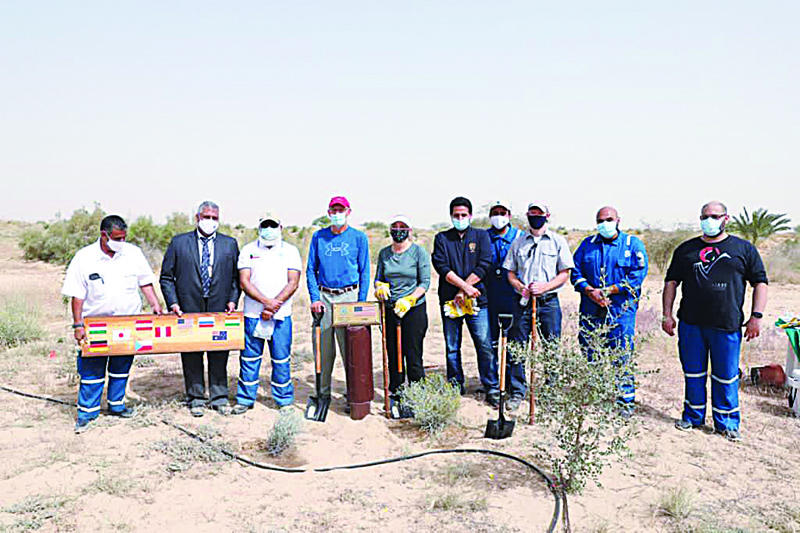 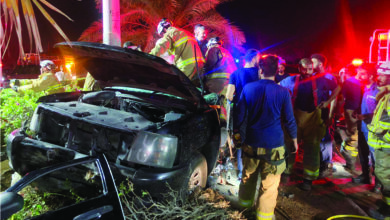 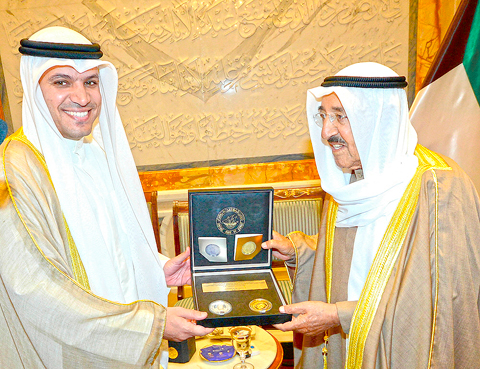