In an article published on Sept 7, 2013, I wrote that our country is lucky and history has proved this. I wrote that our country was very lucky because when Japanese cultured pearls were invented in 1928, the pearling industry in Kuwait was negatively affected and the years following 1932 were known as the ‘diving setback’ years. Yet that setback did not last long and within a few years we found black gold and struck oil, starting with the first oil well in 1936, then discovering the world’s second largest oilfield – Burgan – in 1938. Thus, Kuwait shifted from a country that almost vanished and got crushed by a severe economic crisis into one running one of the most important natural resources in the world.

Something else proves that this country is blessed by both oil and luck. In the late 1990s, oil prices dropped to $7 a barrel, which led to a $5 billion deficit in 1999. However, luck revived again and oil prices jumped to $24 and kept rising for years, during which the country made considerable surpluses when oil prices remained over $100 a barrel for over eight years.

I wrote this in an article over two and a half years ago, and today, when prices have fallen to less than $30 a barrel, experts, analysts and others came out to predict how the country would look like in the post-oil era, giving lots of pessimistic opinions. Well, the truth is that our country is full of luck and oil prices will go back to normal rates of over $100 in less than 24 months. I say this out of political analyses, because America will not simply allow oil countries’ economies to collapse, because they are the main buyers of weapons manufactured in their factories.

The US will work on reviving high oil prices in political and economic ways. However, to know how and when this will be done, one has to wait for the coming months, particularly in view of the accelerating regional tensions.

– Translated by Kuwait Times from Al-Anbaa 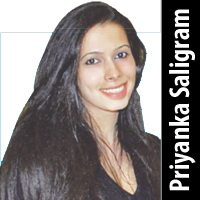 TIME’S Person of the Year: #Metoo