WASHINGTON: Police fired tear gas outside the White House late Sunday as anti-racism protestors again took to the streets to voice fury at police brutality, and major US cities were put under curfew to suppress rioting. With the Trump administration branding instigators of six nights of rioting as domestic terrorists, there were more confrontations between protestors and police and fresh outbreaks of looting.

Violent clashes erupted repeatedly in a small park next to the White House, with authorities using tear gas, pepper spray and flash bang grenades to disperse crowds who lit several large fires and damaged property. Local US leaders appealed to citizens to give constructive outlet to their rage over the death of an unarmed black man in Minneapolis, while night-time curfews were imposed in cities including Washington, Los Angeles and Houston.

One closely watched protest was outside the state capitol in Minneapolis’ twin city of St Paul, where several thousand people gathered before marching down a highway. “We have black sons, black brothers, black friends, we don’t want them to die. We are tired of this happening, this generation is not having it, we are tired of oppression,” said Muna Abdi, a 31-year-old black woman who joined the protest. Hundreds of police and National Guard troops were deployed ahead of the protest.

At one point, some of the protestors who had reached a bridge were forced to scramble for cover when a truck drove at speed after having apparently breached a barricade. The driver was taken to hospital after the protestors hauled him from the vehicle, although there were no immediate reports of other casualties. The New York Times said he was later arrested.

There were other large-scale protests in cities including New York and Miami. Washington’s mayor ordered a curfew from 11:00 pm until 6:00 am, as a report in the New York Times said that President Donald Trump had been rushed by Secret Service agents into an underground bunker at the White House on Friday night during an earlier protest.

Looting was reported Sunday night in Philadelphia and the Los Angeles suburb of Santa Monica, and images on Fox TV showed ransacked Rolex and Gucci stores in New York city. Officials in LA – a city scarred by the 1992 riots over the police beating of Rodney King, an African-American man – imposed a curfew from 4:00 pm Sunday until dawn. “Please, use your discretion and go early, go home, stay home,” the city’s mayor Eric Garcetti said on CNN.

The shocking death last Monday of an unarmed black man, George Floyd, at the hands of police in Minneapolis ignited the nationwide wave of outrage over law enforcement’s repeated use of lethal force against unarmed African Americans. Floyd stopped breathing after Minneapolis police officer Derek Chauvin knelt on his neck for nearly nine minutes.

Chauvin has been charged with third-degree murder and was due to make his first appearance in court yesterday. Late Sunday, as many were being arrested for curfew violations in Minneapolis, authorities moved Chauvin to another location from the Hennepin County Jail for his own safety, according to Minnesota’s corrections commissioner. Three other officers with him at the arrest have been fired but for now face no charges.

Governor Tim Walz has mobilized all of Minnesota’s National Guard troops – the state guard’s biggest mobilization ever – to help restore order and extended a curfew for a third night Sunday. The Department of Defense said that around 5,000 National Guard troops had been mobilized in 15 states as well as the capital Washington, with another 2,000 on standby.

The widespread resort to uniformed National Guards units is rare, and evoked disturbing memories of the rioting in US cities in 1967 and 1968 in a turbulent time of protest over racial and economic disparities. Trump blamed the extreme left for the violence, saying he planned to designate a group known as Antifa as a terrorist organization.

Atlanta mayor Keisha Lance Bottoms said Trump, who has often urged police to use tough tactics, was not helping matters. “We are beyond a tipping point in this country, and his rhetoric only enflames that,” she said on CBS.

Joe Biden, Trump’s likely Democratic opponent in November’s presidential election, visited the scene of one anti-racism protest. “We are a nation in pain right now, but we must not allow this pain to destroy us,” Biden tweeted, posting a picture of him speaking with an African-American family at the site where protesters had gathered in Delaware late Saturday.

Floyd’s death has triggered protests beyond the United States, with thousands in Montreal and London marching in solidarity on Sunday. On the other side of the globe yesterday, thousands marched to the US consulate in Auckland chanting “no justice, no peace” and “black lives matter”. In Germany, England football international Jadon Sancho marked one of his three goals for Borussia Dortmund against Paderborn by lifting his jersey to reveal a T-shirt bearing the words “Justice for George Floyd”. – AFP

Manila comes back to life as threat lingers

Masks and no ablution: Saudis flock to mosques 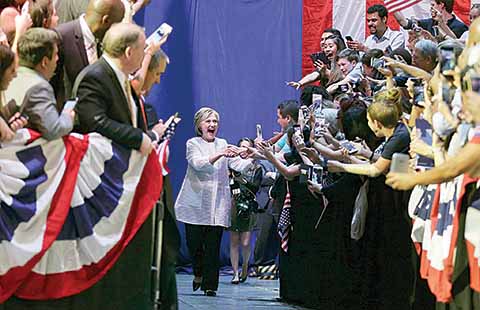 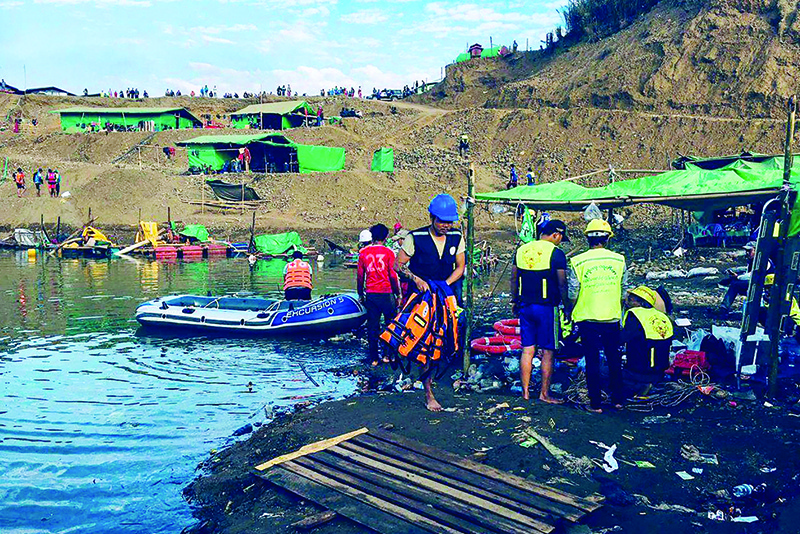 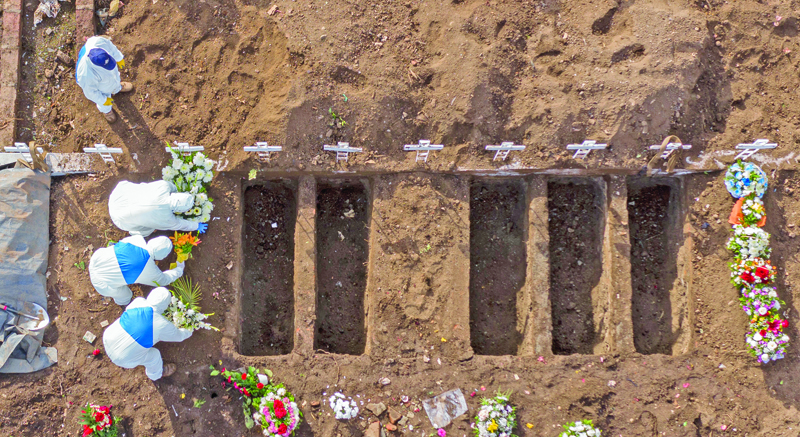 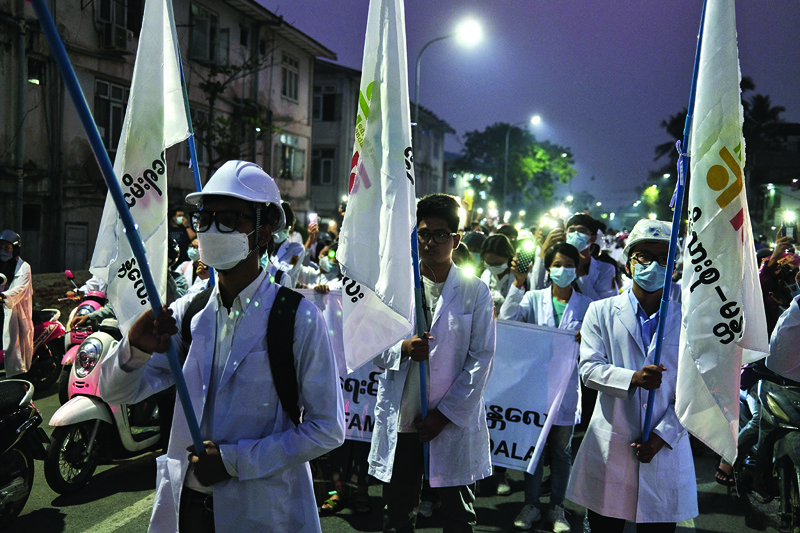