Three days more for the nation to decide. It’s a tough question for many. Talking to many of my friends and my neighbors, I feel that they aren’t too interested in these elections. As if the nation has lost its faith in the parliament. Which is by the way a pure shame because a few candidates could be sincere and honest and defend the nation. But always people point to previous parliaments with anger and dismay.

In the past, I used to attend all the lectures and talks and listen and chat with the candidates  to hear what they had to say. But in my experience once someone reaches to Abdullah Salem hall, he forgets all what he promised us. I don’t want to say they all come to the parliament poor and come out rich. I’m not accusing them as many people think. But definitely people are cracking jokes on social media about this.

The general atmosphere online and in the diwaniyas and shisha cafes is that these elections will not result in a unified voice of the people. It will be fractured along tribal, sectarian or religious lines with only a few working for the good of Kuwait as a whole.

The truth is that these jokes and criticisms carry more than a grain of truth. The previous parliaments have done little to truly improve the situation for Kuwait. Our roads are proof enough. Our failing education system, our troubled national health sector. The laws and rules which are passed without full studies and without clear understanding of the impacts they will have on our economy and our the country. We all feel that there is a state of chaos.

We have no voice anymore. Our parliament does not stand up to our dreams. Even half of our dreams. People are still voting but mostly for their cousin or friend or their individual interests – not for the nation.

No matter what, guys. Still it’s called a parliament and still we should challenge and cast our votes. Maybe we will be lucky to get at least a few lawmakers who care and can make a positive difference. Let’s see on Saturday what happens. 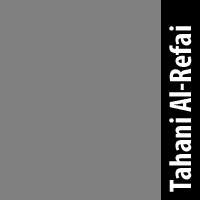