What a month it has been for football fans. Even for those like myself who watch and follow the sport 365 days a year, the World Cup creates a magical and often indescribable atmosphere that is felt all around the globe. Kuwait is most definitely included in that list. Russia 2018 was all the more special because I got to experience it here, in Kuwait, after almost a decade. I wasn’t working here during the last World Cup and even though I had fun memories of watching it in my home country, few things can come close to experiencing the thrills and passion of the sport in a football-crazy nation that is Kuwait.

Cafes and shisha houses buzz with excitement long before the game is even started and even the smallest of locales make accommodations and décor changes to get everyone pumped and in the mood for football. As we did back in 2010, my friends and I searched for the most ideal places to watch the games. Even though none of them were fancy or posh, they all had the best and biggest crowds of fans ready to support their teams.

As I am writing this, the World Cup is finished and already sketched into the history books of the planet’s most beloved tournament of sport. Even though the delirium and excitement has slowly begun to die down, this edition’s special moments will be firmly embedded in memory for a long, long time to come. Most, if not all were made so much more memorable because of the places we ended up watching them in. These were some of those moments –

Spain vs Portugal
The very second day of the World Cup set up this titanic clash in the Group Stages. Spain was just reeling from a manager debacle that would soon leave their World Cup dreams in tatters. On the other hand, Portugal was looking even more reliant on their talisman to carry them through. All the pieces were set up for a superb game and it delivered in spades. Spain came flying out of the gates with Striker Diego Costa looking even more like his bullish, driven self. His opening goal neutralized Ronaldo’s penalty who ended up taking Portugal even further ahead due to Spanish goal-keeper David De Gea fumbling a straight-forward shot. The momentum didn’t stop in the second half but it was the ending crescendo from CR7 that capped off the legendary encounter. Trailing by a goal and on the verge of his first World Cup hat-trick, the cafe we were at, filled with over a hundred people crammed in, was drowned in a tense silence. When the ball crashed into the back of the net, the entire place erupted. In those early days each and every one of us thought we witnessed a historic moment. Love him or hate him, we believed this would the global stage Cristiano leaves his mark on. Alas that would not out to be true but the belief in the air that night was palpable.

The Egyptian emotional roller coaster
Egypt’s journey to the World Cup was a ride in itself. No matter where you went you could not escape the crowds even during the qualifying stages. So when the day finally came for them to prove themselves to the entire world there was a lot at stake. Unfortunately for our Egyptian brothers and sisters, their team completely capitulated. You could feel the biting tension in the air in their opening game against Uruguay. I made sure we went to a traditional Egyptian shisha cafe because I knew the environment would be unmatched.

That opening game at least managed to meet expectations. Egypt defended like soldiers on the front-line as they faced down a barrage of Uruguayan attacks and the crowd responded in kind. People had brought drums, sung along to the national anthem and applauded everything from a well-made pass to an interception. It really felt like we were watching the game on a street in Cairo.

They lost that game but the following match where they faced Russia had a glimmer of hope. That hope was named Mohammed Salah and the dreams of a nation rested on his injured shoulder. That game was the equivalent of watching a car crash. Egypt simply could not get a foot-hold into a game they had to win and each Salah attempt that went wayward was followed by gasps and defeated sighs. Russia slammed three goals in the second half and slowly all hope faded. Even a divisive penalty call that Salah capitalized on could only muster a tiny bit of cheers. Whether it was planned or not, I experienced the roller coaster that was Egypt’s World Cup campaign and it’s not one I will soon forget.

Croatia and the rise of the underdogs
One aspect that most people will remember from the Russia 2018 are the blistering performances of the tournament’s smaller teams. To my surprise, a lot of crowds in Kuwait were completely in support of them. South Korea smashing Germany in their final group stage match was my personal highlight with England (another small team) winning a penalty shoot-out, something I have never seen before in my life, coming second. But I think it is safe to say that it was the achievement of little Croatia that brought the under-dogs to the forefront. Croatia, the perpetual ‘dark horses’ finally rose against that title and took the tournament by storm. Their game against Argentina, a team with a large support in Kuwait, was easily the World Cup’s boldest statement of intent.

Their campaign was capped off in an extremely fun final against France and by that time, the little team that could, created a fan-base that was 100 percent behind them. Very rarely does a team manage to keep their spirits high after a World Cup final loss and Croatia managed to do just that. As the final whistle blew and French team began their celebrations. The entire cafe we were in gave the defeated Croatians a hefty round of applause. They came close but never stopped believing and playing to their strengths and those aspects are respected no matter where you’re from. 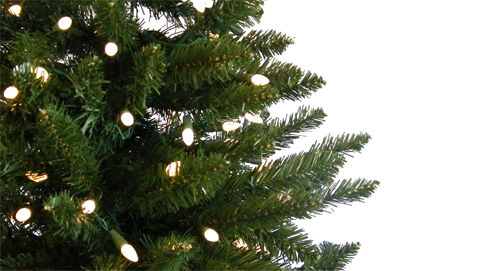 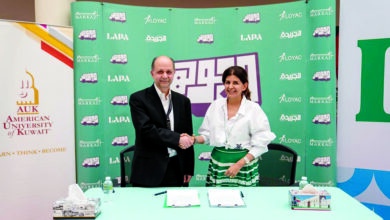