WASHINGTON: Conservatives are praising the Trump administration’s rollback of public school bathroom requirements for transgender students, saying the move corrects a legal overreach by the Obama administration that is best left for states to decide. Transgender rights advocates, meanwhile, are vowing to overcome a major setback.  “We’re not discouraged. And we’re going to keep fighting like we have been and keep fighting for the right thing,” said Gavin Grimm, a transgender teen who sued his Virginia high school over its bathroom access policy and whose case is set to be heard by the Supreme Court next month.

The Justice and Education departments said Wednesday that public schools no longer need to abide by the Obama-era directive instructing them to allow transgender students to use bathrooms and locker rooms of their chosen gender. That guidance, issued in May, led to a spate of lawsuits over how it should be applied, according to a letter from the departments being sent to schools nationwide. The agencies said they withdrew the guidance to “in order to further and more completely consider the legal issues involved.” Anti-bullying safeguards for students will not be affected by the change, according to the letter.

But advocates of protections for transgender teens said the overall rollback sends “a message that something is wrong with them, which is harmful,” said Nancy Haque, co-executive director of Basic Rights Oregon. Grimm’s case also could be in jeopardy with the guidance now lifted. The high court could decide not to hear it and direct lower courts to settle that issue instead.  There won’t be any immediate impact on schools, because the Obama guidance had been temporarily blocked since August by a federal judge in Texas, one of 13 states that sued over the directive. And schools remain free to provide the same treatment to students even without guidance.

No daylight
The earlier guidance was based on the Obama administration’s determination that federal sex discrimination law known as Title IX, applies to gender identity. It will now be up to states and school districts to decide the issue of bathroom access. The Obama guidance did not sufficiently explain its interpretation of that law, Attorney General Jeff Sessions said in a statement. “Congress, state legislatures and local governments are in a position to adopt appropriate policies or laws addressing this issue,” Sessions said, adding that the department is still committed to protecting students from bullying.

“This is an issue best solved at the state and local level,” Education Secretary Betsy DeVos added. “Schools, communities and families can find – and in many cases have found – solutions that protect all students.” Earlier Wednesday, White House spokesman Sean Spicer denied media reports that DeVos, who has been criticized for her stance on LGBT issues, had opposed the change but was overruled by Sessions. Spicer said any disagreement was merely over wording and timing.

“There is no daylight between anybody,” Spicer said, adding that DeVos was “100 percent” on board with the decision.
Conservative activists who saw it as the Obama administration meddling in local matters praised the change. Wisconsin state Rep. Jesse Kremer said he was pleased by the change but still intends to re-introduce a bill to force public school students to use bathrooms that correspond with their birth gender. “No longer will federal officials distort federal law that is meant to equalize educational opportunities for women, and no longer will they force local officials to intermingle boys and girls within private areas like locker rooms, showers, hotel rooms on school trips and restrooms,” said Gary McCaleb, senior counsel for the conservative legal group Alliance Defending Freedom.

However, the reversal is a setback for transgender rights groups, which had been urging Trump to keep the guidelines in place. Advocates say federal law will still prohibit discrimination against students based on their gender or sexual orientation. But, they said, lifting the guidance puts children in harm’s way. “The mother lions in this country are not going to let anything go backward in transgender equality because it’s been very hard fought,” said Linda Fishbaugh, the mother of a transgender New Hampshire teenager. A patchwork of state laws could continue to emerge as a result of the change.

Fifteen states have explicit protections for transgender students in their state laws, and many individual school districts in other states have adopted policies that cover such students on the basis of their gender identity, said Sarah Warbelow, legal director of the Human Rights Campaign. Just one state, North Carolina, has enacted a law restricting access to bathrooms in government-owned buildings to the sex that appears on a person’s birth certificate. Lawmakers in more than 10 states are considering similar legislation, according to the National Conference of State Legislatures.–AP

Inside Qatar's 'gas capital of the world' 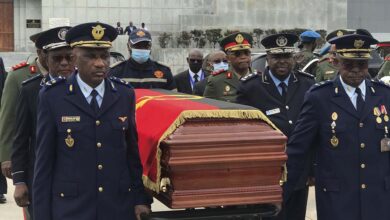 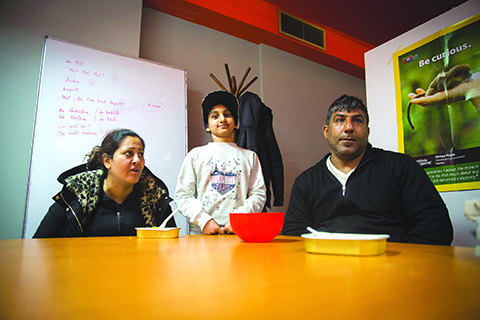 Iranians use visa-free travel to Serbia to flee into Europe 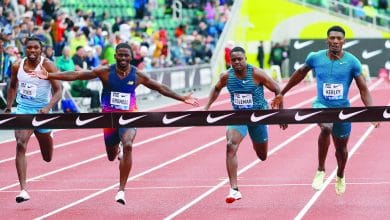 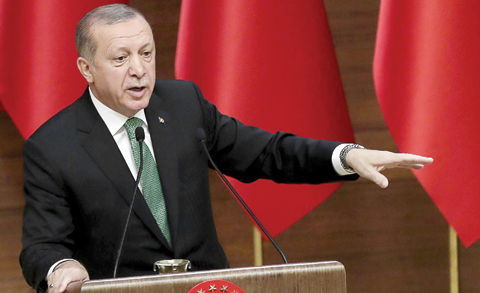 Erdogan vows to ruin any ‘Kurdish state’ in Syria