PARIS: The number of COVID-19 infections recorded worldwide passed 200 million yesterday, an AFP count showed, as the pandemic surges around the world, particularly in the Asia-Pacific region where the Australian city of Melbourne locked down again. The highly contagious Delta variant has driven the virus to return with a vengeance, the number of daily cases recorded worldwide rising by 68 percent since mid-June.

But as more of the world gets vaccinated against the coronavirus-particularly in wealthy countries-the number of deaths has increased at a slower rate, up 20 percent since the start of July, according to AFP’s count. In Australia, which had initially fended off the virus by slamming shut its borders, almost two-thirds of the 25 million population were in lockdown yesterday as the country struggles to quash a Delta outbreak.

Southeast Asia ravaged
The Delta varant has been running rampant in Southeast Asia, with Thailand recording 20,000 new daily cases for the first time on Wednesday-and again on Thursday. The country also announced 160 deaths in 24 hours, as exhausted morgue workers struggle to cope with the mounting bodies. “I’ve seen our personnel faint quite a few times lately so fatigue is definitely starting to set in and we’re almost at our limits,” forensic scientist Thanitchet Khetkham told AFP.

Indonesia’s total COVID death toll passed 100,000 on Wednesday after it recorded 1,739 of the 10,245 fatalities registered worldwide, the global toll rising past 4.25 million. Japan’s capital Tokyo had a new record number of daily cases with 5,042, just three days before the end of the Olympics.

Africa also posted a new record with the 6,400 deaths in the week to August 1 representing the continent’s most since the start of the pandemic, the World Health Organization said. Habib Sagna, a cemetery manager in Senegal’s Dakar, said that in a normal week, they would hold six or seven funerals. “But now, we can do six or seven in a single day,” he told AFP.

Vaccine inequality
The United States remains the country with the highest number of deaths and infections, however it said that it plans eventually to begin allowing fully vaccinated foreigners back in. A White House official said that the US administration wants to reopen to visitors from abroad in a “safe and sustainable manner,” though without specifying a timeframe.

On the other end of the spectrum China, where the virus first emerged in December 2019, was tightening its borders after recording its most new cases in six months. China’s immigration authority announced it would stop issuing ordinary passports and other documents needed for exiting the country in “non-essential and non-emergency” cases-but stopped short of issuing a blanket ban on overseas travel.

Greek authorities meanwhile announced yesterday new restrictions including a curfew on the island of Zante and the Crete city of Chania to fight surging infections. In Spain, a curfew in Barcelona and most of Catalonia was extended for two weeks as hospitals come under pressure. Also on Thursday, France became the latest country to announce it would rollout a third booster shot of a Covid vaccine from September, joining Israel and Germany.

President Emmanuel Macron’s statement came just a day after the World Health Organization called on all nations to halt booster shots until at least the end of September to help ease the drastic inequity in dose distribution between rich and poor nations. However Washington swiftly shot down the WHO’s proposal. “We definitely feel that it’s a false choice and we can do both,” White House press secretary Jen Psaki said. -AFP 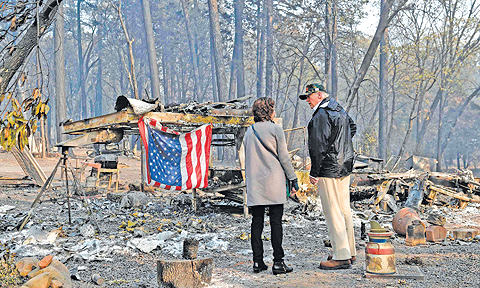 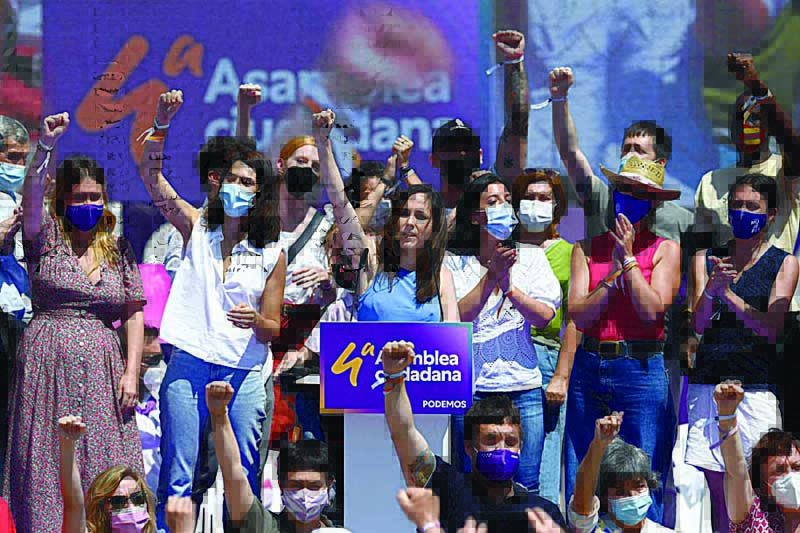 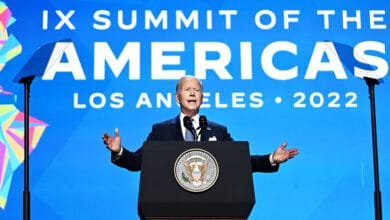 Biden vows to step up action on climate 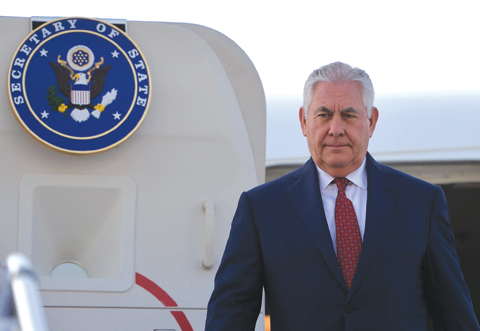