KOCHI: The death toll in India’s southern state of Kerala rose yesterday to nearly 400 after its worst flood in a century, as authorities handed out medicine and disinfectants to ward off disease in thousands of relief camps. Dozens of people are missing and 1.2 million are sheltering in the camps, state officials said, as water receded and a huge clean-up gathered pace. “The death toll has risen to 373,” an official of the state’s disaster management authority told Reuters.

Kerala received rainfall more than 40 percent greater than normal for the monsoon season, which runs from June to September. Torrential rain in the last 10 days forced officials to release water from dozens of dangerously full dams. The Indian government classified the floods as a “calamity of severe nature.” Kerala has pitched it as a national disaster, which if accepted by the federal government, is likely to prompt greater commitments of funds for relief and rebuilding efforts. But, without a yardstick for such a declaration, it could be an uphill task, state officials involved with disaster management said.
Kerala Chief Minister Pinarayi Vijayan called the flood one of the worst in India’s history, displacing more than half a million people. Federal health minister JP Nadda said more than 3,500 medical camps were set up across a region roughly the size of Switzerland, where rains since Aug 8 have swelled rivers and triggered landslides.

“There is a requirement for 90 different medicines and the first installment has reached,” he added. “The biggest challenges immediately ahead are cleaning of the flood-hit houses, rehabilitation, and prevention of water-borne diseases,” said Mahesh P, a village official in Rayamangalam, about 45 km from Kerala’s financial capital of Kochi.

Mahesh oversees four relief camps in his village, which itself escaped flood damage. The camps accommodate people rescued from neighboring areas, which were among the worst affected. The villagers had all pulled together to rescue people and prevent an even bigger disaster, Mahesh said. “The flood has bonded the people like never before, sharing whatever they had.” Chlorine powder to disinfect water and other cleaning material are distributed by the camps Mahesh oversees, along with a basic survival kit consisting of a five-day supply of rice and food, toiletries and clothing.

Long queues
Light to moderate rain was expected across Kerala yesterday, promising respite to rescue workers, who have battled rising waters and mudslides to reach tens of thousands of stranded villagers. In one of the worst-hit areas, Chengannur, about 100 km from Kochi, a long queue of women snaked out of a medical camp at the main relief centre. As a helicopter hovered overhead, doctors checked elderly men and women lying on wooden benches in an engineering college. “People are being screened for respiratory infections,” said a camp doctor, Rajesh Parameshwaran, adding that another infection doctors were targeted was leptospirosis, which can strike people wading through stagnant water.

Those returning home from the camps as the waters recede face a difficult clean-up. The insides of many homes will have about 60 cm of mud, officials said. Wells, commonly used in Kerala, are contaminated and few places have electricity to pump water. Kochi’s airport has suspended operations until Sunday. National carrier Air India yesterday began flying turboprop planes from the city’s naval airport to the cities of Bangalore and Coimbatore in neighboring states. To assist passengers, India’s aviation regulator asked domestic airlines to cap maximum fares to and from Kerala and nearby airports.

Kerala faces no shortage of food, at least. Traders had stocked up before the Hindu harvest festival of Onam on Saturday, the chief minister said. Kerala has cancelled all official celebrations of what is usually its biggest festive event. Rahul Gandhi, the leader of the opposition Congress party, urged Modi not to discriminate between states controlled by his Bharatiya Janata Party and those such as Kerala, which it does not rule. The state, ruled by the communist party, has received just a third of the immediate assistance of 20 billion rupees ($285 million) it sought from the federal government.- Reuters 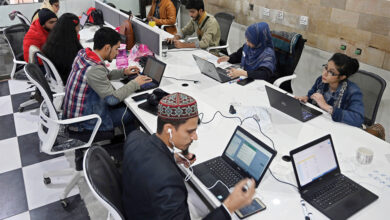 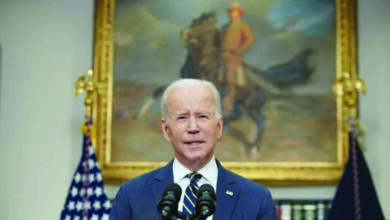 US, allies to end normal trade relations with Russia 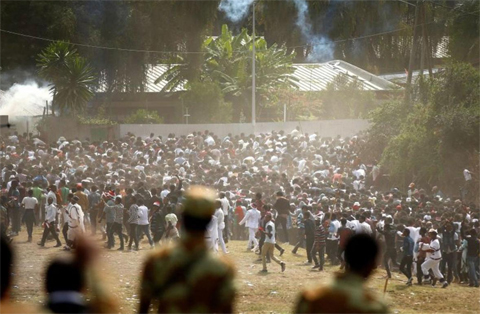 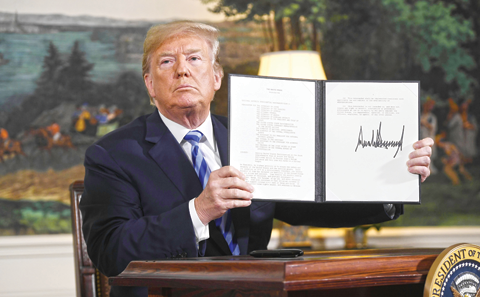