KUWAIT: Deputy Prime Minister and Minister of Finance Anas Al-Saleh said yesterday the Kuwaiti economy, relying heavily on oil revenues, suffered a budget deficit as a result of the 60 percent drop in oil prices in 2014. Revenues nosedived while expenditure remained almost the same in the last two years, Saleh, also acting minister of oil, said in an interview with Al-Rai TV yesterday.

While the final account for the fiscal year 2014-2015 shows a surplus of KD 3.5 billion, that of FY 2015-2016 shows a real deficit of KD 4.6 billion resulting from the 60 percent decline in revenues, he explained. In March, the government drafted a document for economic reforms, a package of measures for short-term and medium-term economic and financial reforms, taking into account the objectives of the national development plan, he said.

The document covers the coming two-four years and focuses on six axes – first, financial reform including budgetary imbalances; second, the role of the state in the national economy; third, the contribution of the private sector to economic growth; fourth, the citizens’ role in economic projects; fifth, the reforms of the labor market and the civil service system; and sixth, legislative and institutional reforms.

“The document is the fruit of interagency cooperation involving not only the ministry of finance but all government departments. The state departments started implementing the measures to rationalize expenditure, which led to saving up to KD 900 million a year and cutting the budget deficit from the initially-projected KD 6.6 billion to KD 4.6 billion,” Saleh revealed.

Asked about aid provided by Kuwait to friendly countries over the last 15 years, he said Kuwait Fund for Arab Economic Development (KFAED) offers loans at low interest rates. “The assistance being offered by the Kuwait government represents only three percent of the budget,” he said, adding that the government started putting caps on the budgets of various state departments two years ago.

The minister highlighted the need for the new National Assembly to endorse the document and maintain cooperation with the government. Saleh noted that despite the inability of the government to get parliamentary approval of some decisions such as the hike in electricity tariffs, the relationship between the executive and the legislative authorities was mainly marked by cooperation.

“The legislative authority, backed by the confidence of the people, and the executive authority, backed by the confidence of His Highness the Amir, were able to reach compromise on the fuel price rise. Article 50 of the constitution provides for such cooperation in order to serve the public interests, particularly the interests of middle-income people,” the minister pointed out.

On the state budget for FY 2016-2017 passed by the recently-dissolved parliament, Saleh said it is projected on the assumption that the oil prices will range around $56 per barrel, thus striking a balance between revenues and expenditure. Asked whether oil prices could hit $65 next year, the minister voiced hope that the meeting of oil ministers of the GCC states and Russia in Riyadh will lead to ratcheting the prices to $50-60 in the coming 15 months.

Higher prices encourage investors in the oil industry, whether companies or states, to pump more funds into oil exploration, which in turn leads to more supply. He noted that the volume of investments in oil explorations and production went down by 26 percent in 2015 and 2016 due to low prices, expecting the same rate of decline to continue next year. Kuwait’s five-year plan envisages huge projects in the field of exploration, but such explorations take a relatively long time to yield fruit and reach the stage of production, he explained.

Nevertheless, Saleh affirmed that the Kuwaiti economy has a bright outlook given the ambitious reforms, noting that other GCC economies have adopted similar reformist measures. – KUNA 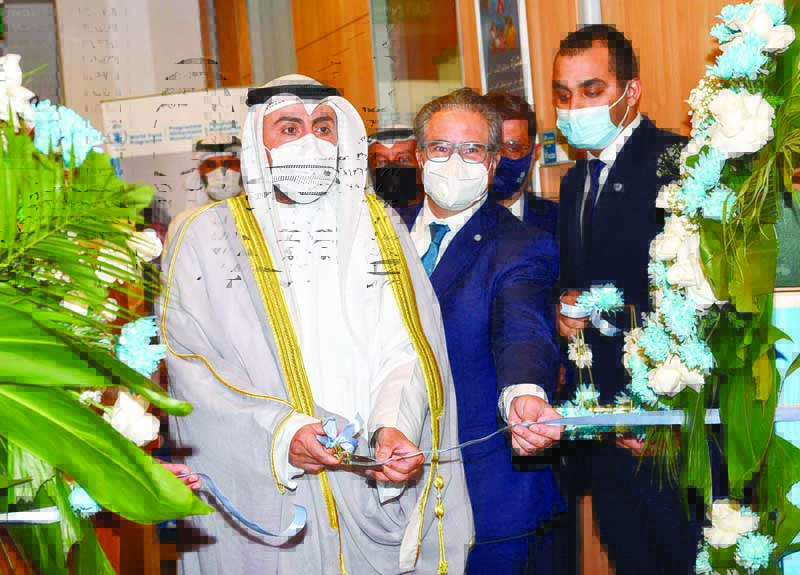 WHO: Kuwait headquarters to provide impetus for closer ties