The issue of delays in construction projects is occupying a great deal of public attention because these projects are related to their daily lives, their country and future. This delay in the completion of projects is an unfortunate, dangerous and negative phenomenon, and is becoming a matter of concern and criticism by everyone.

In an official statement that was published last week, Minister of Social Affairs and Labor and Minister of State for Development and Planning Hind Al-Subaih said more than 70 percent of the delays in planned development projects were due to the executors rather than the monitoring bodies. They did not finish the required job.

The delay in projects is reflecting negatively on the people, and creates dependency and poor motivation to accomplish things on an individual level. Slow implementation and corruption in development and construction projects, infrastructure, housing and cities, roads and bridges in the country over the past years because of obstacles has led to undermining our business reputation. There are many examples, such as Jaber Hospital and the metro project, and even the maintenance of bridges.

The resentment of citizens is logical because they have not seen any grand projects or real developments despite the financial surpluses achieved by Kuwait in the years that witnessed rises in oil prices. It is been a decade without the completion of the university in Shadadiya, which still needs additional years to be ready, if it survives the annual fires. The project has turned into a joke.

There have been multiple studies on the reasons for delays in the completion of major projects. Contractors are the main reason for the delay, along with the failure of planning and construction programs. Ambiguity in the goals of many construction projects in terms of quality, cost and time is also part of the main reasons causing the delay.

Kuwait needs foreign technology and needs to attract investment companies, but this cannot be done without the provision of facilities to get visas, serious implementation of laws and fighting corruption and bribery. Otherwise, the future will not be as bright as some believe. 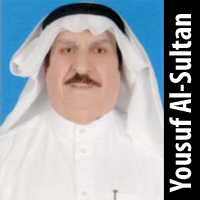