ADEN: A battered plaque in a rundown hospital and a crackly, black-and-white newsreel are all that remain of Queen Elizabeth II’s 1954 visit to Aden, the war-torn Yemeni city whose troubles are a reminder of Britain’s complicated legacy in the Middle East. The plaque, scratched and dented and inscribed in English and Arabic, testifies that the queen, then 28, laid the foundation stone for the Al-Joumhouria hospital on April 27, 1954, less than a year after her coronation.

Visiting the hospital earlier this year, AFP recorded disturbing scenes: mildew, emaciated children and the stench of urine, as the under-equipped facility grapples with an impossible workload in the face of a long-running conflict. It was far from the brief but triumphant visit depicted in a Pathe newsreel nearly seven decades earlier, showing the queen and a smiling Prince Philip touring Aden in an open-top car and watching camel-mounted troops in a military parade.

British colonialism is inextricably linked with the Middle East partly because of the 1916 Sykes-Picot agreement, when Britain and France carved up much of the region between them amid the collapse of Ottoman rule during World War I. Many Arab leaders remain close to British royalty, however. After the queen’s death this month at 96, sombre tributes were offered by monarchies that thrived under British protection.

The royal rulers of Qatar, Bahrain and Oman ordered flags to be flown at half-mast, and Jordan’s King Abdullah II, whose mother was British, also sent his condolences. A lesser-noticed tribute also arrived from the separatist leader of Aden, the southwestern port city and the seat of the British colony that later became South Yemen until unification with North Yemen in 1990. Aidarus Al-Zubaidi, president of the Southern Transitional Council, tweeted that he was “deeply saddened” by the queen’s death and extended his “heartfelt condolences”.

The sentiments were incongruous in a city that, nine years after the young queen’s visit, orchestrated an armed revolution that eventually won independence in 1967, an uprising that is celebrated each October 14. Mohammad Qassem Numan, president of the Yemen Center for Human Rights Studies and an activist against British rule in the 1960s, said any nostalgia for imperial rule was misplaced.

“Those who glorify the period where the British were in Aden, either are young and are unaware of the reality of what was happening in Aden and in the south back then, or are old people reacting to the reality we are living right now which is very tiring,” the 72-year-old told AFP. “Colonialism in all its forms undermines a person’s rights, freedom and life. There was never a form of colonialism that respected humanity,” he added, stressing that it can “only ever seek to protect its own interests”.

Asmahan Al-Alas, secretary general of the Yemeni Society for History and Archaeology, and a history professor at Aden university, said the colonizers modernized the city and introduced a range of “planning, education, economic and social” changes. But the policies “didn’t focus on the aspirations of Adeni people”, she said. Following unification between the socialist south and nationalist North Yemen more than three decades ago, the separatist question festered as economic and political conditions steadily deteriorated in the Arab world’s poorest country.

A civil war sparked by the Houthi rebels’ takeover of Yemen’s capital Sanaa in 2014 has had catastrophic consequences, creating the world’s worst humanitarian crisis according to the United Nations, with millions teetering on the brink of famine. Aden bears the scars of conflict. Homes are pockmarked by bullet holes, buildings lie in rubble and water and electricity are intermittent, the result of infrastructure trashed by fighting. Some signs of British rule remain, including “Little Ben”, a smaller version of London’s Big Ben tower in black brick with a red-tiled roof, its clock long stopped.

The Crescent Hotel-where the queen is rumored to have stayed, although the account is disputed-is still standing but derelict, its roof gone and its rooms strewn with rubble. At Al-Joumhouria hospital, with the queen’s plaque at its entrance, medical staff on wages of 10,000 riyals (about $9) a day despair at the conditions. “The hospital isn’t maintained or air-conditioned,” nurse Zubaidi Said told AFP in February. “There are leaks in the bathrooms. The building is old and dilapidated.” – AFP

Over 80 dead in Tajik-Kyrgyz border clashes 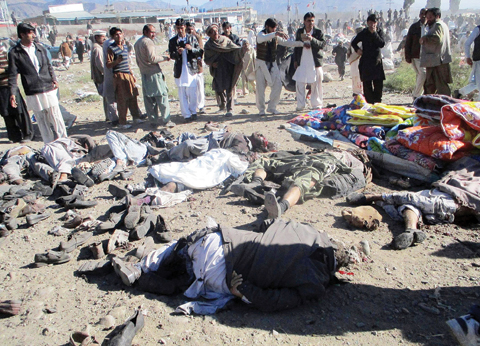 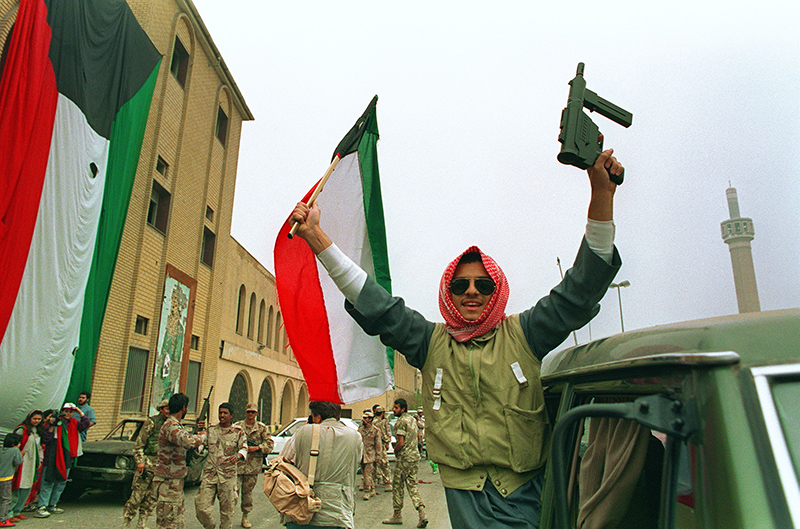 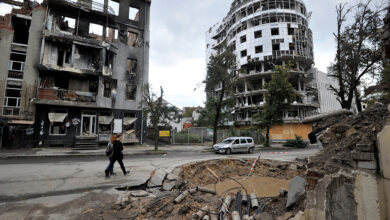 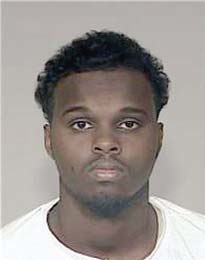 Minnesota man accused of conspiring to help IS