I always try to imagine how would my life be if I did not have the privilege to find a job in my own country or if for any reason I had to move to another country, maybe for a better lifestyle, for peace of mind, or to advance my career, or maybe just for an adventure. Kuwait and other GCC countries have on multiple occasions been rated one of the worst places for expats to live, or one of the non-friendliest places for foreigners to live in, yet we have huge numbers of expats living in the GCC region. How bad is it in reality?
The headlines in the newspapers and online news platforms read that the Ministry of Interior has a plan to deport 100,000 violating expats by the end of the year. Severe crackdowns took place over the weekend against violators, but how bad is it? I have had a few concerns from my expat readers that I want to address.

Legal or not
Question: This question might seem weird, but is deportation even legally allowed? I know Kuwait has a right to do so, but I have never heard of deportation in my own country. I just find it so wrong.
Fajer: Generally speaking, deportation is internationally legally acceptable for some situations, especially for those who violate residency permits, or ‘illegal aliens’. It happens all the time in many countries, but other countries might not have as many people being deported at the same time or might not have a large expat population, and therefore this might be the reason why it is not highlighted in the news.
With that said, I have been getting emails about extreme cases where people were deported for the silliest issues without prior notice or an opportunity to grab their belongings. Whether this is true or not, it’s hard to tell, because once the person is deported out of the country, it’s difficult for us lawyers to work with the case, because really there is nothing we can legally do to bring them back.

Getting fired
Question: Can I get deported after being fired?
Fajer: You have a three-month grace period after being fired, as in after your last day of work, to transfer your visa or otherwise your visa can be cancelled and your status will be of an illegal immigrant, which you can get deported for.
I hope the above helped. I know it can be a very scary thing for expats to read the news, when it seems as if it is part of the government’s plan to “lessen” the number of expats in Kuwait. This does not sound friendly or right at all, but as I explained above, if you stay legal and vigilant, you will be fine! I care about Kuwait very much and about its international reputation, and I hope that Kuwait is able to provide a safe environment for all to live and coexist together. And should there be illegal immigrants in this country or expat violators, they should be treated with utmost respect. They should be able to take their belongings before leaving, and they should be able to leave with dignity.

For any legal questions or queries, email [email protected]

US launches airstrikes targeting IS in Libya 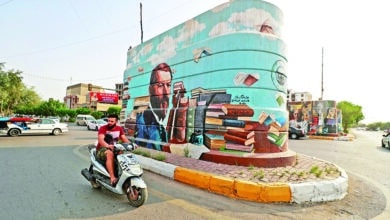