If a terrorist squad attempts to cross the northern Kuwaiti border, the ‘desert panthers’ will eliminate them completely. The army recently carried out a military training exercise titled ‘Desert Panthers’. With a ground force from Qatar and a battalion of the Kuwaiti National Guard, with support from Apache helicopters, this training was a huge success and achieved its goal. The exercise was attended by the Kuwaiti chief of staff and his Qatari counterpart.

The exercise simulated a terrorist horde of 250 militants trying to cross our northern border. The ministry of interior requests backup and support of the National Guard, and with support from Apache helicopters that provide air cover, tanks move towards the enemy. The enemy is completely annihilated and the ports and borders are secured with coordination between the forces.

Joint exercises between friendly countries and allied forces are important in order to exchange experiences and get acquainted with new methods of combat and weapons systems, especially the latest equipment and advanced military technology and expertise. Usually, the training evaluates the security measures to be taken and develops them on an ongoing basis, and this is the benefit of military exercises.

At the end of the drills, the Kuwaiti chief of staff told the press that this bilateral exercise is the first, but certainly will not be the last, and will be held every two years. He added that this exercise aims to raise the combat efficiency of every unit in the army and gauge the time needed and the extent of joint coordination to deal with any events. He stressed that Gulf security is indivisible and the security of every Gulf state is a shared responsibility of all Gulf Cooperation Council (GCC) countries.

I liked this statement because it sends an important message to all hostile parties, whether against Kuwait or other Gulf states, that we will not allow any infringement on the borders of the Gulf, regardless if the border is of Kuwait or any other Gulf state. Usually, military exercises are a measure of the readiness of military teams for any possible emergency. That is an important message in the light of the regional tension and the continuation of the war against IS members and supporters who may try to sneak across our borders. They will be eliminated.

Another reason is the fact that such joint exercises reflect the brotherly and close relations between the GCC states, especially with regards to the security issue. The Kuwaiti chief of staff announced the intention to carry out another military exercise in March next year under the title ‘Integration 1’, which will be held for the first time in Kuwait with the participation of all Gulf armies.

It is worth noting that the Kuwaiti army participated in the Arab wars of 1967 and 1973, as well as as part of the Arab coalition in Saudi Arabia during the war to liberate Kuwait in 1990. The army is always trained for the worst during the performance of their duty to protect the homeland. Thank you Kuwaiti army! It is always good to know that we are safe and secure.

Greeting to the ruling press

Yes to the youth! 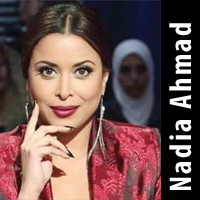 No More Licenses For Expats