LONDON: As Prime Minister Boris Johnson moves to confront Moscow over its Ukraine invasion, he stands accused of leaving the financial back door wide open by ignoring a “sewer” of Russian money coursing through Britain.

Johnson on Wednesday confirmed another delay to an “economic crime” bill, which he says will eventually dismantle the “Matryoshka doll” hiding the ownership of UK companies and properties by Russian oligarchs. “We do need to stop corrupt Russian money in London and every other financial capital,” he told parliament, insisting New York, Paris and other centres needed to be part of the sanctions effort.

“No country is doing more than the UK to tackle this issue,” the prime minister claimed. But despite its new-found freedoms since Brexit, Britain has lagged behind the European Union in targeting named individuals in Russian President Vladimir Putin’s inner circle. Rich Russians have long found it easy to acquire expensive properties in London, or a world-class education for their children in Britain’s private schools, or control of top Premier League football clubs. According to multiple studies into the “Londongrad” phenomenon, they have been enabled by a service industry encompassing blue-chip bankers, accountants, lawyers, property agents and public-relations advisors. And since Johnson entered Downing Street in 2019, his Conservative party has stepped up a drive to entice cash-rich donors, including from wealthy backers originally from Russia.

“It may be that all these people want to do is to play tennis with Boris or have dinner with him,” said Thomas Mayne, an expert on corruption in Russia and Central Asia at the Chatham House think-tank. “But the question has to be asked as to their true loyalties, and the origins of their money,” he told AFP. From 1994, as the Russian economy turned into a post-Soviet free-for-all and China was opening up, foreign investors were able to effectively buy UK residency via a “golden visa” programme.

The scheme only ended last week, as Putin stepped up his threats against Ukraine, long after he was accused of orchestrating a 2018 nerve-agent attack in the English city of Salisbury. One beneficiary of the scheme was Roman Abramovich, the owner of Chelsea football club, who last year brought a libel action against British journalist Catherine Belton and the publisher of her book “Putin’s People”.

The government failed to renew Abramovich’s visa in 2018. On Wednesday, using parliamentary privilege, Liberal Democrat MP Layla Moran named him as one of 35 “key enablers” to Putin who should be sanctioned. One Russian couple who did become UK citizens were Vladimir Chernukhin, Putin’s former deputy finance minister, and his wife Lubov Chernukhin. She has given more than £2 million to the Conservatives since 2012 and, according to the Sunday Times, is part of an elite club of donors to enjoy preferential access to Johnson and other government ministers.

Opposition parties smell a rat. “Under the Tories, a sewer of dirty Russian money has been allowed to run through London for years,” Ian Blackford, Westminster leader of the Scottish National Party, told Johnson in parliament. He said that as far back as 2017, when Johnson was foreign secretary, he had raised the issue of UK-registered limited partnerships which had been used to funnel more than $20 billion out of Russian banks. “Plenty of these golden (visa) handshakes just so happened to find their way into the coffers of the Conservative party, £2.3 million in fact, since the prime minister took office,” Blackford added.

“How can our allies trust this prime minister to clean up dirty Russian money in the UK when he won’t even clean up his own political party?” The Tories say they comply with legal requirements that only UK citizens or UK-based companies can donate to political parties, and that all donations are registered transparently.

But given Russian oligarchs’ penchant for shell companies, tax havens and opaque ownership structures, experts say it is hard for any party to truly know the source of such funds. And new elections legislation being pushed by the government will make the problem of foreign influence in British politics worse, not better, according to Transparency International.

“It’s not fanciful to be concerned that money from Russia is infiltrating the UK political system,” the campaign group’s director of policy, former Liberal Democrat MP Duncan Hames, told AFP. “But our view would be that you ought to be concerned about any individual, wherever they’re from, giving large sums of money in a manner that distorts democracy.” — AFP 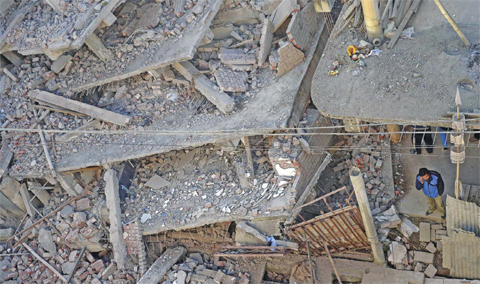 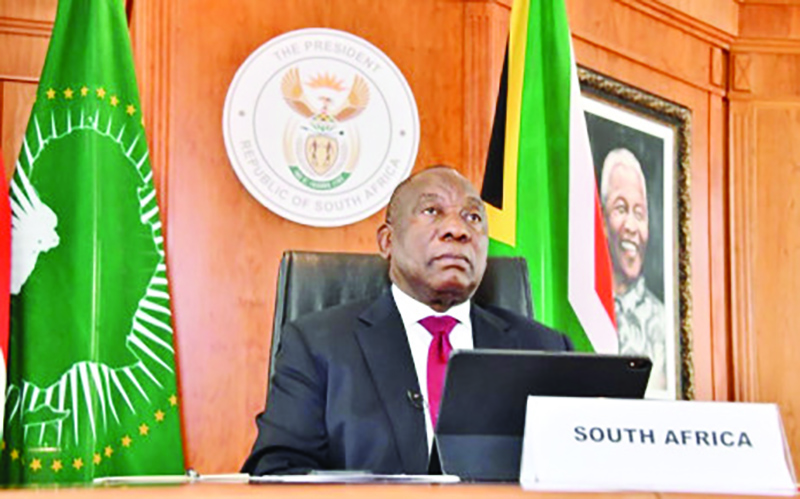 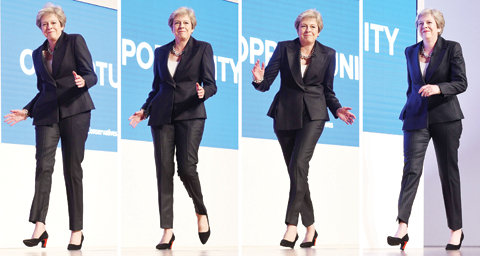 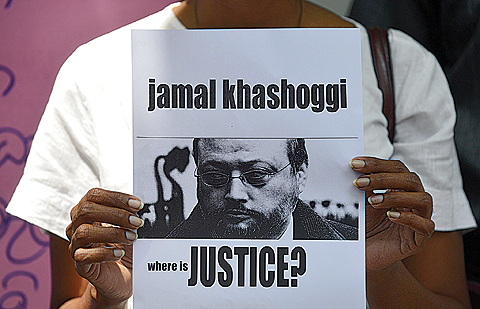