Diabetes in Kuwait reached around 23 percent in 2019

KUWAIT: Diabetes is a ruthless chronic illness affecting the lives of millions across the world. According to the tenth report by International Diabetes Federation (IDF), the number of diabetic patients around the world are expected to rise from 537 million adults today to 784 million by 2045. The United Nations’ General Assembly in 2007 chose November 14th to be the International Day for Diabetics, to recognize the urgent need to further multilateral efforts and encourage the betterment of human health by facilitating the attainment of medication, and education in field of healthcare. Diabetes imposes a grave danger to all efforts made to achieve internationally agreed upon objectives, aiming to boost healthcare systems, and put forth national preventive policies.

On the occasion of the International Day for Diabetics, Consultant of Endocrinology and Diabetes, Fellow of Joslin’s Diabetes Center in Harvard University, and Chief of Kuwait Diabetes Society, Dr Waleed Al-Dhahi said yesterday that diabetes is one of the most widespread non-infectious diseases in the world, and the gulf region ranks high in terms of diabetic numbers. Dr Dahi clarified that currently there are 537 million diabetic people around the world, ages between 20-79 and it is expected that numbers will rise to 784 million by 2045. He also indicated that the disease is responsible for around 6.7 million deaths this current year, i.e. one death every five seconds. Furthermore, he indicated that the disease caused the spending of around $966 billion, or a 316 percent increase within the last 15 years.

A report in 2019 revealed that diabetes’ spread in Kuwait has reached around 23 percent; up from 19 percent the previous year when there were nearly 400,000 diabetic patients in the country. Dr Amna Shaghouli, Consultant of Internal Medicine, Endocrinology and diabetes in the Ministry of Health (MoH), said meanwhile that according to the IDF report, the average of diabetes’ spread in Kuwait reached 14.2 percent in 2006, which means that one in every seven people has diabetes. She also indicated that the percentage could reach 20 percent in case of people older than 79 years. Dr Shaghouli also pointed out that recent studies explore the deep-rooted connection between a person’s lifestyle and the probability of becoming diabetic, adding that the probability of avoiding type two diabetes could reach 60 percent via a change of daily lifestyle.

Dr Dahi explained that there are three types of diabetes: Type one, type two, and gestational diabetes. Type one diabetes affects children and is quite widespread in Kuwait, as it ranks first in the Arab world and third globally. He indicated that it happens at an early age because of the pancreas ceasing to work and therefore comprising its ability to produce insulin. As for type two, it generally affects middle-aged people and is most prevalent type in Kuwait, as it is considered one of ten countries with highest numbers in cases around the world. Dr Dahi stated that this type could be a result of genetics, obesity, or lack of movement and exercise, and it does not happen suddenly. Type two diabetes happens due to insufficient insulin production. The third type, gestational diabetes, is diagnosed during pregnancy and ends with giving birth.

Dr Dahi cited the genetic factor as the main reason for rising numbers of diabetics in Kuwait, as well as lack of exercise and poor nutritional habits. He also indicated that patients must have complete comprehension of the nature of the disease to avoid future complications. Dr Dahi recommended exercising for no less than 150 minutes per week, reducing fast absorbing carbohydrates and fats intake. He also urged patients at home to commit to routine check-ups to know whether medication is working properly or the dosage must be adjusted. Patients must also follow up with diabetic foot examination, testing cholesterol levels, diabetic eye screening and measuring blood pressure.

Dr Dahi also touched on latest developments in the field of treating diabetes. He mentioned newly developed smart bumps for type one diabetes; it measures sugar levels and stops insulin secretion. The smart bump is available in Kuwait in addition to the adhesive patches. As for type two diabetes, Dr Dahi stated that many medications are available, some are weight reducing injections that adjust sugar levels in blood and is considered one of the best options, as well as new tablets that work on getting rid of sugar via urine, and are safe for the heart and kidneys. He stated that research on stem cells shows a bright future in treating type two diabetes, but has yet to be approved by scientific centers. However, Dr Dahi added, many centers override science and use it commercially. Dr Dahi cautions against commercial use as long-term effects are not yet known. He indicated that Kuwait is a pioneer in the area in terms of combating diabetes, as it provides all types of medications, from tablets and bumps, to providing blood glucose monitors, and overseeing programs that aim to raise awareness on the matter in cooperation with Ministry of Health and Kuwait Diabetics Society.

Dr Qais Al-Duwairi, General Director of Dasman Diabetes Institute, stated meanwhile that the institute is considered a comprehensive institute for research, treatment, and awareness in regards to diabetes. He added that the institute works in collaboration with MoH, many universities, and esteemed international institutions to prevent and combat dangers associated with the disease. Dr Duwairi illustrated the institute conducts research and runs many projects revolving around diabetes and its various complications, amongst which is beating type two diabetes clinic, for patients with certain qualifications.

He also touched on ongoing research regarding the effect of diabetes on the brain, a study on the effects of lifestyle, and a study on effects of resistance training at home on body composition, muscle strength and diabetes management for type two patients. Dr Duwairi also mentioned that the institute is developing national record for diabetes in coordination with all primary medical centers and hospitals in Kuwait and conducting studies revolving round role of immunity, genetic factors and environmental components, obesity and lifestyle in relation to diabetes. He stated that more than 3,500 patients visited the institute in around 34,000 appointments since the beginning of this year. —KUNA 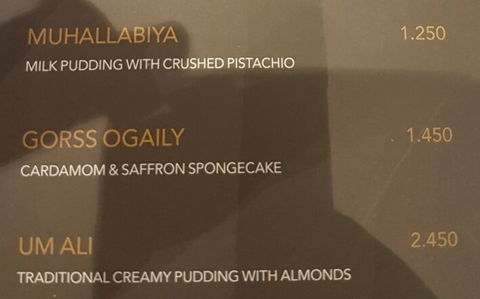 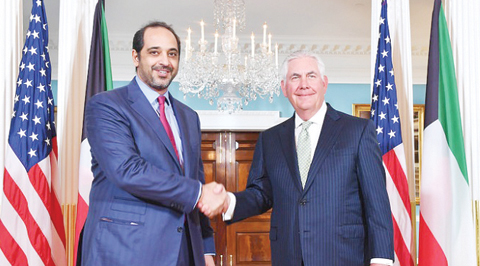