With an increasing global focus on climate change and its widespread impact on our environment, the initiates spearheaded by voluntary organisations across countries need a special mention. Started in 1986, the Kuwait Dive Team has been working tirelessly to rescue and rehabilitate marine life in the country. Kuwait Times spoke to Dr Dari Alhuwail, International Relations Officer and Volunteer Diver at the Kuwait Dive Team- Environment Voluntary Foundation, to understand the impact of marine pollution in Kuwait and the efforts done to protect the seas.

KT: Can you elaborate on some of the activities carried out by the Kuwait Dive Team to protect the marine environment in Kuwait?

Dr Dari: The dive team carries out many operations which can be categorized under three broad pillars – rescue, rehabilitation and protection of the marine environment. We also have collaborations with the University of Queensland and the Coral Watch program, where we monitor the coral reefs in and around Kuwait and report the data back to the University of Queensland. The data is then published and made available for scientists and researchers around the globe, if anyone wishes to monitor the reef’s health. Along with this, we also cooperate with the EPA as well as with our generous supporters and donors in the country and funding and grants received from international agencies. We also have seventy plus mooring buoys around the coral reefs in Kuwait to protect them from destruction and damage.

KT: What are some of the rescue efforts carried out across the marine environment in Kuwait?

Dr Dari: Unfortunately, a lot of our rescue efforts are aimed at picking up deadly ghost nets – fishing nets that have been lost or abandoned in protected areas where people are not supposed to be fishing. These ghost nets then become a graveyard of sorts for all kinds of marine life that gets caught in them. Last week, we picked up underwater ghost nets that were approximately 250 to 300 metres long from Garooh Island. We also pick up ghost nets from Kobar Island and on a weekly basis, we lift a tonne or more of ghost nets from Kuwait Bay, also known as Jon Al Kuwayt.

KT: How do ghost nets end up being underwater?

Dr Dari: Usually it is one of two things – One possibility is that when people carry out fishing in prohibited areas, they may suddenly be spotted by authorities, so they abandon their nets and run or the other possibility is that they may not be caught, but their fishing nets get caught or stuck on reef or rocks and because they are quite heavy, they cannot be lifted out easily. So, people abandon them instead. We work closely with the coastal authorities and the general public, so we do get notified about such nets and depending on the location, weather and the marine forecast, we go and pick them up as soon as possible.

KT: How dangerous are these ghost nets?

Dr Dari: They are extremely dangerous and hence, the term ghost nets – an international terminology that is used quite often to define these nets as they literally collect ‘ghosts’ or bodies of fish and marine creatures that gets stuck in these nets. Previously, we have lifted ghost nets that had turtles, sharks and all types of fishes caught in them and they don’t distinguish between any creatures – it kills anything that gets stuck in them.

Ghost nets are quite dangerous for human beings as well, whether you are above the water or beneath it. If you are in a boat and cruising by, for example, these ghost nets, depending on their size and strength can get tangled in the motor and make it dangerous for the people travelling in the boat. If you are a diver and underwater, you need to surface occasionally, especially if you are doing a free dive. So, while diving, if the diver gets caught in these nets, then the diver would not be able to surface and would end up in the net, just like the turtles and other marine creatures. We once caught a net that looked like it was quite old and must have fallen off a boat, maybe an accident, but there were more than eight birds caught in these nets. These birds are traditionally referred to as ‘Loha’ in Kuwait and are the kinds that dive in the water to catch fish and then surface. It is likely that these birds dove to catch fish but got caught in these nets instead.

Sometimes people do not act responsibly towards the environment. It is very hard for people to imagine how a bottle which falls out from their car ends up harming the environment. For example, it takes you forty-five minutes to reach Garooh Island, so it is hard for people to understand how a 200 or 300 metres long ghost net floats along underwater and ends up there. The positive side to the whole thing is that we do have some strong laws in place but the problem is in enforcing these laws and in penalising the violators.

KT: Do you think the work you do could also help bring in a stronger enforcement of these laws?

Dr Dari: So, the efforts that we do are primarily aimed at bringing people to the table to be aware of the issue. The role of the dive team is not to enforce laws – we are not the water police. But a lot of the messages that we put up on our social media sites and the live videos, shed light on the issues faced by the marine environment in Kuwait. These do gain the attention of not just the authorities but is also seen by members of the general public. Also, there has been stronger enforcement of laws since sometime but if you ask me whether, is that enough? Probably not. We need to do more. Then again, if we try to monitor the activities that happen across air, land and water all the time, we will fail. I am not suggesting that we should not monitor the situation or not enforce laws, but if we focus on raising awareness and change the mindset of people, then we don’t have to spend our resources on trying to enforce these laws.

KT: So, what does it take to change the mindsets of people?

Dr Dari: I think a change of the current mindset needs to be an inherent part of our culture. One thing we try, on a personal level and in the dive team – we encourage this mindset in young minds.

For example, we collaborated with KFAS recently and were part of an initiative called, ‘Chief Science Officers,’ where we interacted with young students who were interested in the sciences and environment issues and it was interesting to hear about ways they could help. We also initiate mobile beach clean-up units during the cooler months. This is a great way to teach youngsters the significance of such issues rather than speak to them in a classroom where they would just find it boring to listen to. Even on site, at the beach, we limit the number of instructions we give them and instead explain it through games and in ten minutes, we are off to the beach to do the clean-up. We teach them about separating the waste items, identify the items in the waste bins and so on – all done under adult supervision. We have worked with around 20,000 students so far, with parents and supervisors coming back to us and letting us know that it was an unforgettable experience.

KT: Coming back to the work done by your team, we spoke about ghost nets and marine pollution in general, what are the other problems that you have observed in Kuwait seas?

Dr Dari: Well, if we look at the coral reefs, for example, we do find that a lot of dirt causes damage to the reefs. People are also not supposed to be fishing or spearfishing there as these cause damage to the reefs either by their boat anchors or from the divers’ fins. These corals are quite sensitive and they grow just a couple of centimetres long every 3-5 years. It takes just an accidental stroke from an inexperienced diver to ruin a decade’s worth of corals. Also, there is indirect destruction because of the kind of human activities that we do in the ocean – water salinity and temperature get affected and in such an unstable environment, the corals tend to bleach and die.

It is also interesting to note that during the lockdown when the marine environment remained untouched, marine life started to flourish again. For example, we have a popular kind of fish called Mayth in Kuwait, mostly found in the Kuwait Bay area. Fishing was not allowed at the bay during that time and we did see a spike in the Mayth population in the waters.

KT: We did have an impactful bleaching that took place on the reefs in 2010 and reports were sent to the University of Queensland then. How is the situation now?

Dr Dari: I would say the situation is fairly stable now. We do see batches of coral bleaching every now and then. But corals of the gulf are quite resilient and can withstand extreme water temperatures – just that they can do it only for so long. In human beings, a 1 degree change in temperature is not a lot for a normal person but in the water, that kind of change can cause an impact. The reef can withstand the impact for a couple of days but if it continues, then it is abandoned and permanent bleaching happens and then it dies.

KT: How would you describe your experience with the Kuwait Dive Team?

Dr Dari: My experience has been nothing but a pleasant one. It has been a joy to be part of this great initiative and on a really minute level, I really feel happy that I am helping in some way. Last week, we rescued several crabs from a ghost net as they had got stuck in it. Nobody cares about this, but those crabs would have died had they not been rescued. It comes from our upbringing as a Kuwaiti and what our religion teaches us makes a difference – how we need to be respectful about life, how we should understand their suffering and so on.

We often dive in harsh environments with extremely low visibility and quite dangerous as well with regards to pulling out ghost nets. But we do it with a lot of joy. We don’t have a party after a rescue mission. We finish, jump back on the boats and go home. Thankfully, we have a good network – the fire department, the EPA, coast guards, scientific centre – everybody knows about the work we do; we can be notified quite quickly and we are there to help. A special mention also goes for our families who are quite supportive of the work we do because I am taking from them, the time I have to spent with my family and my children. I would also like to thank my workplace, Kuwait University, which is quite supportive of community service. This does not mean that I am ignoring my teaching duties, it is just that in my free time, it is a great thing that I am able to do this with all the support I get. 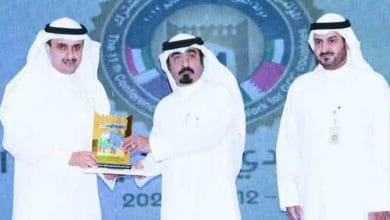 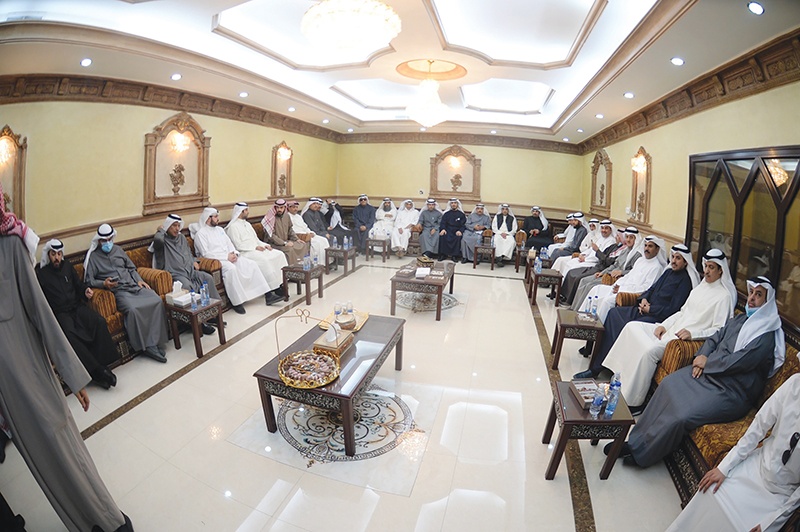