PARIS: Novak Djokovic reached his 30th Grand Slam semi-final yesterday but his quest for a first French Open title was almost scuppered by disqualification. The world number one, a three-time runner-up and seeking a maiden Roland Garros crown to complete the career Grand Slam, defeated Czech seventh seed Tomas Berdych 6-3, 7-5, 6-3, claiming a place in an eighth French Open semi-final and sixth in succession.

But the 29-year-old Serb, who will face Dominic Thiem of Austria today for a spot in the final, admitted he was lucky to escape being kicked out of the tournament in the second game of the third set. Frustrated at missing a break point, Djokovic went to smash his racquet into the ground but it slipped out of his grasp before it flew into the backwall on Philippe Chatrier Court.

Had it hit the nearby line judge, who was forced to take evasive action, Djokovic would have been disqualified. Not surprisingly, he offered a speedy apology to chair umpire Eva Asderaki Moore and escaped with a warning for racquet abuse. “I was lucky there,” admitted Djokovic. “I apologized to the people that have been in this particular situation with me and that could have been hurt by my racquet. “But, you know, it was never the intention. It was just some unfortunate bounce, but fortunate ending of that scenario. That’s all I can say.”

Yesterday’s quarter-final was played out in a damp chill where temperatures nosedived to 12 degrees. But it didn’t stop the Serb from claiming a 24th win in 26 meetings against Berdych and his 11th in a row. Djokovic raced through the first set with breaks in the seventh and ninth games before stretching out to a 4-2 lead in the second.

Berdych broke for the first time to get to 3-4 but Djokovic restored his advantage in the 12th game for a two sets lead. The two men exchanged breaks in the first two games of the third before Berdych became angry over the deteriorating wet conditions. “It’s a circus, just one big circus,” he fumed at tournament referee Wayne McKewen who took the players off for a brief stoppage to allow the rain to pass.

On the resumption, Djokovic broke for 5-3 and took victory when Berdych dumped a service return into the net. Djokovic was playing for the third day in succession after a washout on Monday and just two hours of action on Tuesday. If he is to win an elusive French Open title, the top seed, who is also the Wimbledon, US and Australian Open champion, will have to play five days in six although he will start against Thiem as the favourite having won both their previous matches.

The 22-year-old Thiem defeated Belgium’s David Goffin 4-6, 7-6 (9/7), 6-4, 6-1 to make the semi-finals of a Grand Slam for the first time. “The first two sets were really good tennis. For both of us it was not easy with the conditions, but I am really happy right now,” said Thiem.

In front of a couple of hundred spectators huddled into a damp and chilly Court Suzanne Lenglen, the Austrian took an early 3-1 lead with a break, but Goffin then took control winning five out of the next six games to take the first set 6-4. Thiem, who had won more matches on clay that any other player this year (24), edged the second set tie-break.

The Austrian, who once beefed up his physique by lifting tree trunks, claimed the third set while back-to-back breaks at the start of the fourth meant the way was clear for Thiem to record one of the biggest wins of his career. Today’s other semi-final will see second seed Andy Murray take on Swiss third seed and defending champion Stan Wawrinka. – AP 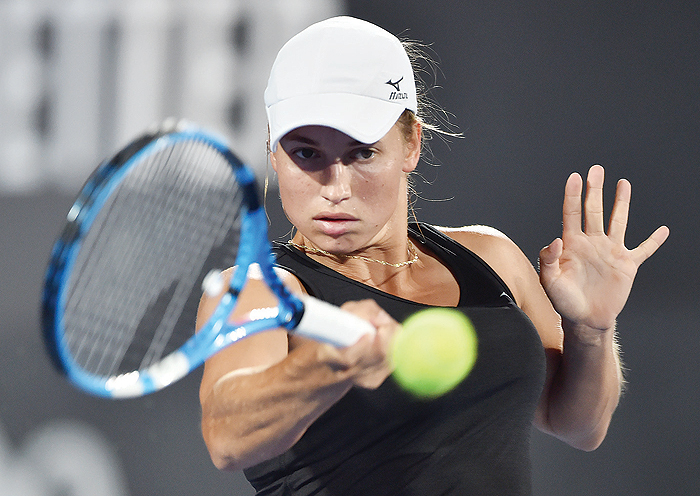 Halep and Stephens bundled out in Sydney International 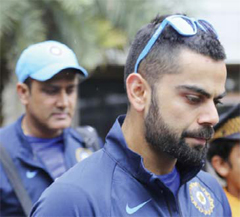 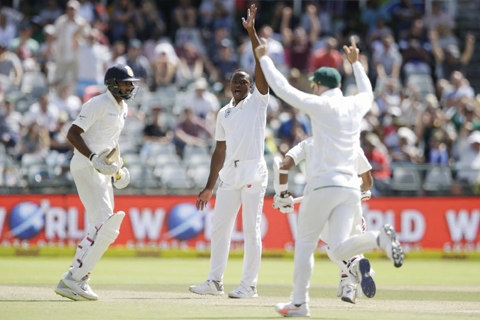 Rabada set to wait for opening chance despite rapid rise 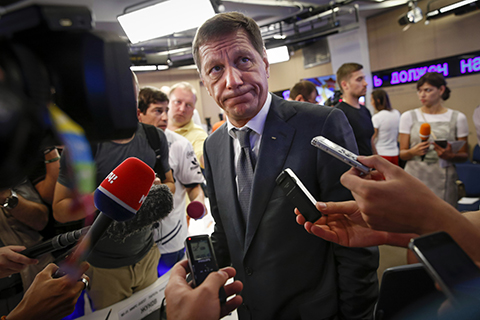