LOS ANGELES: Miami quarterback Tua Tagovailoa threw six touchdowns and the Dolphins erased a 21-point fourth-quarter deficit to beat the Baltimore Ravens 42-38 on a thrilling NFL Sunday. The New York Jets conjured some last-minute magic in a 31-30 victory over the Cleveland Browns, the Arizona Cardinals forced overtime with a two-point conversion then beat the Las Vegas Raiders 29-23, and Tom Brady briefly lost his cool before the Tampa Bay Buccaneers solved the riddle of the New Orleans Saints with an emotional 20-10 triumph at the Superdome.

In Baltimore, the Dolphins spoiled a record-setting day for Ravens quarterback Lamar Jackson as Tagovailoa, intercepted twice in the first half, threw four fourth-quarter touchdowns. Jackson and the Ravens had dominated for three quarters, Jackson throwing three touchdowns and rushing for 119 yards on nine carries.

That included Jackson’s career-long 79-yard rushing touchdown, which saw him top 100 yards on the ground for the 11th time in his career-topping the NFL record for most 100-yard rushing games by a quarterback he had shared with Michael Vick. “Shout out to Tua because he did his thing,” Jackson said of the Dolphins quarterback who finished 36-of-50 for 469 yards. Tagovailoa’s sixth touchdown pass was a seven-yarder to Jaylen Waddle with 14 seconds remaining, set up by a 28-yard run by Chase Edmonds.

Waddle caught two touchdowns and Tyreek Hall had 11 catches with two touchdowns for the Dolphins, who came away the victors after Baltimore’s last-gasp pass in the waning seconds came up short. “This just shows the resiliency of our team,” Tagovailoa said. “You look at the big picture of it, the confidence goes up.” In Cleveland, the Jets looked headed to a second straight defeat, but quarterback Joe Flacco had other ideas. Flacco hit rookie Garrett Wilson with a 15-yard TD pass up the middle with 22 seconds remaining and Greg Zuerlein booted the deciding extra point.

The Browns had taken a 13-point lead with 1:55 remaining on Nick Chubb’s third rushing touchdown, which was followed by a missed extra-point attempt. Flacco connected with Corey Davis for a 66-yard score with 1:22 remaining and, after the Jets recovered the ensuing onside kick, Flacco-filling in for injured Zach Johnson-piloted the drive capped by his pass to Wilson. Cleveland had a final chance, but quarterback Jacoby Brissett was intercepted by Ashtyn Davis with six seconds to play.

In New Orleans, Brady threw a tie-breaking 28-yard touchdown pass to Breshad Perriman in the fourth quarter and cornerback Jamel Dean intercepted Jameis Winston twice as the Bucs broke a seven-game regular-season losing streak against the Saints. Seven-time Super Bowl champion Brady had been 0-4 against the Saints in the regular season since joining the Buccaneers, and he was plenty frustrated as Tampa Bay again struggled to get the offense going against the NFC South division rivals. Television cameras caught him throwing an electronic tablet to the turf in disgust on the sidelines.

Down 3-0 at halftime, the Bucs were still in thanks to their defense, which finished with six sacks. But early in the fourth quarter, frustrations boiled over on both sides as Bucs receiver Mike Evans and Saints cornerback Marshon Lattimore were ejected after their shoving match sparked a brawl at midfield.

Brady helped incite the incident when he complained about a non-call on what he thought was pass interference. But he put the uproar behind him to throw a go-ahead touchdown pass to Breshad Perriman that put the Bucs on the path to a win. “We lost a good player and they lost a good player. It was a physical ballgame,” Bucs coach Todd Bowles said. “I don’t know if it was a turning point,” he added of the brawl. “It could have gone either way. We knew we had to make some plays.”

Tampa Bay intercepted Winston three times in the last 12 minutes and safety Mike Edwards returned one interception 68 yards for a touchdown to put the Bucs up 20-3. It was another comeback win for Arizona in Las Vegas, where the Cardinals recovered a fumble and returned it for a touchdown in overtime to beat the Raiders 29-23. The Cardinals trailed 20-0 at halftime, but pulled within two points when quarterback Kyler Murray scrambled for a three-yard touchdown as time expired in regulation.

They came through with a two-point conversion to force overtime. Elsewhere, the San Francisco 49ers beat the Seattle Seahawks 27-7, but saw quarterback Trey Lance suffer a season-ending broken right ankle on the second drive of the game. Former 49ers starter Jimmy Garoppolo, now backup to Lance, took over his old job and threw for 154 yards and a touchdown, also scoring on a one-yard touchdown run late in the fourth quarter. – AFP 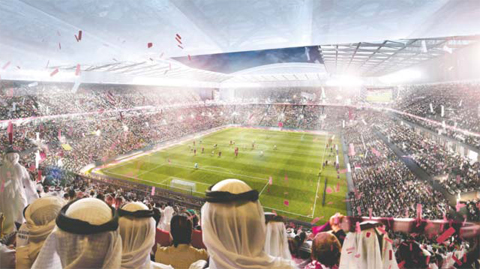 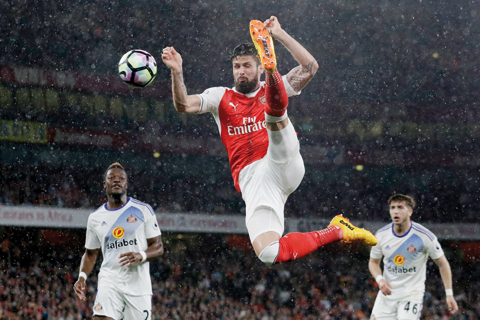 Sanchez keeps Arsenal in Race, City all but there 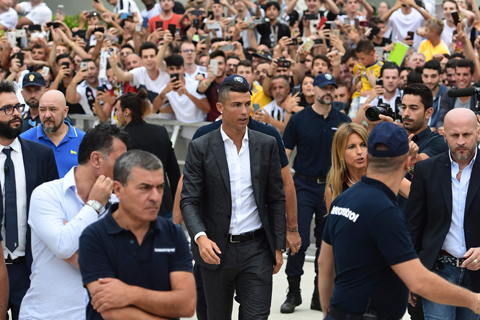 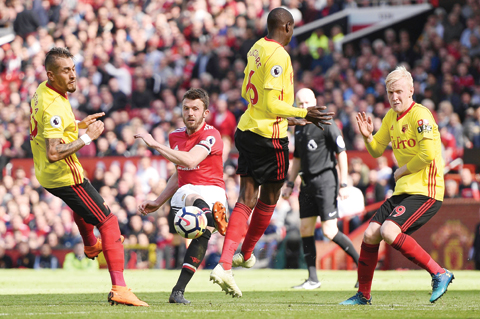